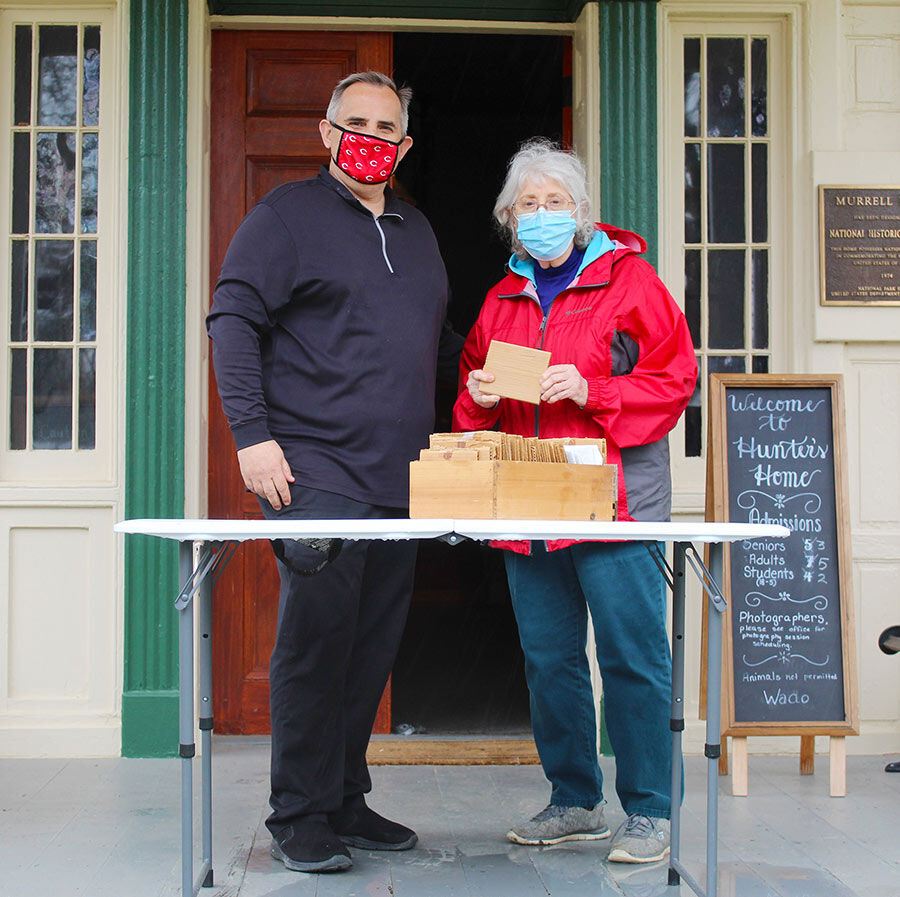 Chad Williams, Oklahoma Historical Society director of research, and Shirley Pettengill, former site manager and Friends of the Murrell Home volunteer, look through photographic glass plates that were recently donated by the family Jennie Ross Cobb to the Hunter’s Home in Park Hill. 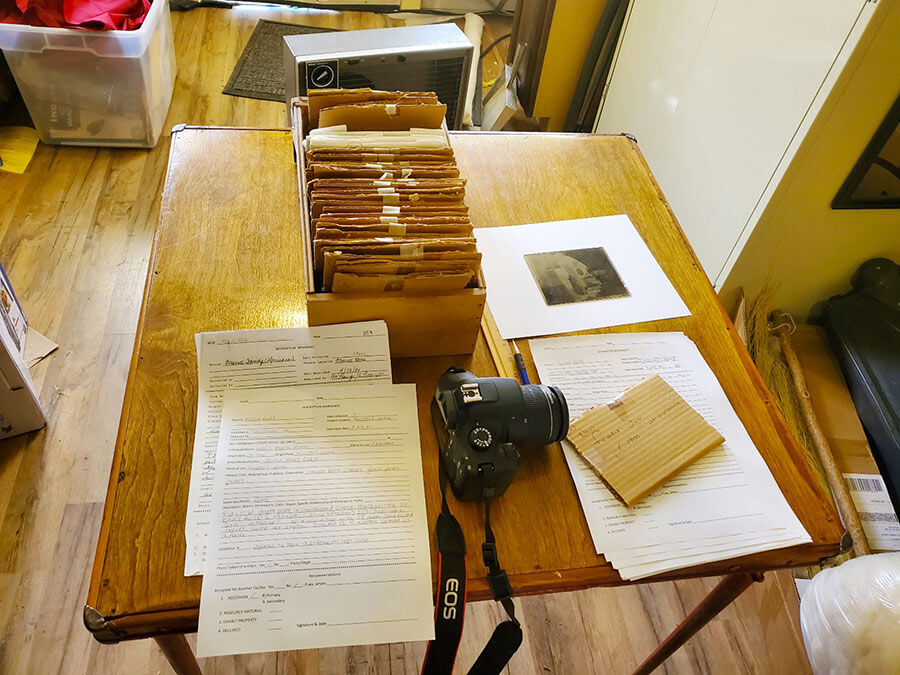 Chad Williams, Oklahoma Historical Society director of research, and Shirley Pettengill, former site manager and Friends of the Murrell Home volunteer, look through photographic glass plates that were recently donated by the family Jennie Ross Cobb to the Hunter’s Home in Park Hill.

“What makes this donation so special is that they were created by Jennie Ross Cobb, a noted Cherokee photographer and our first caretaker,” said Shirley Pettengill, former director of Hunter’s Home and a current volunteer at the site.

Cobb’s nephew, Robert Bruce Ross IV, donated the plates, returning them to the place of their origin. Assisting in facilitating the donation were Jennie’s grandson, Cliff Biggers, and a cousin, Gayle Ross. As a child, Biggers lived on-site with his grandmother. He also donated a ledger used by Cobb at Hunter’s Home.

“Jennie lived in the home and developed many of her glass plates in one of the closets,” said David Fowler, director of Hunter’s Home. “Some of the images were already in the Oklahoma Historical Society collections, but some are new to us. Jennie started taking photographs around 1896 and continued until around 1903, leaving a showcase of what life was like for affluent Cherokees in the late 19th and early 20th centuries.”

Cobb lived with her family at Hunter’s Home from 1894 until 1900, when she graduated from the Cherokee Female Seminary and became a teacher at rural schools. She married in 1905 and moved to Texas, where she ran a floral shop and her husband, Jesse Clifton “J. C.” Cobb, worked as an oil field engineer. The couple had one daughter, Jenevieve, in 1906. J. C. died in 1940, and when Jenevieve died in 1945, Jennie took her two grandchildren, Jennifer and Cliff Biggers, to raise. In 1952, Cobb left Texas with her grandchildren and returned to Park Hill and Hunter’s Home. The state of Oklahoma had purchased the home with plans to restore it and open it to the public. Jennie served as the caretaker for the Murrell Home, as the state named it, from 1952 until her death in 1959.

Using the photographic images taken during her family’s years at Hunter’s Home, Cobb guided the restoration work. The images documented how the house and grounds looked when she lived there as well as the original furnishings that remained.

“Jennie’s images have been invaluable as we work to re-create life in the 1850s at Hunter’s Home,” said Fowler.

Hunter’s Home is a division of the Oklahoma Historical Society. For information, visit www.okhistory.org.