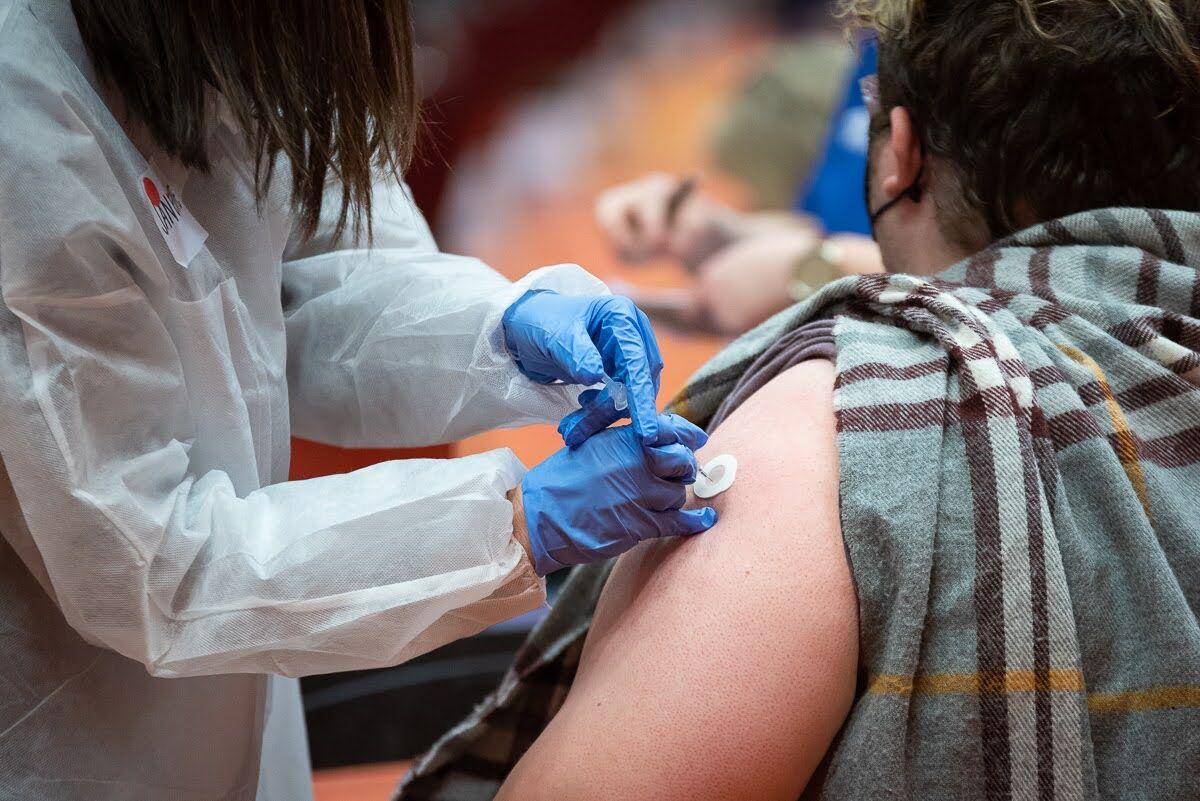 Janene Stewart, director of operations at Norman Regional Hospital, administers a COVID-19 vaccine Feb. 22 in Norman the day teachers and adults with comorbidities became eligible to receive the vaccines. 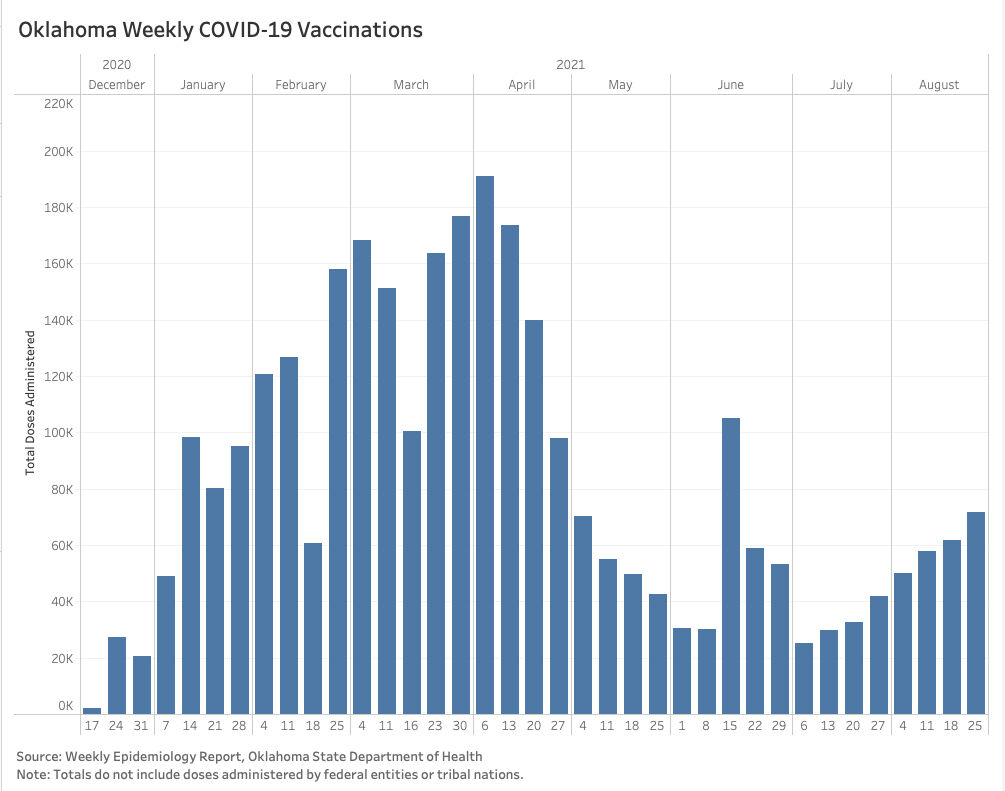 Janene Stewart, director of operations at Norman Regional Hospital, administers a COVID-19 vaccine Feb. 22 in Norman the day teachers and adults with comorbidities became eligible to receive the vaccines.

OKLAHOMA CITY – COVID-19 vaccinations are accelerating in Oklahoma as the state sees a rapid rise in cases from the Delta variant and students return to school and colleges.

More than 71,000 doses were given in the last week of August, up more than 40% from the previous month, according to data from the Oklahoma State Department of Health. The state ranked ninth in the nation for doses given by population.

The recent increase in vaccinations is a rare bright spot as COVID-19 hospitalizations have strained the state’s health care system. Still, Oklahoma remains behind all but nine other states when it comes to vaccination rates, with 43% of the state’s population fully vaccinated.

Public health officials hope final approval of the two-dose Pfizer vaccine by the U.S. Food and Drug Administration will spur some vaccine hesitant residents to finally get the vaccine.

More than 142,000 Oklahomans are two or more weeks late in getting their second dose of either the Pfizer or Moderna vaccines, the health department said Aug. 27. That’s almost 9% of the 1.65 million people who had a first dose of those vaccines. (About 110,000 Oklahomans have taken the one-dose Johnson & Johnson vaccine.)

Just 98 of the 623 ZIP codes with vaccination data had rates higher than the state’s average vaccination rate. That’s up from the previous month, when 73 ZIP codes were higher.

The state provides the COVID-19 vaccination data by ZIP code on a biweekly basis, but it doesn’t include doses administered by federal entities or tribal nations. That means rates may appear lower than they are in areas with higher proportions of Native American residents or military installations.

August was set to be the fourth-highest month for new cases. Almost 60,000 new cases were reported as of Aug. 27, more than all the cases recorded from March to July combined.