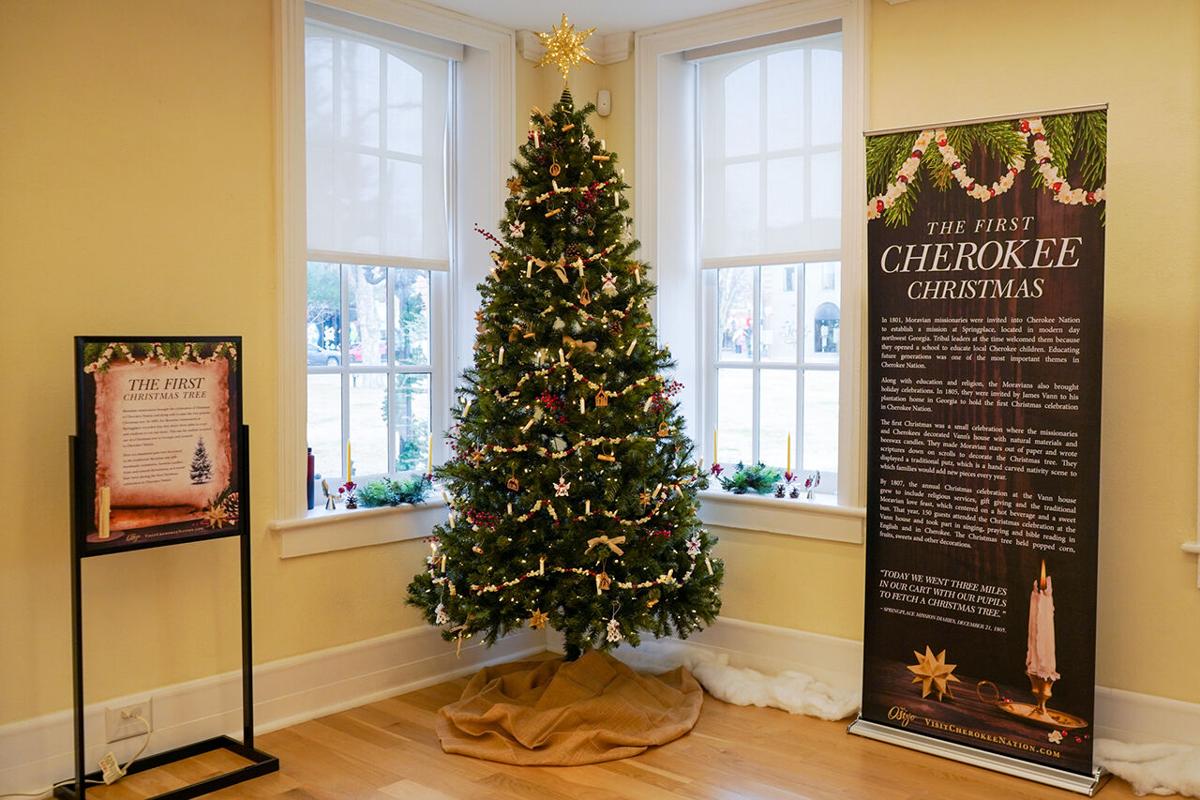 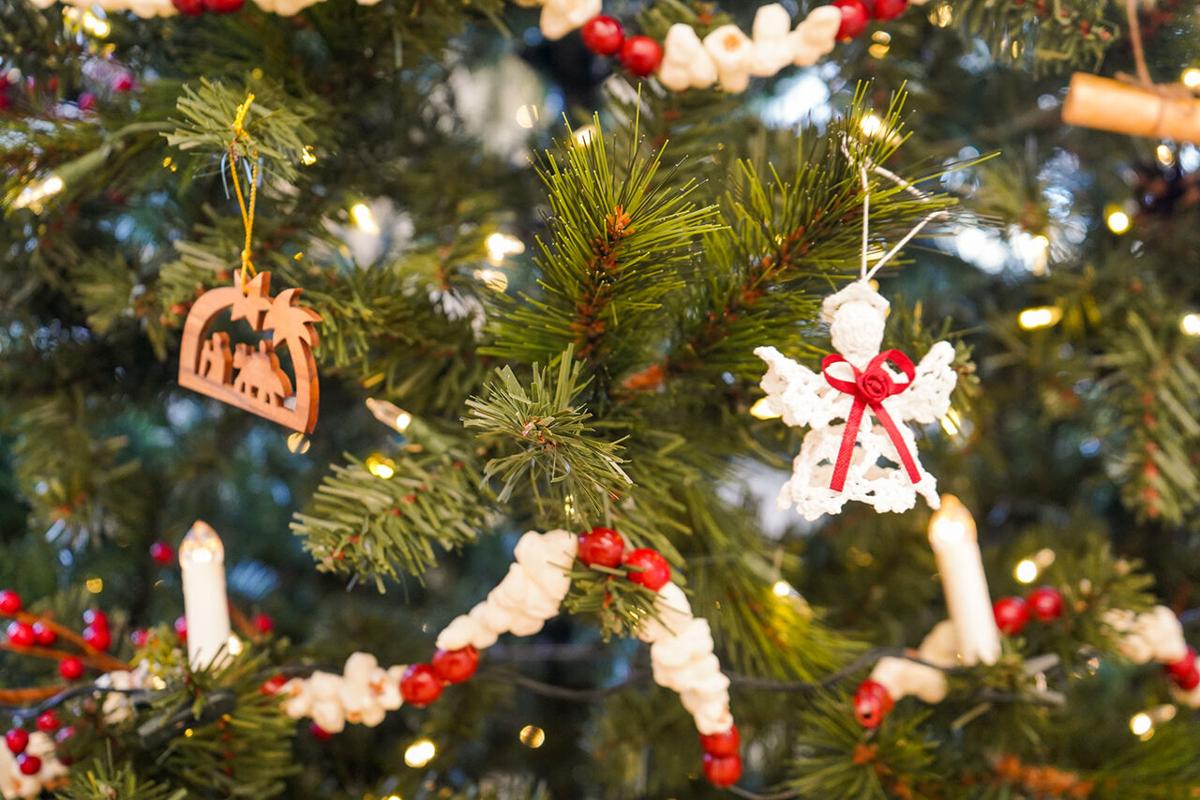 TAHLEQUAH – In life, there is always a first time that something is experienced. For a group of Cherokee in 1805, they experienced their first Christmas celebration with a group of Moravian Missionaries.

Karen Shade-Lanier, interpretive projects coordinator for Cherokee Nation Cultural Tourism, said the first documented Cherokee Christmas celebration hosted by Cherokee James Vann at his home in Georgia would have been more “low key” compared to what some celebrations may look like today.

“Prior to the Moravians arriving in Cherokee Nation, I believe that was around 1801, you had many Cherokee who had already had some assimilation into American culture to some degree,” she said. “Whenever James Vann invited the Moravians to his home in 1805, they held a celebration…and that was probably a little more low-key, I would imagine, then what we would think of as a celebration of Christmas.”

Some of the decorations, Shade-Lanier said, included natural and handmade ornaments as well as popcorn strung along the tree. She added that there would have been prayer, singing and possibly a sermon during the celebration as well.

“I understand that there were also these scrolls that were written on and cut out and then rolled up and then placed on the tree, the tradition of the Moravians,” she said. “And then these Moravian stars that were cut out of paper and placed on the tree as well, in addition to having the beeswax candles lit...”

As far as Vann hosting the Moravian’s, Shade-Lanier said he may have hosted the gathering due to a number of things such as his status and being among Cherokees who were “more” ready to adapt to American traditions and values.

“I think that he was among the Cherokees who were more ready to adapt to American traditions, American values, not entirely foregoing their own as Cherokees, but assimilating those in,” she said. “That was the message that was being given to Cherokees in those days that you have to be more like Americans, and part of that involved educating Cherokees to be prepared for what was coming...so, he was among the ones who were ready to take a look at what the Moravians had to offer.”

Shade-Lanier said she views the first Cherokee Christmas as a time of curiosity and the beginning of a new celebration.

“At this first Christmas, I always think about what the experience might have been like for those Cherokees who were part of that celebration. I think exposure to this new celebration brought in by the Moravians must have been very curious, for some, perhaps not for all of them,” she said. “This was the beginning of a new celebration for them and (the) beginning of many changes for the Cherokee. This exhibit always reminds me of the transitions that our people have gone through over centuries, and that’s always something worth exploring.”

The exhibit highlighting the first Cherokee Christmas can be viewed at the Cherokee National History Museum throughout the end of the year.

“We’ve tried to make our tree a simulation as close as we can with the kind of technology and the kind of materials that we have at hand to really reflect what we believe that the first Moravian Christmas tree in Cherokee Nation would have looked like,” Shade-Lanier said.

The Cherokee National History Museum is located at 101 S. Muskogee Ave. and is open Tuesday through Saturday from 10 a.m. to 4 p.m.