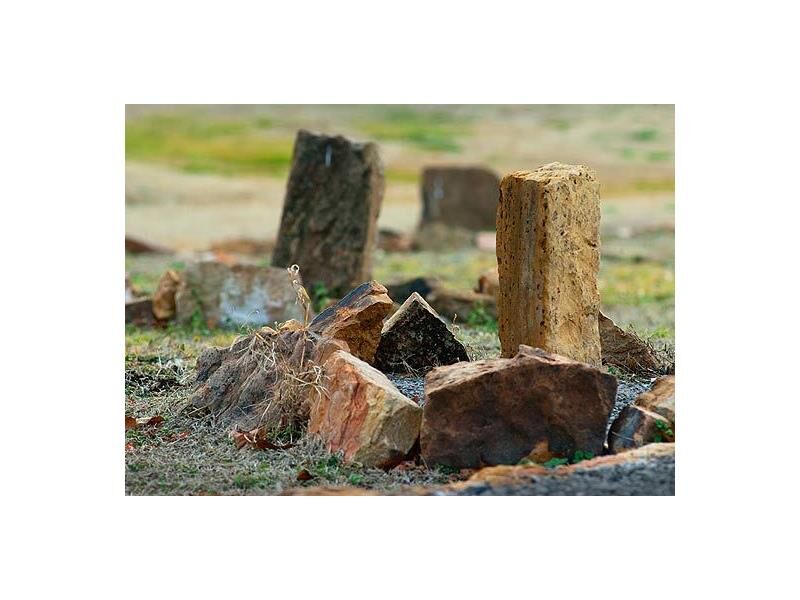 All of the stones used as grave markers at the Sequoyah orphan cemetery in Tahlequah, Okla., are salvaged stones from the third floor of the old Cherokee Nation jail. ROBERT STINSON/CHEROKEE PHOENIX 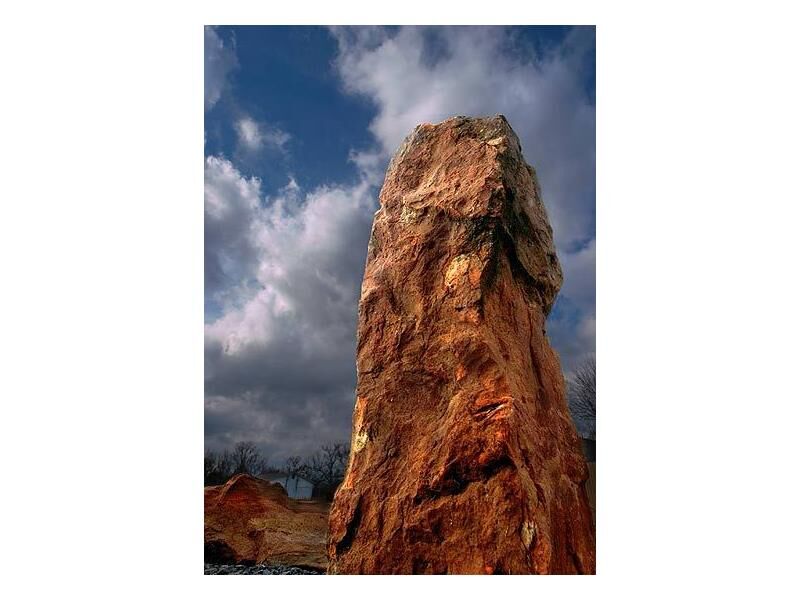 There were 32 grave sites found in the Sequoyah orphan cemetery in Tahlequah, Okla. Each marker serves as a representation to remember those who are there. ROBERT STINSON/CHEROKEE PHOENIX

All of the stones used as grave markers at the Sequoyah orphan cemetery in Tahlequah, Okla., are salvaged stones from the third floor of the old Cherokee Nation jail. ROBERT STINSON/CHEROKEE PHOENIX

There were 32 grave sites found in the Sequoyah orphan cemetery in Tahlequah, Okla. Each marker serves as a representation to remember those who are there. ROBERT STINSON/CHEROKEE PHOENIX

TAHLEQUAH, Okla. -- Across from Sequoyah High School along Highway 62 in the Southgate Business Park is a small, bordered area where the Cherokee Nation has placed 32 stones to represent a cemetery that went forgotten for decades.

The cemetery, commonly called the Sequoyah orphan cemetery, began for children who attended Sequoyah during its days as an orphanage.

After the Civil War, Cherokee children were orphaned because of fighting between Cherokees. In 1871, the Cherokee National Council authorized the orphanage's construction about four miles southwest of Tahlequah.

"All of the stones that are over at the cemetery are actually stones that were salvaged from the third floor of the Cherokee Nation jail facility," CN Natural Resources Group Leader Pat Gwin said. The jail no longer stands, and its material is stored at the Cherokee Heritage Center. "We used that to make the rock walkways and the rock headstones."

The orphanage also housed as an institution for the handicapped, and Sequoyah teacher Don Franklin believes that patients who died at the institution are buried in the cemetery.

"The cemetery probably started, or I assume it started, while the school had a previous institution for handicapped people," he said. "It was for mentally ill, blind, crippled, people who could not take care of themselves."

Franklin said he believes officials began burying people in the cemetery in 1904 and quit in the 1940s. He's studied the school's history and interviewed alumni and administrators because there are no cemetery records.

"They were either lost or somebody didn't want people to know that there was a cemetery there. I've heard through different people that they suspect that some of the people may have hidden some of the records or those records may exist and they may be in the archives," he said. "Since the government ran the school, a lot of the records from the school went to the National Archives. So they may be somewhere in federal government files, in the archives, and nobody has really looked for them or found them...I mean there's a lot of ways records end up disappearing."

In 1914, the Nation sold the school property, approximately 40 acres, to the Department of Interior for $5,000. And in 1919, the first roadway easement in Cherokee County cut through the government-owned property, according to CN records.

In 1925, the institution's name was changed to Sequoyah Orphan Training School in honor of the man who developed the Cherokee syllabary.

Cecil Shipp, who remembers the cemetery, attended the school from 1943-54. He said while he was there, he saw no burials.

"The cemetery had an old, beat-up barbed wire fence around it and that old fence is long disappeared. We used to walk in there quite a bit, just to have something to do on the weekends."

When Shipp attended the school, officials sent students who had gotten in trouble to the cemetery to clean it.

"There were about five or six DAR tombstones, Daughters of the American Revolution, white marble in there and then the others had sandstone for markers and there were probably about 30 or 40 gravesites in there," he said. "Very few of those had a born date and death date. The five, white marble, DAR markers, they were readable."

In 1956, the road separating the cemetery and the school was turned into Highway 62. A year later, the land with the cemetery was deeded to the school's late superintendent, Diamond Roach.

According to a 2003 Cherokee Phoenix article, the late John Ketcher, a former CN deputy chief and Tribal Councilor who attended Sequoyah, said the land belonged to the school and should have remained in trust under the Bureau of Indian Affairs, but it was somehow sold to an individual who sold it to Roach.

Ketcher said in the late 1950s Roach bulldozed the headstones from the cemetery because his family didn't want to live next to a cemetery. Not long after, Roach bought land north of the cemetery and had a home built there. The home still stands.

Ketcher said Roach pushed the headstones into one pile, and the cemetery site was used as a training area for students wanting to learn how to drive heavy construction equipment. Eventually, the headstones disappeared along with any trace of the cemetery.

"I know that Natural Resources staff has went and looked in some of the area suspect spots like ditches and ponds and so forth," Gwin said. "We haven't been able to find them, but those headstones were removed decades ago."

In 1985, the Nation reassumed operation of the school from the BIA and renamed it Sequoyah High School. In 2005, the tribe purchased the roughly half-acre plot containing the cemetery to keep development from occurring. It purchased the rest of the land around the cemetery the following year.

After purchasing the property, the Nation hired a contractor to use ground-penetrating radar to help locate graves. Once the site was surveyed, 32 gravesites were found, but some people believe there may be more under nearby buildings or yards away from the site.

"I'm sure there's more graves," Franklin said. "I'd always heard from people, who were around, that there were probably around 50 graves over there or 50 headstones."

Today, the Nation maintains the cemetery, and each stone represents a tombstone.

"I'm very glad they left it in place, and it is marked so if people want to go see it, it's there and it's at least in the area," Franklin said. "Hopefully, it's in the exact area and those graves are actually marked where those people are. At least they can be remembered."