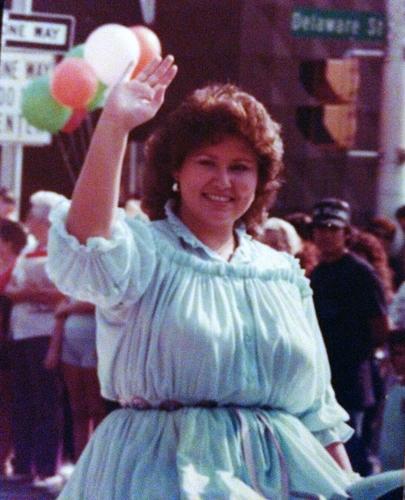 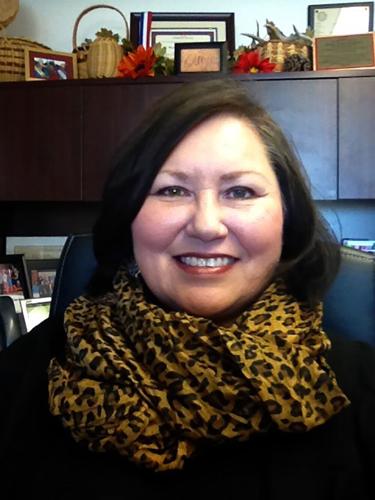 TAHLEQUAH – Miss Cherokee exemplifies what it is to be a goodwill ambassador for the Cherokee Nation, a notion that MaryKay Henderson has carried with her since she held the Miss Cherokee title.

Henderson is only one of two Miss Cherokees to have ever held the title for two years consecutively.

She said when she was encouraged to apply she met the idea with a lot of hesitation.

“When I looked at it, I thought, ‘Miss Cherokee? I’m not going to be in a pageant.’ That’s not me,” she said. “I love to sing and I sang a lot, but I don’t like to compete against other people one on one like that.”

On the day of the pageant Henderson said she was still unsure about competing.

“I stopped three times,” she said. “I can show you on the road where I stopped and pulled my car over and thought, ‘I’m turning around, going home. I’m not going to do this pageant. I’m not a pageant girl.’”

Running in the 1980 Miss Cherokee competition, Henderson said there were seven to nine young women who were vying for the title during the Cherokee National Holiday weekend.

“This is when they would announce the three finalists on Friday night,” she said. “But you had to wait until Saturday morning, after we all rode in the parade, but then Saturday morning they crowned Miss Cherokee downtown at the State of the Nation address.”

During the competition, known for her vocal abilities, Henderson sang for the talent portion and modeled her Lorene Drywater tear dress.

“One of the things I remember, after watching pageants on TV, they would announce Miss Congeniality, which the girls voted on,” she said. “She was never in the finals. Everybody liked her, but she was never one of the top three. So that night they called out Miss Congeniality and said my name, ‘I was like, oh no, I’ll never win.’”

But the next day, Henderson was crowned the 1980-81 Miss Cherokee.

“I was shocked, totally shocked,” she said. “I couldn’t believe that I had been selected to do something that I didn’t want to do.”

The day she was crowned Henderson said she “hit the floor running.” From there, she attended community meetings with then-Principal Chief Ross Swimmer and also attended out-of-state meetings and events, sang at each meeting or event and met with people.

Henderson said since being Miss Cherokee, the one thing that always stayed with her was being a goodwill ambassador for the tribe everywhere she went.

When her year ended, she was called in by the Miss Cherokee committee and asked to continue her reign for another year.

At the time, Swimmer had fallen ill and was unable to attend every meeting and would send representatives out, including Miss Cherokee.

“I was scared to death; I thought I was in trouble,” she said. “They said we want to know if you can do this for another year. Ross is in and out. You know the drill. You have a positive face. You’ve done a great job. Would you continue for another year? And I said I’d be honored to do it.”

After her 1981-82 reign, Henderson went on to get married, have children and eventually become the tribe’s Cherokee National Youth Choir director, a position she has held since 2003. She also has served on the Miss Cherokee committee for at least the last 15 years.

She said being Miss Cherokee is to take seriously the role of goodwill ambassador and do what they can to help.

“I think you have to like people and you have to be interested in your culture, wanting to learn things because no one expects Miss Cherokee to know everything or do everything the minute she is crowned,” she said. “No one expects that. But you need to be interested. You need to be ready to learn. And be willing to serve. You can take your crown off and you can work; it’s OK.”