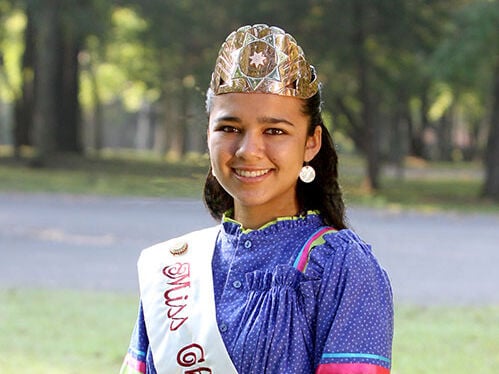 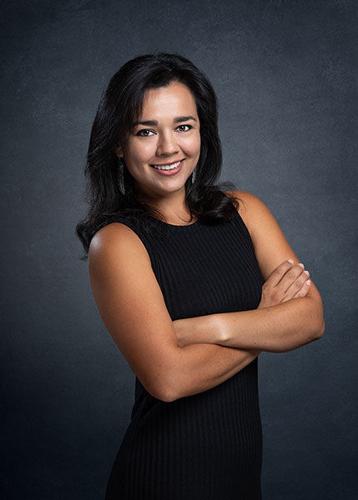 Cherokee Nation Citizen Feather Smith, 2008-09 Miss Cherokee, works at Cherokee Nation as an Ethnobiology Manager. In her role, she educates students and the community about Cherokee plants, culture and the language but also has a hands-on role in the CN Seed Bank and CN Heirloom Garden and Native Plants Site.

Cherokee Nation Citizen Feather Smith, 2008-09 Miss Cherokee, works at Cherokee Nation as an Ethnobiology Manager. In her role, she educates students and the community about Cherokee plants, culture and the language but also has a hands-on role in the CN Seed Bank and CN Heirloom Garden and Native Plants Site.

Her interest in Miss Cherokee, Smith said, came after former Miss Cherokee Tonya Still visited her school. She added that she was a “shy” child so her mother put her in the ambassador competitions to help her become more “comfortable” being in front of people.

“It had kind of been one of those dreams of mine from the time as a child, but I was also a very, very shy child and had a tough time speaking in front of people,” she said. “My mother had started putting me into the…competitions trying to help me kind of get more comfortable being in front of people.”

Smith saw success in her efforts and after her reign as Junior Miss Cherokee ended, she competed for the Miss Cherokee title. A title, she said, she thought she wouldn’t win her first time competing.

“The first year I had competed for Junior Miss Cherokee…I certainly didn’t expect to win that first time, and I did not win the first time,” she said. “I really kind of expected that first go around for the Miss Cherokee competition to be similar. I was kind of shocked to actually win that first year. I was really kind of overwhelmed by everybody’s reaction when they announced my name to the point that I almost got kind of emotional because I was happy to have actually been crowned.”

Smith was officially crowned as the 2008-09 Miss Cherokee, and focused her platform on reading disabilities.

“My brother is dyslexic, and I have several friends who are also dyslexic. Many of them growing up had a tough time in school and had to deal with the teasing and things from both being in special education and having a hard time reading in public,” she said. “So, one of the things that I got out and spoke about throughout that year was sort of the importance of reading but also the importance of...getting rid of the stigma behind that.”

While serving as Miss Cherokee, Smith said some of her favorite moments were being able to work with local communities and especially visiting students, which was an important part of why she wanted to be Miss Cherokee.

“I can remember some of the kids coming up and talking to me about it (her platform) afterwards saying that…they had a tough time and we’re happy that I spoke on it or…that they had never really thought about it and would try to encourage some of the other kids as opposed to picking on (them),” she said. “I think oftentimes getting to work with the children and realizing…what a role model that we really are as Miss Cherokees was really exciting.”

Smith said serving as Miss Cherokee helped her confidence level grow and she became more comfortable with public speaking, which is a large portion of her job. She is the tribe’s Ethnobiology Manager and educates students and the community about Cherokee plants, culture and the language but also has a hands-on role in the CN Seed Bank and CN Heirloom Garden and Native Plants Site.

“We grow the majority of the seeds for the seed bank, which are all Cherokee heirloom crops. Things that have been grown and cultivated by the tribe for centuries,” said Smith, who has a degree in Fish and Wildlife Biology from Northeastern State University.

Words of advice that Smith said she would give to others wanting to become Miss Cherokee is to try it out and not be discouraged if you don’t win the first time.

“I think oftentimes when people go in and they compete in competitions like this they get discouraged that first year if they don’t place or they don't do well. But every year that you take part in one of those competitions it helps prepare you in other areas of your life and…potentially running again the next time,” she said.

Where Are They Now: Miss Cherokee 2008-09 Feather Smith