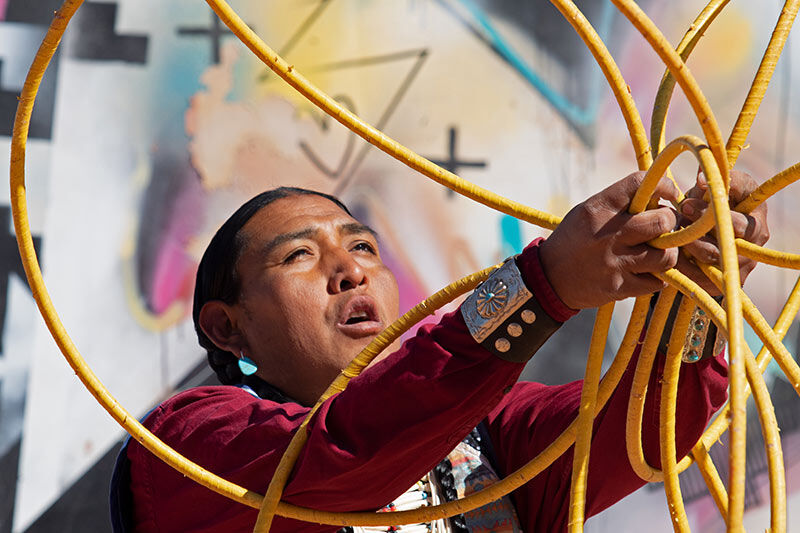 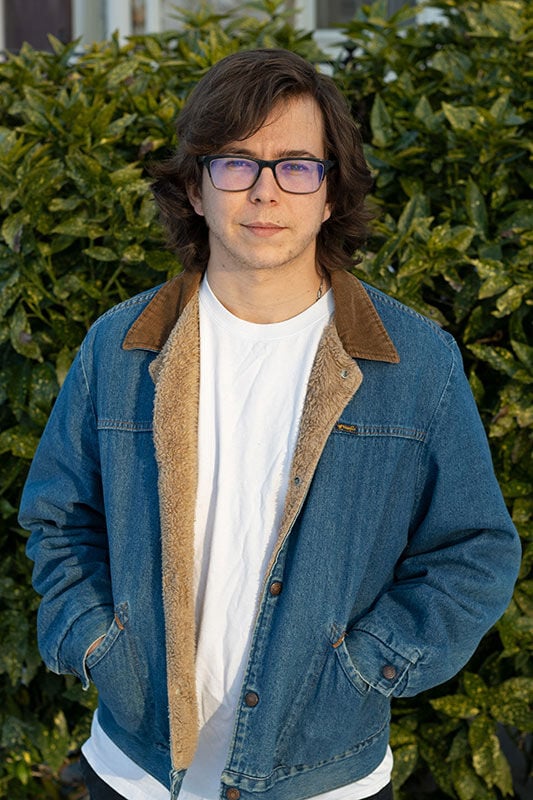 Cherokee Nation citizen Zane Meyer-Thornton says he found his interest in photography shortly after graduating from high school. He is majoring in photojournalism at Western Kentucky University.

BOWLING GREEN, Kentucky – After his selection as a Native American Journalists Association Fellow, a Cherokee Nation citizen is putting together his associated project and looking forward to a career that includes coverage of Native issues and subjects.

Zane Meyer-Thornton, a Western Kentucky University student, was one of six chosen by NAJA for its 2021 Native American Journalism Fellowship who are working in their respective projects during the fall term under mentors.

“My plan is still tentative,” he said. “I’ve been in contact with a man in Nashville, and he is a member of a few different tribes. He is a traditional dancer, and it’s a family affair with his wife and kids. I want to talk with him about keeping that tradition alive in a place that is not densely populated with Natives.”

That is the larger project, but Meyer-Thornton will also look for other stories within Indigenous communities and receive some knowledgeable counsel.

“Mentors provide us with advice and guidance to make the projects they best they can be, and be published, possibly through an NPR station or a TV station,” he said.

He said every day “is new” in photojournalism, regardless of the medium.

“It can be one story today, and tomorrow it can be different,” he said. “People are passionate about whatever it is they do. You get to tell those stories. You never have a repetitive day, which is very enjoyable.”

In any visual journalism medium, written words are necessary, be it online, in a newspaper or magazine, or with the use of chyrons on TV. But it’s the visuals that make the story far less abstract, Meyer-Thornton said.

“Visual communication can transmit stories a lot more emotionally,” he said. “Visuals can still display well-articulated points and do powerful things in the world around us by sharing people’s stories and experiences.”

Meyer-Thornton grew up in Los Angeles. He finished high school and attended community college, and it wasn’t long after finishing high school that he discovered his interest in photography and photojournalism.

“It led me to Western Kentucky,” he said. “They have a really great program here. I’ve been at (photography) for maybe six or seven years, and it has really worked out for me.”

As a child, Meyer-Thornton was aware of his Native American heritage, but that awareness started with “little things like different decorations around the house.”

“We had a set of stickball sticks hanging on the wall,” he said. “That’s maybe a sort of subconscious thing that you don’t really notice until you’re older. But there were other things, like my mom pulled me out of school before Thanksgiving as they were telling how it happened when I was in second grade. She didn’t give me the full unabridged version of what really happened, but she did give me a more realistic sense of it. At 6 or 7, that was pretty impactful on a lot of different levels.”

His parents were professors at UCLA, teaching subjects such as Indigenous studies and anthropology. He sat in on their classes when he could.

“Growing older, it’s been not just about my personal lineage, but the Cherokee people as a whole and other tribes as well,” Meyer-Thornton said. “I got to visit Vian, Oklahoma, on my way to Western Kentucky with my dad. We stopped there because the main road in this little town is Thornton Street, and that’s an attachment to my family heritage.”

Once he graduates and is in the field, he hopes to either work for a Native news organization, or a mainstream outfit that allows him to include Native stories in his beat assignments.

“I think in visual storytelling the best work is done in a long-form sense by people from the communities they are documenting,” he said. “For me, it is important to document modern Indigenous relations, whether it is the progress we’re seeing or some of the downsides that are happening still. I feel like that’s my goal, my purpose. For at least a good portion of my career, that’s what I want to focus on.”