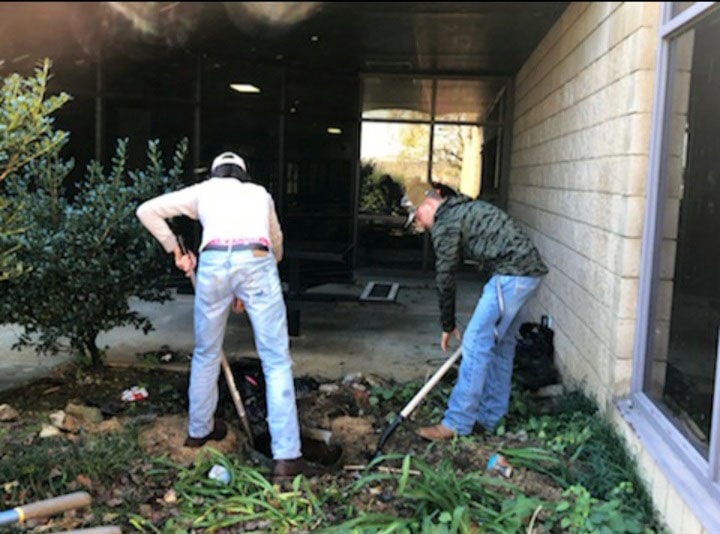 Cherokee Nation citizen Gabriel Timmerman, left, and a classmate clean a flowerbed during a workday at Sallisaw High School set up by Timmerman for students when all other school activities were halted by the pandemic. 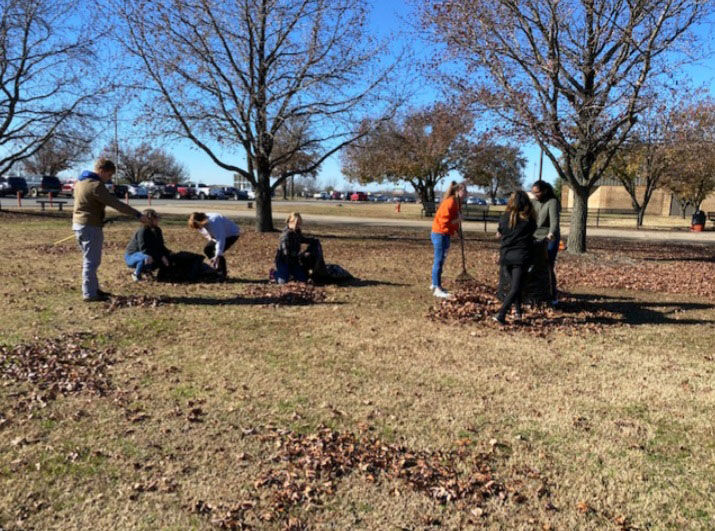 A group of students at Sallisaw High School students remove piles of leaves during a workday set up by senior class president and Cherokee Nation citizen Gabriel Timmerman. Students worked on projects for community service hours when other school activities were cancelled during the COVID-19 pandemic. 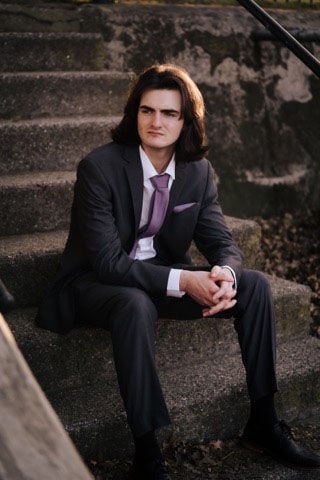 Cherokee Nation citizen Gabriel Timmerman, left, and a classmate clean a flowerbed during a workday at Sallisaw High School set up by Timmerman for students when all other school activities were halted by the pandemic.

A group of students at Sallisaw High School students remove piles of leaves during a workday set up by senior class president and Cherokee Nation citizen Gabriel Timmerman. Students worked on projects for community service hours when other school activities were cancelled during the COVID-19 pandemic.

SALLISAW – When Cherokee Nation citizen Gabriel Timmerman ended his junior year at Sallisaw High School, little did he know what the year would bring and how his senior year would be greatly affected by the COVID-19 pandemic.

Like most Oklahoma schools, he went on spring break and didn’t go back to school until the fall. Timmerman said his summer break was also different because he could not resume usual summer activities such as camping or visiting the lake. Instead he found another hobby.

“Over the summer we always had vacations or we would do something whether it would be going to the lake or camping. But we had nothing. So it was just weeks of free time,” he said. “I did end up finding a hobby and I grew a big garden. It was maybe half an acre. So I grew a really big garden and that kept me busy until school started back.”

When school resumed, he knew things would be different.

“I was eager to get back to school just to have something to do. I missed my daily routine. When we got there we didn’t know what to expect. We had to wear a mask all the time. That was the hardest thing getting used to, just having to constantly wear the mask,” he said. “Of the entire student body only about half of us were there on campus and it’s really had a negative effect on our class from what I understand, and my graduating class is going to be the smallest class graduating since the 1940s. I think maybe 89 of us out of 100. Its really hurt a lot of people.”

Timmerman said he used his leadership roles as class president and recycling club president to create projects when most regular activities were halted.

“I tried to keep us busy. We do the pep rally. We didn’t have any pep rallies this year. That really hurt us. It was just something we always looked forward to doing. It was fun,” he said. “We were student council and we were in charge of planning. We’d always come up with fun games to get people excited about the game. We didn’t get that this year. A lot of our fundraisers, we’d normally have food drives or stuffed animal drives, Christmas toys, we didn’t get to do any of that this year. So that was a little sad.”

With the school’s support, he was able to organize school clean-ups and planting trees around campus.

“It’s really great because a lot of us are also in the National Honors Society, and in the society you have to have 10 hours of community service. So five hours semester and people are struggling. That’s another reason why I tried to organize a lot of these events just to get them community service hours so we can sign off on it,” he said.

Timmerman had 28 hours of college credit from the University of Oklahoma when he graduated through concurrent enrollment. He said he plans to study environmental studies and minor in Native American studies. He intends to go to OU’s College of Law and become an environmental lawyer with hopes to work for the CN.

“I’d like to be an environment lawyer for the Cherokee Nation,” he said. “Ever since the chief created the new environmental department, and he created the first fish and wildlife department, I’m fascinated with that. That’s something I’m really passionate about, protecting our natural resources.”

He said having his family’s support is what helped him thrive through his senior year, and he hopes his senior class is an example to the next senior class.

“As hard as this year has been, I wouldn’t change it because we made it. People that are graduating this year it shows that we can make it,” he said. “And we are going to be an example for the next groups to come. Everything has changed. I don’t think it will go back to the way it was but I think my group this year, I think we can help people to get through this because we took the worst of it. I think we can show a good example of what you can do.”