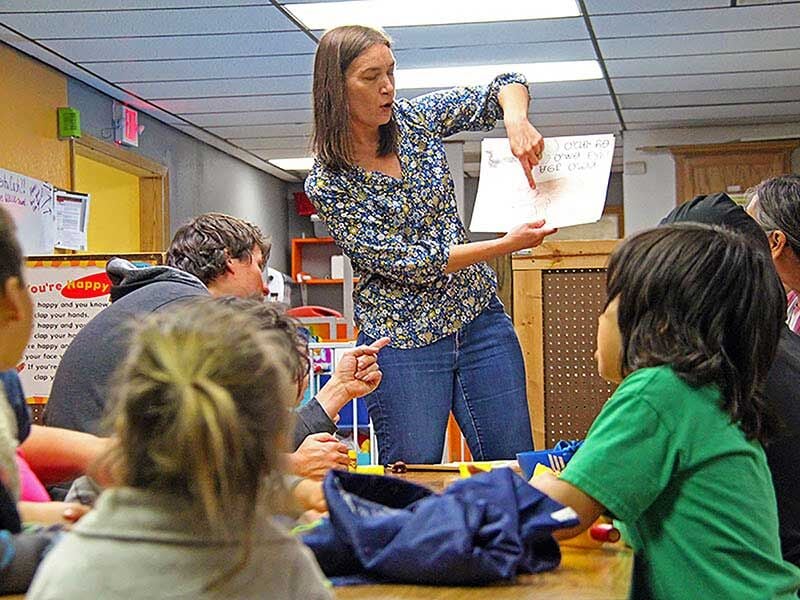 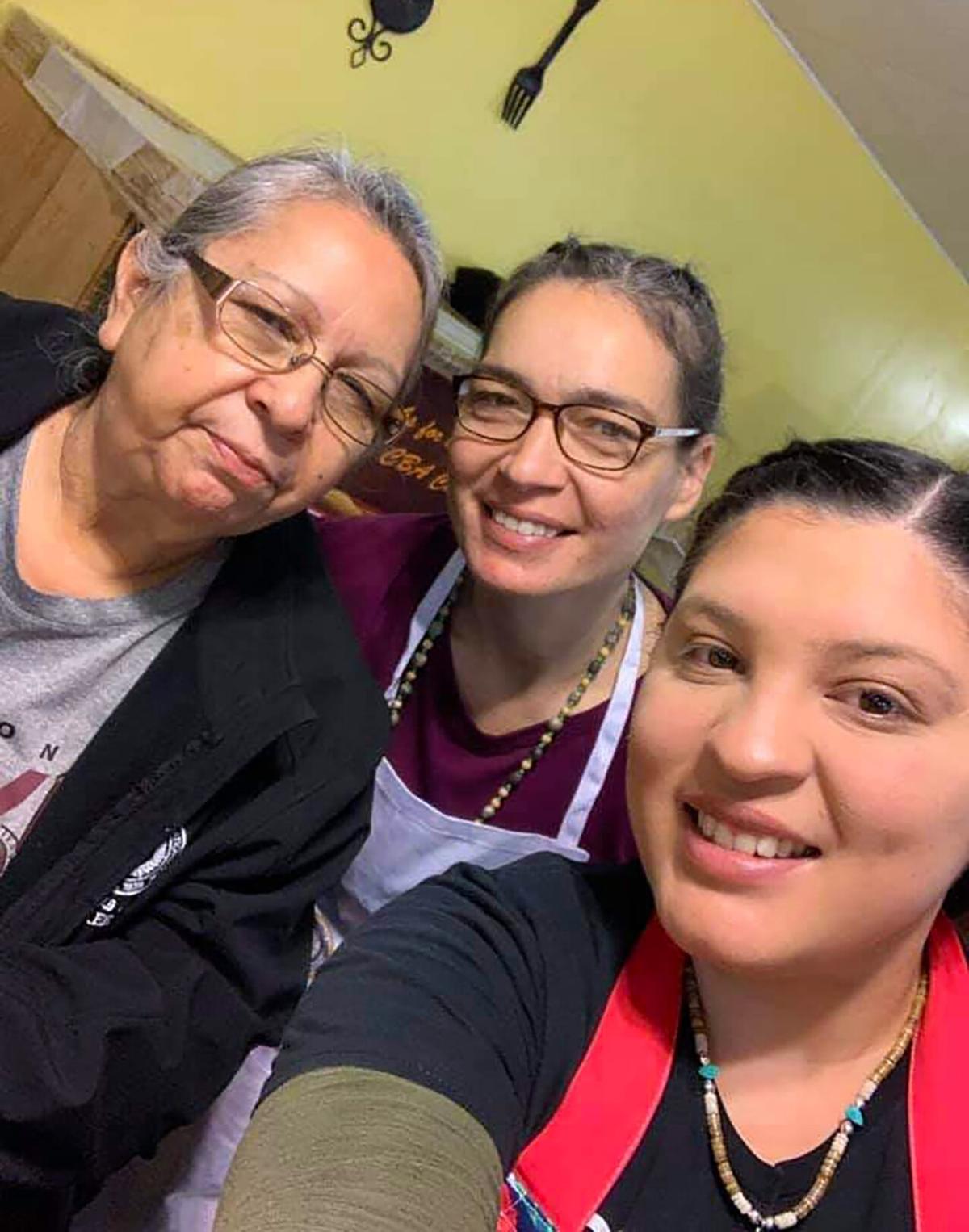 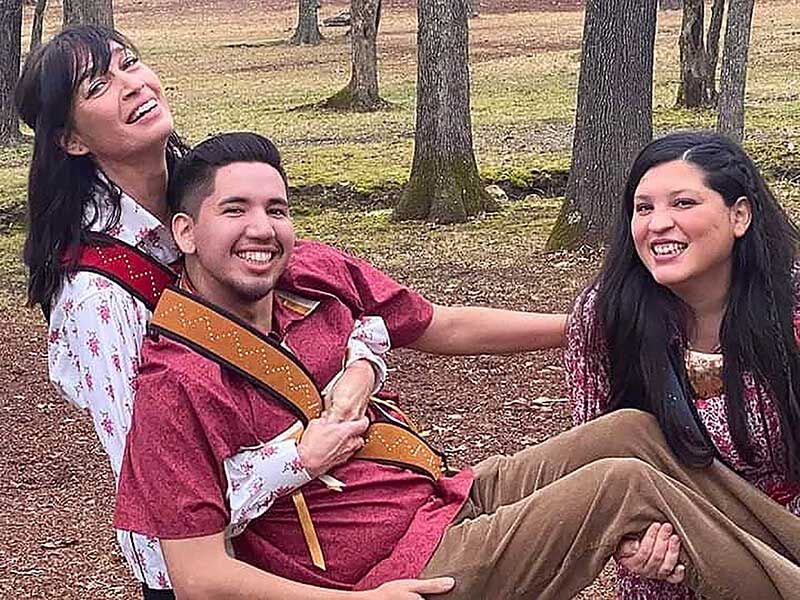 TAHLEQUAH – Cherokee Language Master Apprentice Program graduate Carolyn Swepston is where she hoped to be when she began studying the language full time two years ago.

She works at the Cherokee Immersion School, assisting with the third grade class. She began working there after graduating from the CLMAP in December. In the program, she was immersed in the language for two years, learning from elders and instructors how to read, write and speak it.

“I feel very honored to be a part of our growing language department and very grateful for the opportunity to work for and learn from our speakers at immersion,” she said. “It’s been my experience our first-language speakers are more than willing to share their knowledge if we’re willing to put in the work.”

Swepston, 42, grew up in Peavine but now lives in Rocky Mountain, both of which are in Adair County. She was not around the language growing up because she did not have Cherokee speakers in her immediate family.

“My grandpa, his name was Jack Pruitt,” she said. “He used to carry a pocket dictionary that had Cherokee words in it. He would trade coon dogs with a lot of first-language speakers. He knew the language well enough to communicate with them to trade dogs, so he knew a lot, but I wouldn’t consider him a speaker. Beyond that, my great-grandfather was the last fluent Cherokee speaker that I’m aware of and he spoke and wrote. His name was Augustus Hummingbird.”

She said her parents and grandparents raised her to have a sense of duty to her community and to Cherokee people. For 15 years she worked with the CN Indian Child Welfare program. That’s where she developed a love for the language. While attending Cherokee culture and language classes, she witnessed the healing the culture can provide children. Culture is built on the language, she said, and language became more of a focus for her as she began attending community language classes.

Her language instructor, Phyllis Sixkiller, encouraged her to apply for the CLMAP program.

“I really loved the community classes,” Swepston said. “That’s one of the most unfortunate things I think from this pandemic, us not being to get together as communities and not have those classes anymore because that’s really where language revitalization really needs to take hold, in our communities.”

She began CLMAP classes in January 2019. In the classroom, students interacted with three fluent speakers and started days with morning songs and discussed current events.

“If we didn’t know a word we could ask the speakers how to say it. Our vocabulary was really limited at the beginning, so it was kind of constructed like beginner-level Cherokee classes that you’ll see out in the communities. As our language grew, it became more conversational.”

She said language lessons were built from the students’ personal interests the first year. A classroom environment was used during the second year beginning in 2020. She gathered in the classroom with other students from January until March when the COVID-19 pandemic forced staff and students to work remotely.

“Those were probably the three best months of the program,” she said. “And then we had virtual classes from March until we graduated in December. We had 12 hours a week with our speaker and the rest was independent work.”

A fond memory of her first year in the program, Swepston said, is when she and fellow students assisted with community events to gather signatures of fluent Cherokee speakers for a Speaker Roll Book. “So we were able to go to all the communities and help serve food, clean up and meet speakers. That was really the highlight, I think, of my first year being able to be a part of that – a piece of history really.”

Swepston said her biggest takeaway from the program was “the desire to keep learning.” “Being in the program for two years is not going to create a first-language speaker, but it gives you that foundation to be able to go out in the community and visit with speakers and talk to speakers enough that you can stay in the language and build on your fluency.”

She added that she’s able to see the benefit of second-language learners in the classroom teaching Cherokee. “We know the struggles and the things that were hard to grasp and the things that were easier to grasp. There are benefits to having different levels of learners. Some of the more experienced second-language learners taught me. As a practice, they say it’s good to try to communicate with someone that’s a little bit more above your level to bring you up to the next level. I think I can help the kids because I’ve been through what they’re going through, but I’m also super excited to be able to continue my own growth by talking and building relationships with the speakers here.”

Swepston expects to graduate from Northeastern State University in May 2022 with a degree in Cherokee education. “I want to continue to be a better teacher to teach Cherokee and that’s really my primary goal. I know that program at Northeastern, the Cherokee Education Program, is really seeking to grow. I don’t have another goal besides teaching and learning myself. Everything has fell into place for me learning the language. I believe the generations behind my grandpa are guiding my steps to ensure our language is there for future generations.”