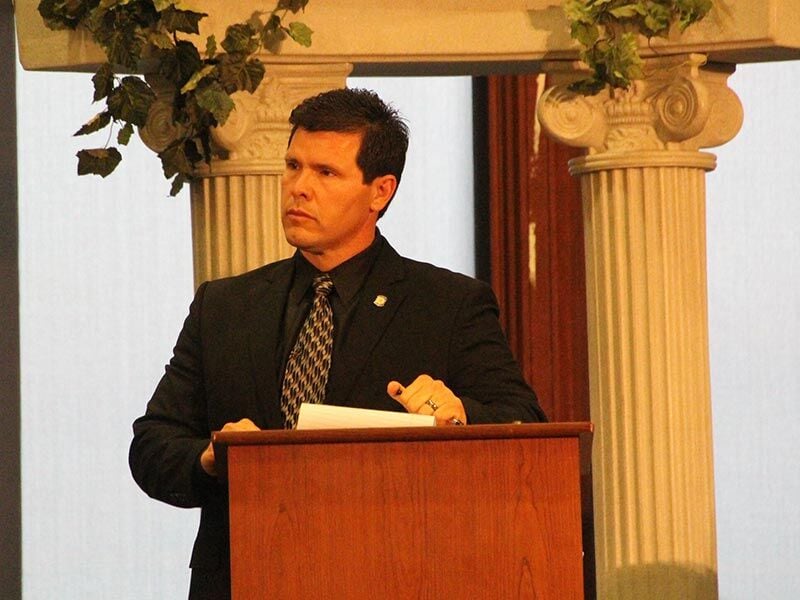 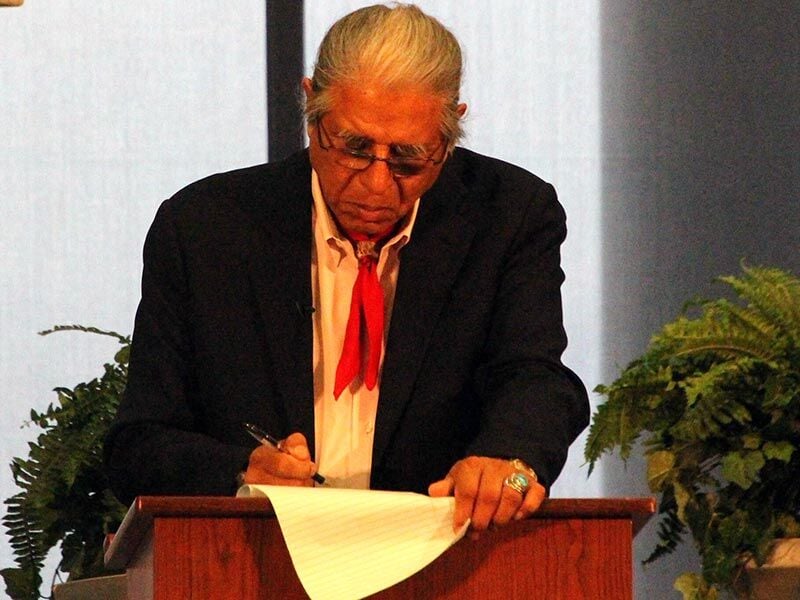 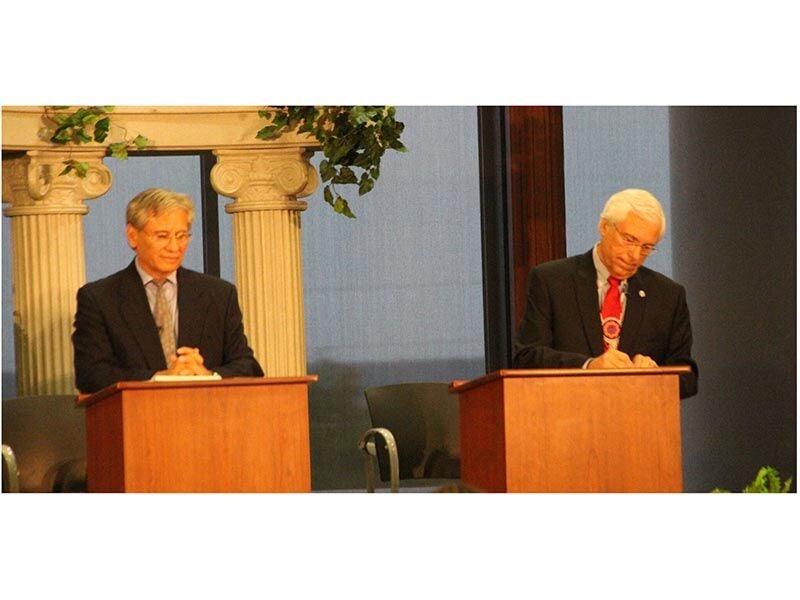 CLAREMORE, Okla. -- Focusing on health care, job creation and government transparency, four principal chief candidates got in their opening salvos May 15 in a televised debate at Rogers State University.

Questions on health care took up the first half of the hour-long debate, as candidates were grilled on the Affordable Care Act, Oklahoma's refusal to expand Medicaid and how to improve health care in the CN.

Citing poverty rates across northeastern Oklahoma and the high number of visits to CN health facilities from patients without third-party insurance, the four candidates called Gov. Mary Fallin's decision to not expand the Medicaid coverage base a mistake.

"It's done a lot of damage to not increase access to Medicaid," Soap said. "So many of the rural people are in poverty and can't obtain it. As someone that does use Medicaid and has insurance, it's still difficult to get medical expenses paid. It's even tougher for those people who couldn't get Medicaid."

Fourkiller, a former registered nurse and the only candidate to work in health care, said a key issue to improving medical care within the 14 counties for Cherokees and non-Cherokees is simply bringing in more qualified health care workers to smaller communities.

"We have new facilities going in, which is great. However, it's about recruitment and retainment," he said. "We've got great health care workers and staff, but they're overworked. We must educate our bright young Cherokees to go to nursing school, medical school or PA (physician assistant) school and then get them to come back to rural Oklahoma."

All four candidates also agreed that while the tribe needs to continue its efforts to diversify its business portfolio beyond gaming, that push would not involve marijuana cultivation or sales. The Department of Justice announced in 2014 that it would not enforce federal marijuana statutes in Indian Country if certain regulations were met, such as not selling to drug cartels. Even with that proviso, none of the four showed much interest in taking the initiative to legalize and commercialize marijuana in northeastern Oklahoma.

"I think I would leave that to the council," Soap said, drawing chuckles from the audience. "However, this is Bible Belt country, and I don't think it'll pass though."

The Phoenix's budget was slashed by 25 percent in 2012. The newspaper's archives confirm the council's Executive and Finance Committee proposed the funding reduction, citing a desire to make the newspaper financially independent.

According to the minutes from the Phoenix's Editorial Board meeting on March 18, there have been meetings between CN Secretary of State Chuck Hoskin Jr. and Phoenix representatives about a memorandum of understanding regarding the use of money from a Citizens Access To Transparency Fund to provide free print subscriptions for one year. However, a final agreement has not been reached and would be subject to approval by the Editorial Board before the free subscription program could start. The minutes also note that the earliest that program could start would be in August after the election cycle.

"The reason there's a backlog is pretty simple: they've taken resources, doubled the budget and I don't know if there's a nice way to say this, but gone on a dog and pony show rather than stay at home and process the applications already there," Smith said.

The full debate is available online at http://rsu.tv/rsu-tv/cherokee-principal-chief-debate-2/.