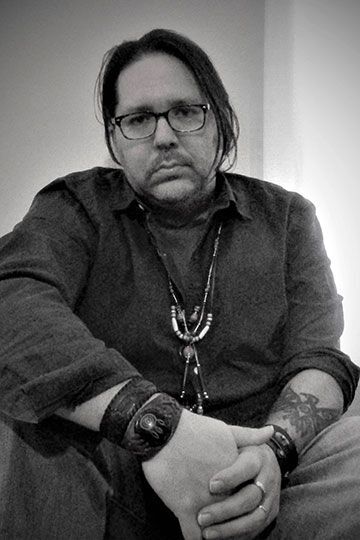 Cherokee author Brandon Hobson is now an assistant professor of creative writing at the New Mexico State University and teaches at the Institute of American Indian Arts. 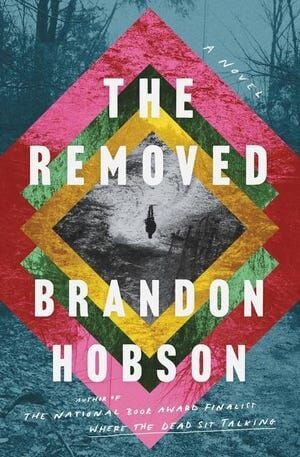 “The Removed” is the fourth novel authored by Brandon Hobson.

Cherokee author Brandon Hobson is now an assistant professor of creative writing at the New Mexico State University and teaches at the Institute of American Indian Arts.

“The Removed” is the fourth novel authored by Brandon Hobson.

LAS CRUCES, N.M. – With the release of his fourth novel, “The Removed,” Cherokee author Brandon Hobson is again earning plaudits from readers and critics alike.

In the book, Hobson interweaves two narratives of the Echota family and the loss of its eldest son to police violence 15 years before and that of a family ancestor, Tsala, who was killed by U.S. soldiers for refusing removal. Tsala is the narrative character in a number of chapters. The deaths are analogous, at the hands of government sanctioned authorities.

Shock, upheaval and loss are prominent in the pages of “The Removed.” Hobson said those emotions and people’s responses to them were on his mind as he wrote. The story asks a lot of questions, and leaves many of them to the reader to answer.

“(Anton) Chekhov said fiction should explore big questions, and one of the questions I was thinking about in ‘The Removed’ was, ‘How do we handle trauma?’” Hobson said. “I wanted to conceptualize the generational trauma, racism, and suffering of Cherokees and more specifically the Echota family in the book. I’ve met so many people who are constantly thinking about violence trauma and trying to understand it.”

The modern and historical stories of “The Removed” also incorporate an intermingling of physical and spiritual perspectives. Some readers and reviewers say the book immerses them in a feeling of standing at the boundary between the two. It has been described as a “ghostly” and “eerie” story, and Hobson has said he enjoys creating a fictional realm or universe where he can make some of the rules himself.

“I find a lot of pleasure in writing fiction,” he said. “All literature should aim to explore questions; as John Gardner says, great art works in questions – and sometimes that makes the reader uncomfortable, which is a good thing because it creates discussion and thought. Fiction is about problems. It is an implicit paradigm for consciousness and an enormously complicated art. Like all good art, it provides comfort but also disturbs us in ways that no other art form can. This is why we read literature – to gain more than story, to get us to question perceptions about how we feel.”

The modern Echota family holds an annual family vigil in remembrance of the lost son Ray-Ray.

The focal characters in “The Removed” are Cherokee, and the story includes many facets of Cherokee culture. Hobson says he is “very spiritual” and wants his family to be aware of their lineage.

Hobson was awarded is Ph.D. in creative writing from Oklahoma State University in 2015. He spent several years as a social worker and educator. He is now a tenure track assistant professor.

“I lived in Oklahoma my whole life until two years ago, when I moved to New Mexico to teach at New Mexico State University and the Institute of American Indian Arts.”

“The Removed” is available online and at book retailers. Hobson’s third novel, “Where the Dead Sit Talking,” was a finalist for the National Book Award, won the Reading the West Award, and was long listed for the International Dublin Literary Award. It is also available at retailers and online.