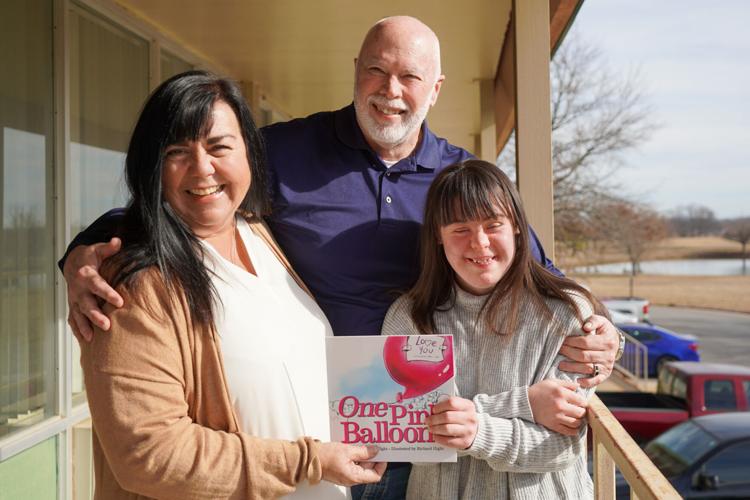 Cherokee Nation citizen Averie Hight poses with her mother Marty and father Richard while showcasing their book “One Pink Balloon.” The book tells the story of how a balloon and a note helped Averie after the loss of her friend, Katelyn. 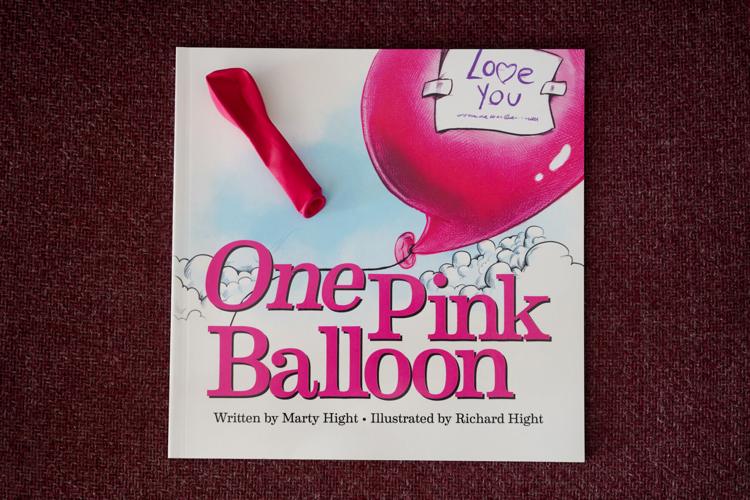 The Hight family will be having a children’s reading and book signing of “One Pink Balloon” at 11 a.m. on January 28 at Too Fond of Books in Tahlequah.

Cherokee Nation citizen Averie Hight poses with her mother Marty and father Richard while showcasing their book “One Pink Balloon.” The book tells the story of how a balloon and a note helped Averie after the loss of her friend, Katelyn.

The Hight family will be having a children’s reading and book signing of “One Pink Balloon” at 11 a.m. on January 28 at Too Fond of Books in Tahlequah.

TAHLEQUAH – Through grief came hope in the sign of a deflated pink balloon with an erroneously-punctuated note that said, “Miss you dear friend. Love you, Katelyn.”

That note helped Cherokee Nation citizen Averie Hight after the unexpected loss of her lifelong friend, Katelyn. The two met when they were “less than a year old” while at Little Light House, “a non-profit, tuition-free Christian Developmental Center for Children with Special Needs” in Tulsa.

“One Saturday in January (2017) we get a call that Katelyn … unexpectedly passed away,” Marty, Averie’s mother, said. “The next Monday the students at her school, which is in Sand Springs, wanted to do something to honor her. So, they blew up 16 pink balloons and they made photocopies of Katelyn, her picture. The teachers and aides and other friends wrote notes on the back.”

It was one of the teacher aides, Marty said, made a mistake when writing her note. It read, “Miss you dear friend. Love you, Katelyn.”

“She meant to make it to Katelyn, but it winds up looking like, in her grief, it was from Katelyn,” Marty said. “She was embarrassed because there weren’t extras, so she hid the note in the middle of the stack so nobody would know it was hers.”

While the use of punctuation may have been a mistake, it was just what Averie needed.

“They … all released balloons and said a few nice words. Then we came home and within an hour we were getting a phone call from the school saying, ‘Averie is distraught.’ So, Daddy went and got her … came home and she went upstairs. She said, ‘Mom, there’s something outside of my window.’ So, we come down, walk outside and it is a pink balloon that is burst, and it’s got that note on it. I read the note, ‘Miss you dear friend. Love you, Katelyn.’ Averie stopped crying and she said, ‘my friend wrote me a letter from heaven,’’ Marty said. “While she still misses and wants to have her friend here, it settled something in her spirit.”

During the start of the COVID-19 pandemic, Marty said her husband, Richard, had an idea to bring Averie and Katelyn’s story to others who may be experiencing loss.

“We wanted to get it out there because it was such an amazing story, not just the mistake that was written on the balloon but the distance from the school over to our house. We live in a two-story house in a very wooded area and it flew exactly under her window. All of these things came together at the right time,” Richard, who illustrated the book, said.

Marty then took to writing and editing the book titled “One Pink Balloon.”

“It’s been good for Averie to tell the story and she in some way feels like it’s keeping the memory of Kaitlyn alive, too,” Marty said. “Kaitlyn’s mom and dad have copies and have given them to friends and are just proud to have the story shared.”

When others read the book, Marty said she hopes they feel “uplifted.”

“We all deal with loss. We just want people to know you just keep on,” Marty said. “Sometimes these are the types of things that are defining in our lives and change the trajectory and give us a purpose and a reason.”

As for things happening by “chance,” Marty said she does not believe in it “much” anymore.

“Maybe that’s part of my Native American upbringing,” she said. “Everything works together – the universe, the world – it’s all cohesive, and all things feed each other. It’s like a big tapestry, everything’s woven. I just don’t believe it’s chance. There was somebody directing that particular balloon to her window because she needed to hear it.”

The Hight family is set to have a children’s book reading and signing of “One Pink Balloon” at 11 a.m. on January 28 at Too Fond of Books in Tahlequah.