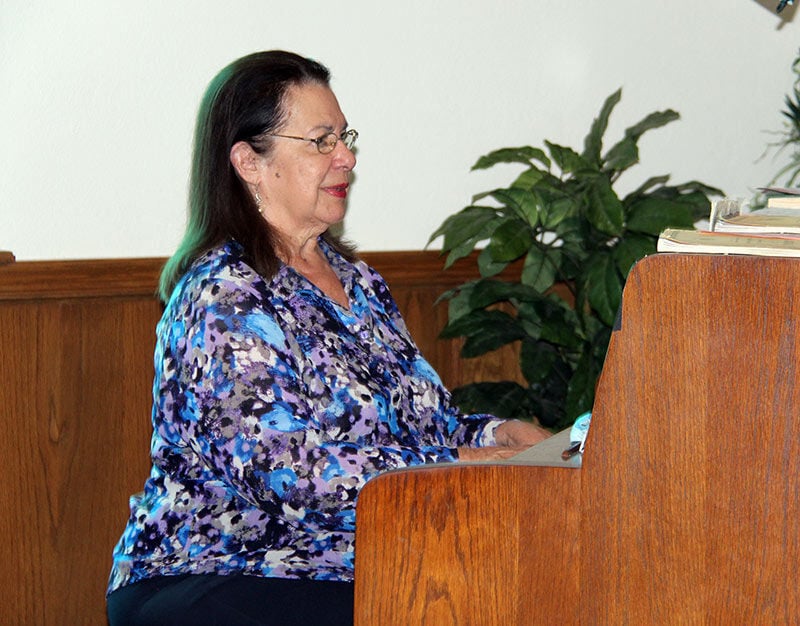 Cherokee Nation citizen Barbara McAlister has taught vocal training for the past 10 years with the CN, helping students go on to college or find work in the performing arts industry, in which she has more than 40 years of experience. 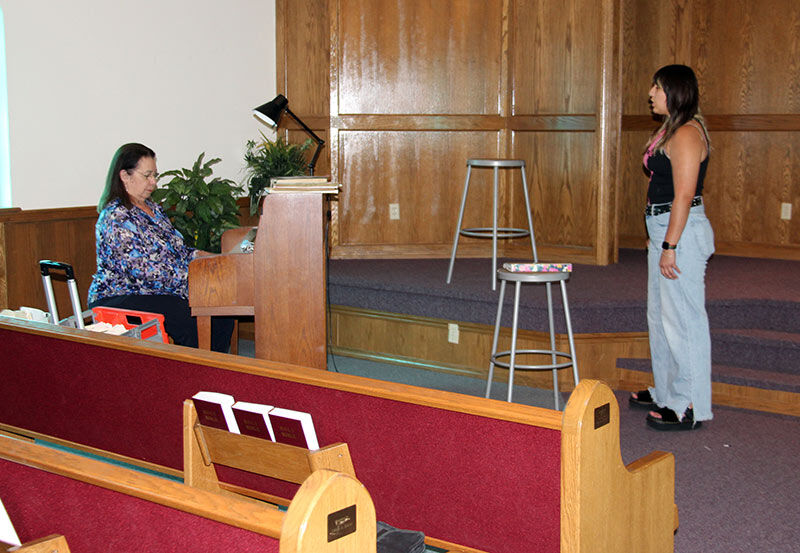 Cherokee Nation citizen Barbara McAlister, left, plays the piano and instructs student Preslee Keener, who has learned under McAlister’s tutelage for the past three years.

Cherokee Nation citizen Barbara McAlister has taught vocal training for the past 10 years with the CN, helping students go on to college or find work in the performing arts industry, in which she has more than 40 years of experience.

Cherokee Nation citizen Barbara McAlister, left, plays the piano and instructs student Preslee Keener, who has learned under McAlister’s tutelage for the past three years.

TAHLEQUAH – For the past 10 years, Cherokee Nation citizen and acclaimed mezzo-soprano singer Barbara McAlister has taught students the art of vocal performance.

With more than 40 years of experience performing in Hollywood, New York City and internationally in opera and music theater, she is now giving back to students who have dreams of working in the performance arts industry.

Her introduction to music came from her parents while growing up in Muskogee.

“My father had studied classical music and voice,” McAlister said. “He became a medical doctor and singing helped put him through medical school. It paid his bills. He was singing in a German Lutheran choir. My mother was a stamp collector and started her own stamp magazine on fine arts and was a well-trained pianist. So I heard that from the time I was born. They would sing, and my mother would play for my father.”

But it wasn’t until college that she became serious about music. She attended the University of Tulsa and Oklahoma City University, where she earned a music degree.

When she got a job in music theater, she was taught speech-based singing – one of the main techniques she teaches.

“The teacher I got, I call him my master voice teacher, was the one who actually put together the art of Broadway belt,” McAlister said. “It’s very speech-based. So what I teach is speech-based singing and breath support. In classical, the mouth is one way and (in Broadway) belt the mouth is in a smile, so it helps with what’s called false vocal chords. So the belt in females brings the false vocal chords into use. So that’s what I teach.”

After living in New York City for 22 years, where she worked and taught, she returned to Oklahoma in 2009 and got a job as the tribe’s vocal instructor.

“I came back here in June 2009 and I spoke with (former Principal) Chief Chad Smith and Dr. Neil Morton, who was director of Education at that time. So they hired me and then I sat around for a while and I thought ‘well what do they want me to do?’” she said. “Katelyn Morton became one of my first students, Dr. Morton’s granddaughter. She’s a senior at OCU now.”

She said she teaches students individually to learn their musical tastes. McAlister said she started with about five students but got up to 20 before the pandemic struck.

“Then the pandemic hit and it changed things, for the moment,” she said. “I think 18 is probably what I prefer. It’s one-on-one. It’s nothing to do with choir. It’s one-on-one singing. Like you would be here for 45 minutes to an hour and I would warm your voice up with vocalises. I start finding out what kind of music you enjoy. Is it music theater? Is it gospel or is it classical?”

McAlister also helps students develop the confidence to sing in front of others.

“A lot of it I think is psychological, too, that they just develop a confidence and know that I’m not going to hurt them or I’m not going to yell at them,” she said. “Just watching how they develop and the poise that they gain because they have to be able to stand right there, or wherever we do a recital, and be able to sing in front of people. It’s difficult.”

She said she’s also seen students get emotional when discovering their voices.

“Once they start discovering their voice and quit listening to themselves, self-judging, self-critiquing and use the words…you know when it’s right,” she said. “There’s something that just clicks and I’ve had students cry. For me, it became opera that I loved more than anything. Just producing the human voice is an art form.”

She said seeing her students go to college or study music makes her teaching worthwhile. She also helps by connecting them to their choice colleges, helping them with their vocals for auditions, or providing a scholarship she helped develop called the Timothy Long Prize. She also puts on recitals so her students can gain performance experience.

“I’m amazed. This year I had six students graduate from high school and three went into music,” she said. “And one is still staying in choral, singing in the choir at the University of Tulsa. I’m really proud of them.”