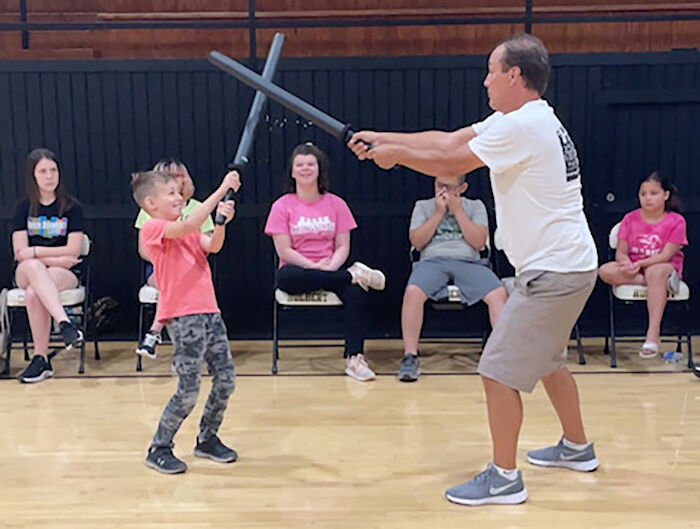 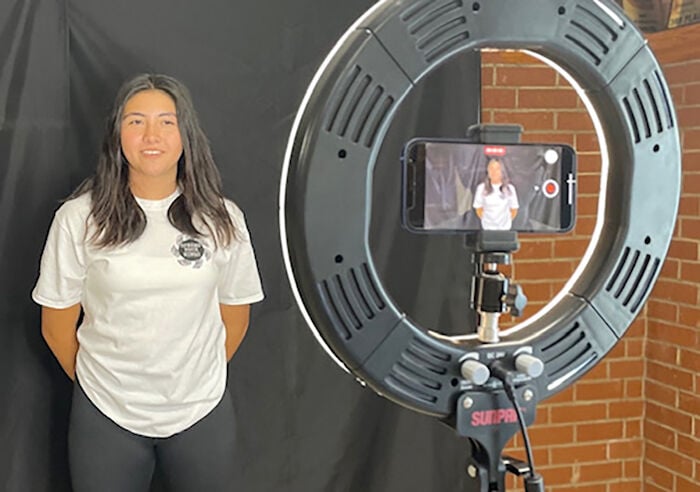 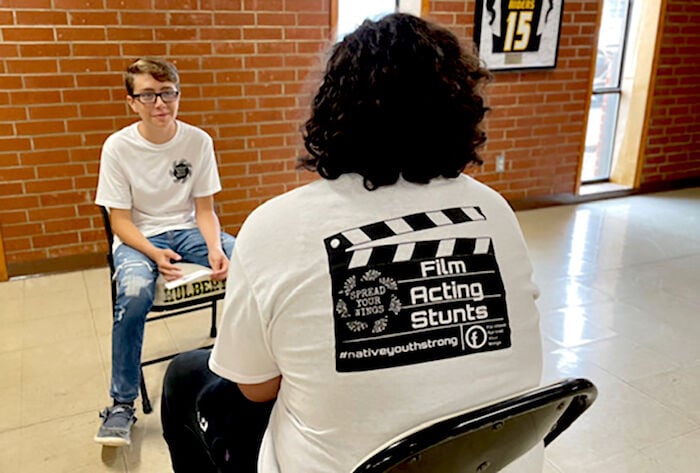 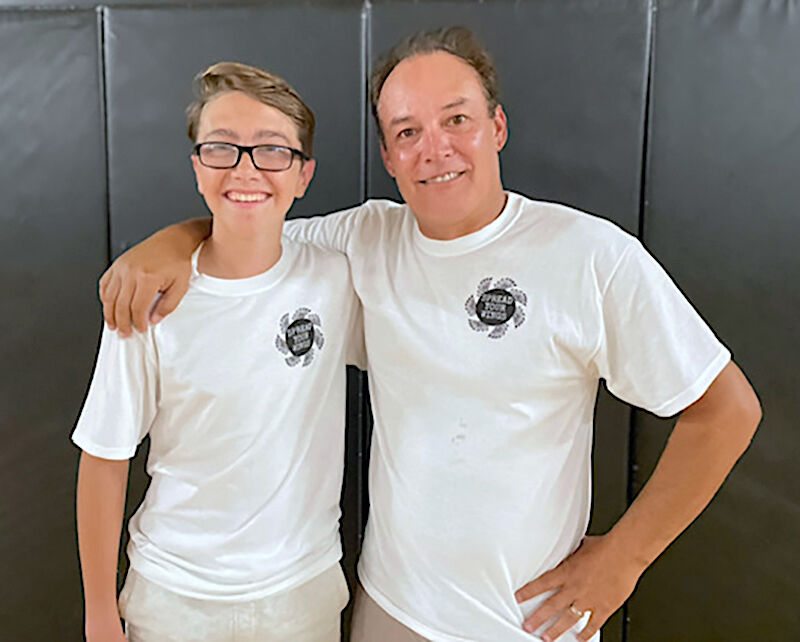 HULBERT – A veteran stuntman from California has embarked on a quest to help Native youth break into a film industry that he’s immersed himself in for the past 30 years.

“The business gave me my career. It really did,” Cherokee Nation citizen Blake Pocquette, 52, said. “So whenever I look back on it, it’s like I want to now give back to the youth. So I’ve kind of put my career to the side for the kids because this is something that has been a passion project of mine. I’m excited to bring the opportunity to the kids here. That’s what fuels me.”

Pocquette, who recently wrapped up stunt work for the Martin Scorsese film “Killers of the Flower Moon,” is using his industry knowledge to host free training clinics for Native youth. The first event under Pocquette’s Spread Your Wings program was held in his original hometown of Hulbert. Youth from cross Oklahoma took part in basic stunts such as swordplay and fight scenes, and received acting tips.

“The kids absolutely loved it. Our heads are kind of spinning right now from the positive feedback,” Pocquette said. “I think the Spread Your Wings program is really going to take off.”

The goal, he added, is “to give kids an introduction into the world not only through stunts and acting, but give them an introduction of all the jobs that are on a movie set.”

“There are literally almost 100 jobs and careers on a movie set,” Pocquette said. “There’s the cameramen, there’s hair, makeup, electricians, set designers, construction. Electricians are really important on movie sets because everything’s got to be operated.”

Assisting Pocquette with instruction is child actor and fellow CN citizen Max Purget, also from Hulbert. Purget, 14, has been in the business for eight years as an actor and stand-up comedian. He typically spends half the year in Hollywood. Purget’s latest acting role was in 2020’s “The Sneak Over.”

“It was a really fun cast, a lot of great people,” he said. “It was a small crew so we all got to know each other very well. I’m still friends will all the people on set.”

Of his career, “It’s been a long time, but it’s been fun,” Purget said. “I have a movie coming out in the fall called ‘The Nature of Romance,’ a romantic comedy.”

“Lots and lots of work is coming here,” he said. “Right here I think is going to be a gold mine.”

Pocquette said the first class was “an introduction level.”

“You know, there’s a big-time film business that’s coming to Oklahoma,” he added. “I’m taking my responsibilities and duties and really bringing it to the youth right now so they can be prepared.”

Pocquette, who lives just outside of Los Angeles, has performed stunt work for big-budget films such as “Cowboys and Aliens,” “The Lone Ranger” and “Hostiles.”

“I feel like I hit the trifecta with the Native stories,” he said, “because I worked on ‘Reservation Dogs’ down in Okmulgee and then I actually got an acting role in ‘Rutherford Falls.’ That’s a Native-written series on the Peacock channel. Then ‘Killers of the Flower Moon.’ I had the opportunity to work on all three so I’m pretty happy about that. I also learned a lot, too.”

He got his start in the entertainment business doing live stunt shows for Disney in Paris at 23 years old.

“I never thought that I would ever get away from Cherokee County and live in Paris,” he said. “That was quite the culture shock, believe me. It absolutely changed my life. I grew up riding horses. I was rodeoing. I’m just like a lot of other Native kids raised by their grandma without a father in their life. I could have went into some really bad, dangerous ways. I don’t want to see any other kids do that.”

Pocquette’s ultimate goal is to offer Spread Your Wings to a larger audience.

“We want to make this a national program,” he said. “We want to come to your reservation or your community and just spend some time with the youth and give them hopefully some opportunities.”

For information, visit the Spread Your Wings Facebook page under @spreadyourwings918.