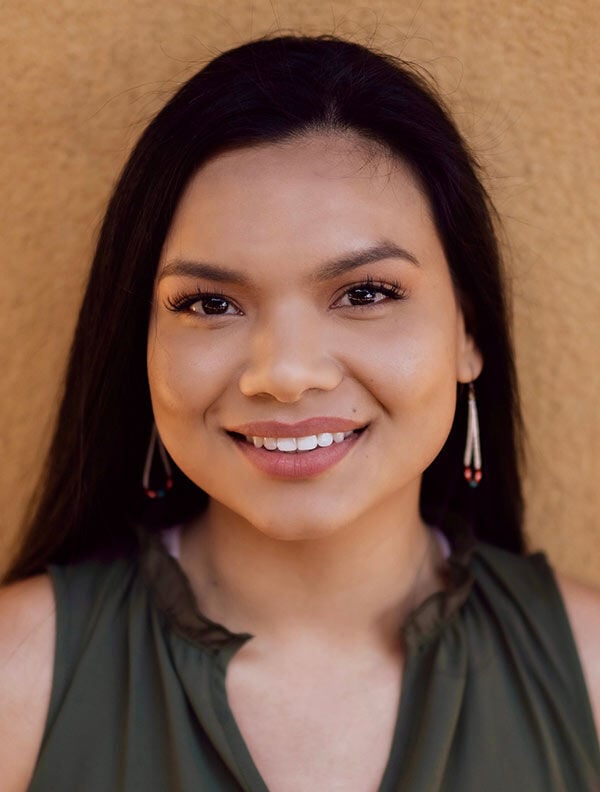 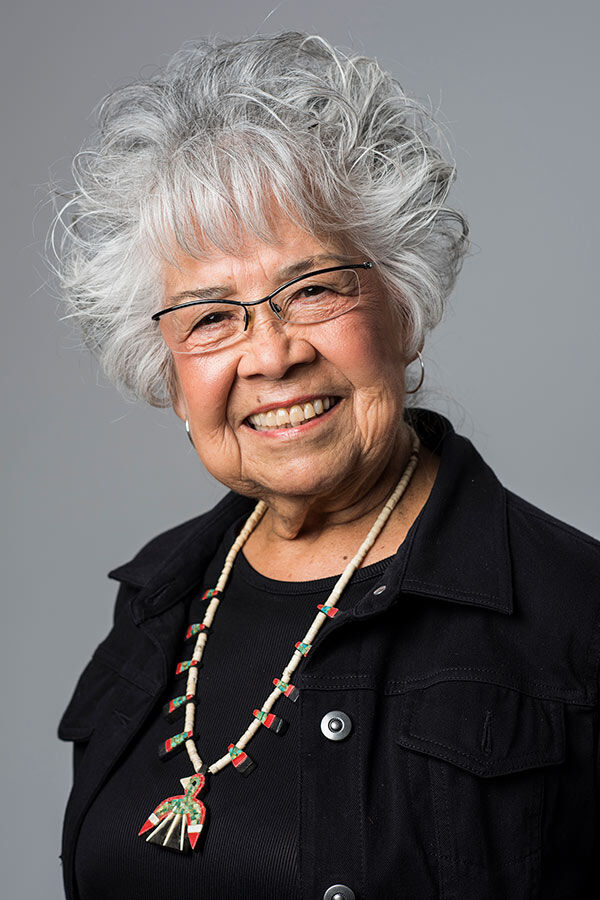 Talent for these projects hail from various tribes throughout the state, including Cherokee Nation citizens Nathalie Standingcloud, of Tahlequah, and Winnie Guess Perdue, of Muskogee.

Standingcloud has been acting since she was 6 years old, with her first appearance in an independent film called “Standingcloud,” that was loosely written about her mother.

“It was written and directed by my aunt Kimberly Norris Guerrero, who has been my mentor and inspiration,” Standingcloud said. “I love being able to help tell Native stories and history through film and theater.”

Standingcloud is a tattoo artist by trade but has always been interested in film.

“I used to make short YouTube videos in high school, but I want to write and direct my own professional feature film one day. Cartoon animation is also something I’m interested in as an artist,” she said.

She plays a “feisty” optometry receptionist in “Reservation Dogs,” a new comedy series on the FX network created by Indigenous filmmakers Taika Waititi (Maori) and Sterlin Harjo (Seminole/Muscogee). The show follows four Native teens in rural Oklahoma and is set to premier Aug. 9.

“I received an audition from my agent,” Standingcloud said. “I’ve also known writer/director Sterlin Harjo for some time now. I’ve performed alongside him at live 1491s comedy shows. Before that I was in a few 1491s YouTube videos and was an extra in his film ‘Mekko.’”

A casting agent for the “Killers of the Flower Moon” movie contacted Perdue, who is known as one of the first female traditional fancy and hoop dancers. She initially thought it was a prank but soon realized she was being sought for a part in the movie.

“Killers of the Flower Moon” is a major motion picture produced by actor Leonardo DiCaprio and director Martin Scorsese, and is based on a non-fiction book by author David Grann. It is about the real-life murders of Osage Nation people in the 1920s for their wealth.

Perdue’s role in the film is that of a wealthy Osage woman. She said she was amazed at the attention to detail of the period-style clothing.

“The attention to detail was amazing as selections were made, discussed and finalized to include appropriate petticoats, lace up high heeled shoes, skirts, blouses, jackets, hats, jewelry, gloves and handbags,” she said.

Perdue said this is another form of storytelling for her, as she has been sharing her stories and culture since childhood with her father George Guess.

“I expect the filmmakers to remain true to the Osage history as the recount the events of this most alarming time,” she said. “I highly respect the leadership of the Osage Nation as they have successfully been involved in this project from the beginning.”

Standingcloud said it is important for Native people to have “modern” and “authentic” representation in these types of projects.

“Real Native people don’t need to paint their skin or wear wigs to be Native,” she said. “We have a special kind of humor and even more special connection to each other as Native people. I’m very excited for everyone to see it, and I’m honored to have been able to be a part of it.”

“The significant need for diversity, inclusion and accurate representation of Native identity within film and television has been prevalent since the industries’ earliest years,” Loren said. “Indigenous communities need and deserve to see positive and authentic representations of ourselves, our people and our narratives in the media.”

She said Cherokee people have “long been known” for story-telling abilities. “We are extremely proud to see Cherokee Nation citizens recognized and included in major projects, such as ‘Killers of the Flower Moon,’ ‘Reservation Dogs’ and many more to come.”

She said it is important that Cherokees and all Native people create messages and content that accurately depicts their people and stories.

“The Cherokee Nation Film Office is working diligently to engage, support and increase Native talent within these industries,” Loren said. “Through partnerships, educational opportunities, and our first of a kind Native American talent and crew directory which has already supported several Native film and TV projects, we are excited to continue our mission of increasing the presence of Native Americans in every level of film and television, while creating opportunities for economic development and jobs in the Cherokee Nation.”