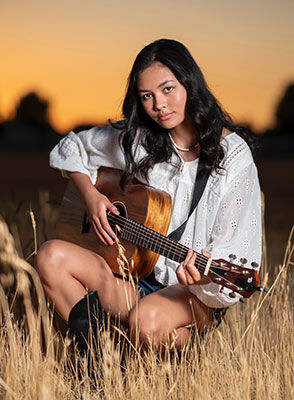 Hailee Toney provides vocals, harmonies and guitar for her original songs, the first of which will be released in a few weeks. 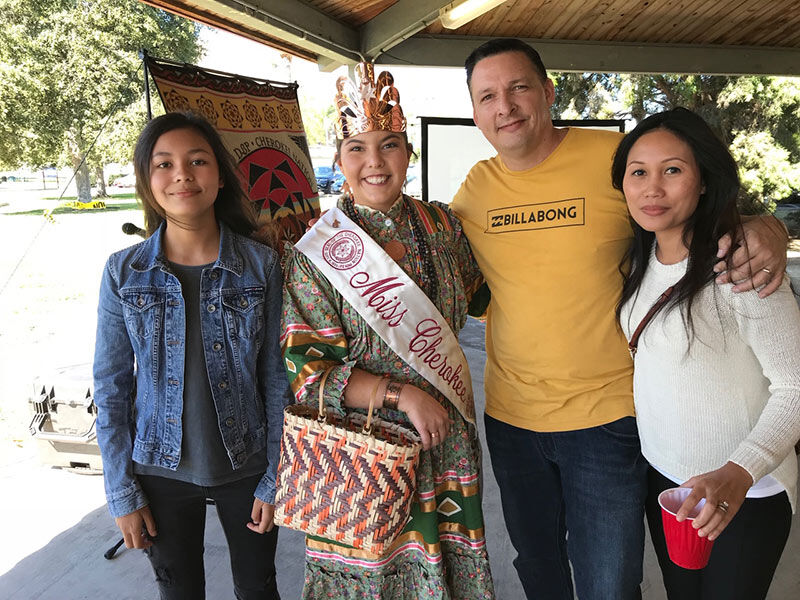 Hailee Toney provides vocals, harmonies and guitar for her original songs, the first of which will be released in a few weeks.

TEMECULA, California – Out west in the Temecula Valley, a Cherokee Nation citizen is about to take a big step toward what she hopes will be her career.

Hailee Toney, 14 and just entering Murrieta Mesa High School, plans to release a music single soon. She wants it to be the first in a series of releases.

“At the end of September or in early October, I plan on releasing a single that I wrote,” Toney said. “I also have three more that I will be releasing, at least one every month.”

The original songs are “Happy,” which will be the first release, “3 a.m. Thoughts,” “Rain” and “To Stop a Breaking Heart.”

Toney realized her interest in music at a young age – about 6 – and said her love for the art continues to grow. Inspiration for songs can come to Toney from just about anywhere, but she said her lyrics often go into “relatable” topics that most would recognize in their own experiences.

“Until a couple of years ago, I didn’t quite know exactly what I wanted or what direction I wanted to take,” she said. “I also noticed I had a talent for writing. Going through quarantine, I put two and two together and started writing songs. I fell in love with it. I said to myself that this is what I want to do – for my future, as a job.”

Toney is recording her music with Cali Co. Music Studios in Temecula under producer Daniel Martin. She performed all the vocals and harmonies for the pending “Happy” and provides guitar for her songs.

She has other interests, artistic and athletic. Based on her summer league play, Toney will be on the varsity basketball team as a freshman. She has also done some acting.

“For a while, I did commercials only,” Toney said. “Now I’m starting to get a little bit deeper into acting. I’m moving toward things like TV shows and movies.”

She became a member of Nashville Songwriters Association International in January, attending meetings and workshops virtually.

“Hailee has become friends with aspiring songwriters from all over the U.S. and beyond, and it is mostly in Nashville that she communicates with them regularly,” Toney’s mother Lorena said. “They all met through NSAI and she co-writes with some of them. She has a couple of mentors at NSAI who are so supportive of her and that whole group is a safe place to help with honing the craft of songwriting. She met the songwriter Rhett Akins and got to ask him a question at one of their Zoom meetings where he was a featured guest. She was so excited.”

Though Toney has always been aware and proud of her Cherokee lineage. Among her ancestors is Sequoyah.

“She has been told her whole life by her grandparents, and by me and her dad about her being Cherokee,” Toney’s mother Lorena said.  “Her grandparents always told her she was a descendant of Sequoyah. She has always been told that she should want to achieve – to work hard and be tough.”

The Toneys have deep roots in the Cherokee reservation. Hailee’s great-great-grandfather is Calvin Hanks Toney, a fifth-generation descendant of Sequoyah and a Dawes Rolls enrollee. The musician Sanders Toney is her great-grandfather. Both are interred in the Toney Cemetery in McIntosh County with many of her great-aunts and great-uncles.

Hailee has not yet visited Oklahoma, but the Toney family has attended the tribe’s at-large events in Riverside County.

“We (also) had attended other at-large potlucks in Orange County prior to moving to Riverside County in 2015, just to try to keep Hailee involved in Cherokee Nation culture,” Lorena said.

For information and to hear music samples by Hailee Toney, visit https://www.instagram.com/haileetoneymusic.