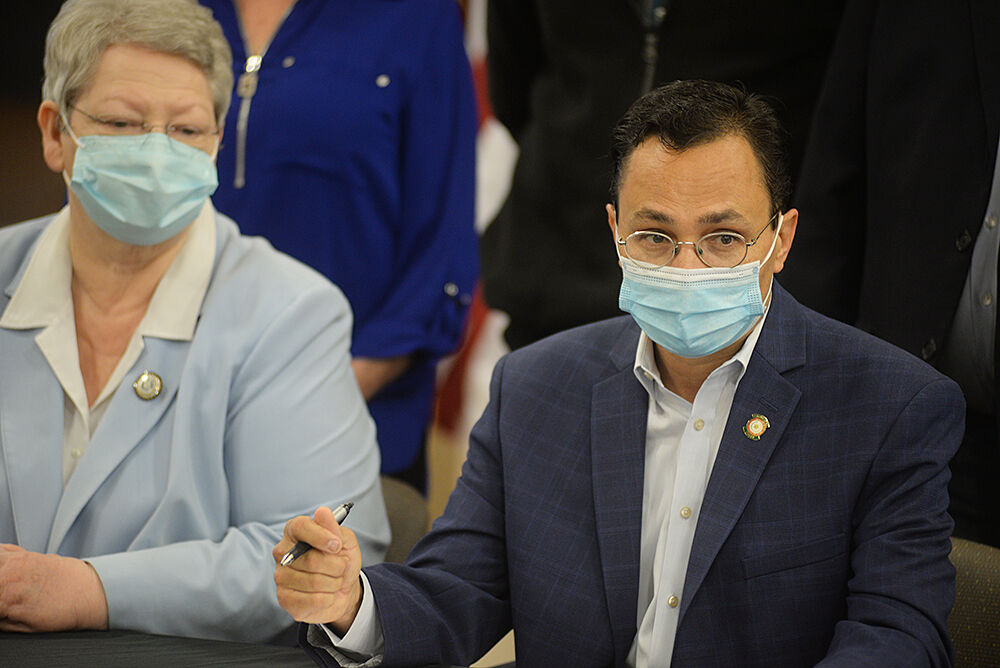 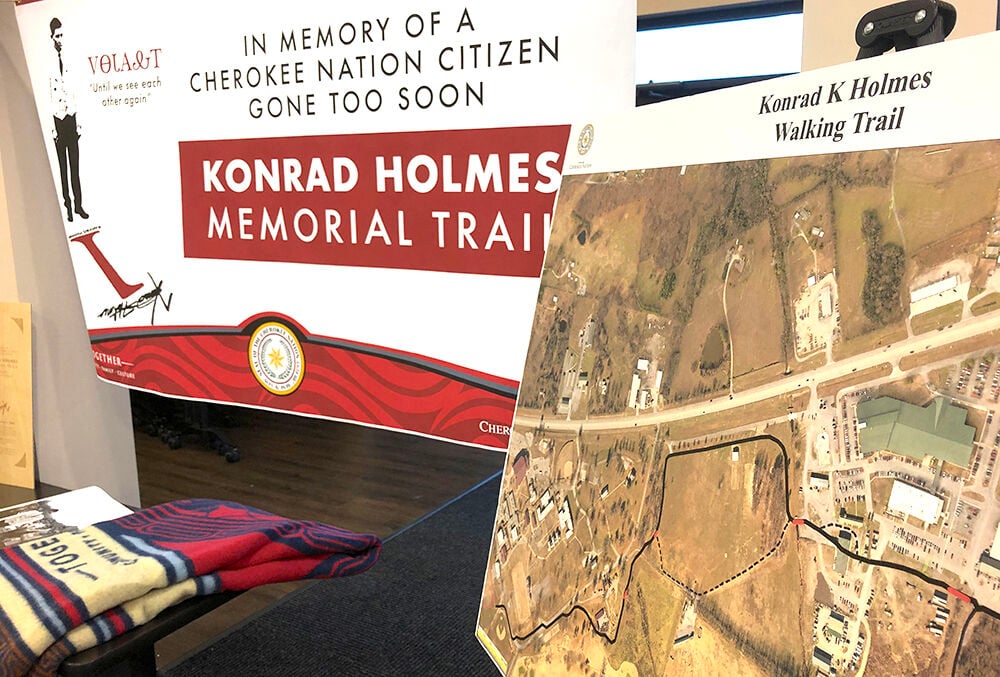 Cherokee Nation leaders say they plan to restore a walking trail on tribal property in Tahlequah. The trail is named after the late Konrad Holmes, who attended Sequoyah High School.

Cherokee Nation leaders say they plan to restore a walking trail on tribal property in Tahlequah. The trail is named after the late Konrad Holmes, who attended Sequoyah High School.

“This category of leave would provide two hours of leave per month for mental wellness for every employee,” Hoskin said during a short ceremony inside the CN Veterans Center. “It’s not part of your sick leave. It’s not part of your annual leave. It’s part of a new category of leave – mental wellness leave. The thought is that employees should use this to get out of the office. If it’s a beautiful day, get out and enjoy the beautiful landscape around here. Go do something away from work to try and restore yourself mentally and maybe physically.”

Hoskin called on supervisors to “set an example” by using – and also encouraging use of – the new leave.

“Signing this order in and of itself is not going to create an environment in which employees use this leave,” he said. “It’s going to take the leadership from the office of principal chief, the deputy chief, the cabinet and the executive directors.”

Before signing the order, Hoskin touched on COVID-19 and its impact on the tribe over the past year.

“We’ve all endured it together and we’re all getting through it together,” he said. “We have lost dear friends and loved ones and some work colleagues. If mental wellness of our employees is to be a top priority, it has to be more than something we say once in a while. We have to put those words and those thoughts into action. What we’re doing today is taking a stand on a proposition that we have to take care of each other, that what goes on at work – our mental well-being – matters.”

An employee proposed the idea for mental wellness leave.

“I want to express my appreciation for all these staff who bring from time to time ideas and initiatives,” Hoskin said. “We try to put those into action. In our office, this initiative was brought to us by (Special Projects Officer) Taralee Montgomery, who is an employee who cares about her fellow employees.”

CN leaders also promised to restore a walking trail that weaves in and around the Tribal Complex in Tahlequah.

“If we make time for employees to rejuvenate two hours off with the new health and wellness leave per month, we also have to create space,” Hoskin said. “Space had been created in the form of the Konrad Holmes trail. But as the years have gone by, the time is now to rejuvenate the trail and even add to it. We are going to rededicate this trail, make sure that employees have access to it.”

The original Konrad Holmes Walking Trail was dedicated in 2003 in honor of Holmes, a Sequoyah High School graduate who later lost a battle with cancer.

In March, Hoskin signed the tribe’s new Public Health and Wellness Fund Act, under which the tribe will spend up to $12 million annually to provide citizens with access to substance abuse treatment and wellness centers. The act relies on a portion of third-party revenues collected by CN Health Services annually.

“This is a significant piece of legislation,” Hoskin said at the time. “This is, I think, the most significant effort that the Cherokee Nation has made to use direct funding from our own efforts into mental well-being, behavioral health and physical wellness.”

According to the tribe, the act earmarks 7% of the unrestricted revenue generated by Health Services, including health insurance claims or billings to health insurance carriers and providers. Revenue collected under the new law can be used for capital investments and operational expenses for substance abuse treatment facilities and wellness centers.