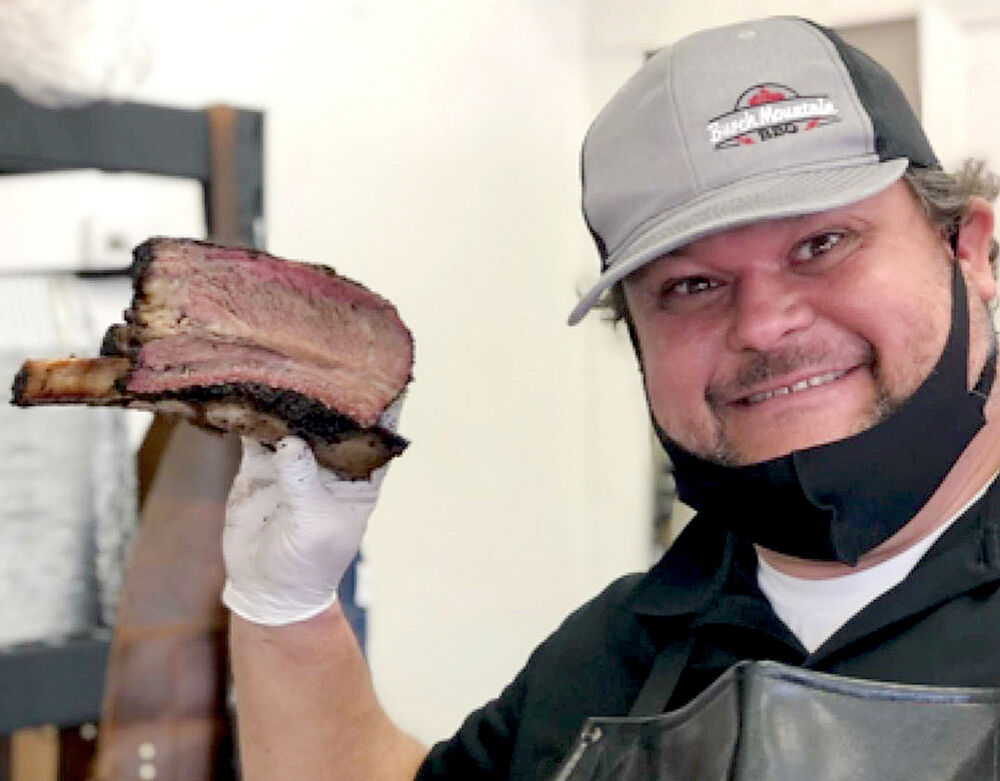 Cherokee Nation citizen Justin Fox is owner of Burch Mountain BBQ, a mobile catering business based out of Wenatchee, Washington. 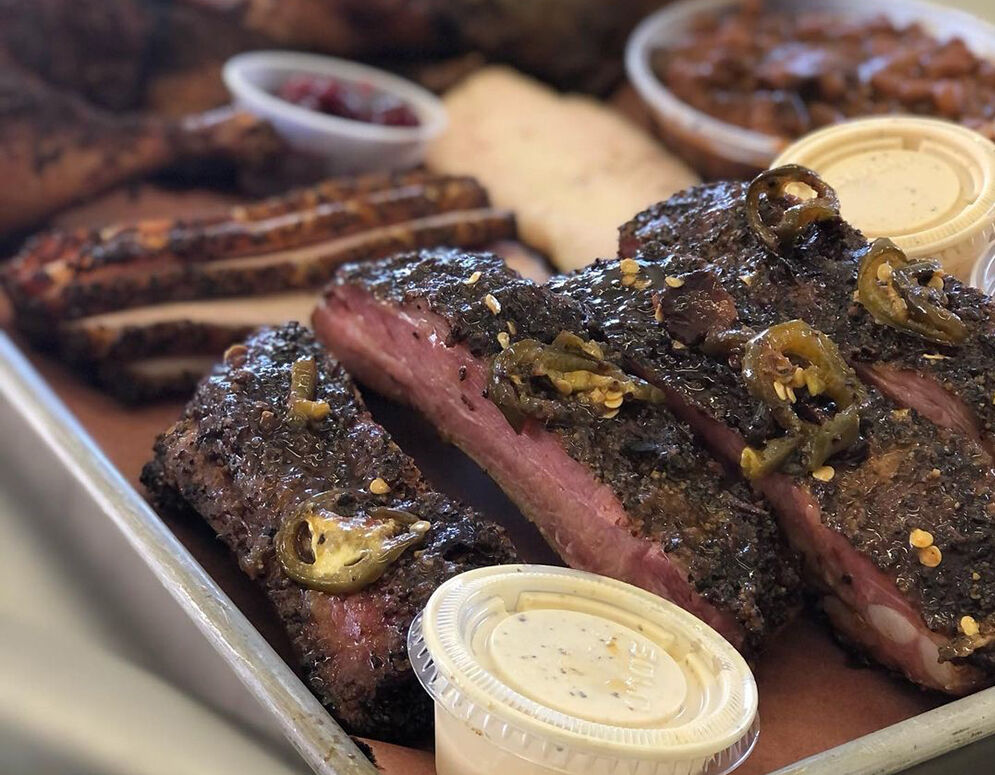 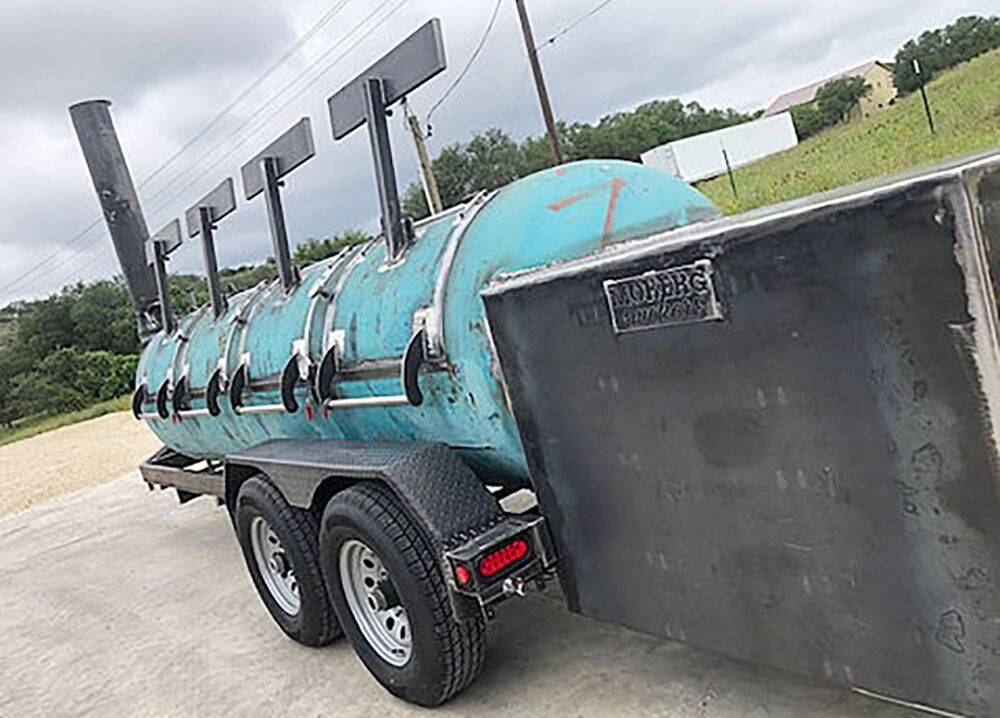 Cherokee Nation citizen Justin Fox is owner of Burch Mountain BBQ, a mobile catering business based out of Wenatchee, Washington.

WENATCHEE, Washington – A Cherokee’s budding barbecue business in Washington outlasted a year of pandemic shutdowns and is thriving today thanks to social media savvy and a mobile operation.

“Our popularity grew pretty quickly with word of mouth,” he said. “We were doing pretty well and were booked for the entire year of 2020 for catering. Then when COVID hit, we had to figure out something else – a pivot. The restaurants all shut down, so we started offering our meals through Instagram, just kind of local pickups and deliveries. We ended up going from 500 Instagram followers to over 4,000.”

Burch Mountain BBQ opened in 2018. Fox’s life partner, Valerie Kulpit, who was raised in Louisiana, is also his business partner.

“I’ve always just kind of cooked in the backyard as a hobby kind of thing,” Fox said. “I worked in the medical field for the past 15 years, and you bring potluck to work and somebody says, ‘Hey can you fix that for my kid’s birthday party’ or a gathering and it just kind of grew from there. We thought, well maybe we can start a catering business. When we moved out here to Washington state, we realized there wasn’t much in the way of good barbecue like we had back in Oklahoma. So it kind of grew from there.”

Fox credits a portable setup to the continued success throughout 2020 and ’21.

“Everything is mobile,” he said. “Our pits are on trailers. We just pack up everything in our van to go do an event or catering. Catering was very low-key and very limited. It was basically just giant pick-up orders. For us to have survived all that, we think it’s pretty unique and pretty special.”

Fox is based out of Wenatchee, which is referred to as the “Apple Capital of the World” in light of the valley’s numerous orchards.

“We’re kind of smack-dab in the middle of the state,” he said. “It’s Native land, but there’s obviously not many Indigenous inhabitants now. The Columbia River runs right through the middle of the valley. I would say it’s all populated by fruit growers and grape vineyards for wine production. It’s just beautiful, beautiful country here.”

During the pandemic, Fox established what he calls “kind of our base” inside a former wine-tasting room in town.

“It has kind of a makeshift window, and we said let’s make a to-go window out of that,” Fox said. “You can still do curbside and whatever. It’s just worked out pretty well for us. The hard part now is that with all the mandates and all the unemployment, we just don’t have any workers. Catering has picked back up and we’re doing a lot of catering right now and it’s kind of slowed down our window where we haven’t been able to open the window. It’s just us. It’s really hard.”

Burch Mountain BBQ’s style of barbecue is unique to the area, Fox said, adding that some customers at a street party event in nearby Quincy waited more than three hours for a meal.

“It’s a treat for them so they don’t mind standing in line,” he said. “Our food is special to them. It’s all wood fire or done over the coals. Everything is hand-prepared, hand-made sides, desserts. All of (Kulpit’s) desserts are prepared over the coals. She does bread puddings, pies, cakes. They cook with fruit wood up here. We use oak wood because it’s similar to what you can get in Oklahoma or Texas.”

“That’s a tribute to Valerie’s mom,” he said. “Her mom passed from COVID last year and we wanted to kind of shed some light on that.”