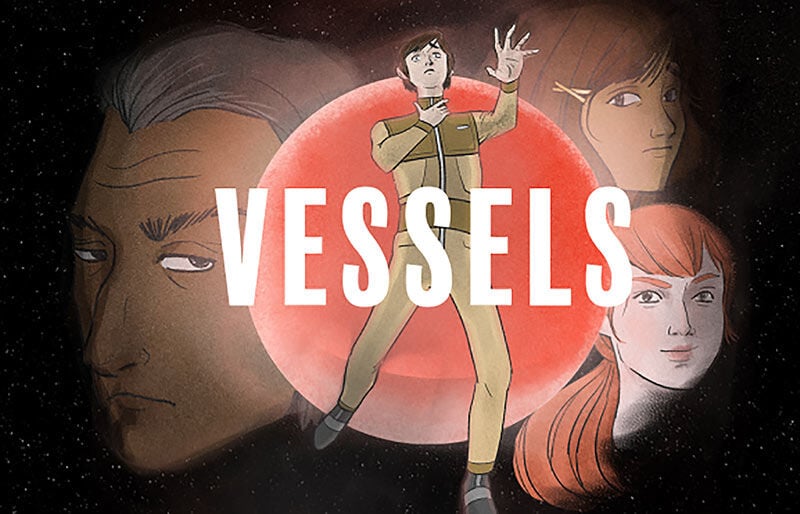 “Vessels” is a game of social intrigue that takes place in space. It was created in part by Cherokee Nation citizen Alex Pulido. 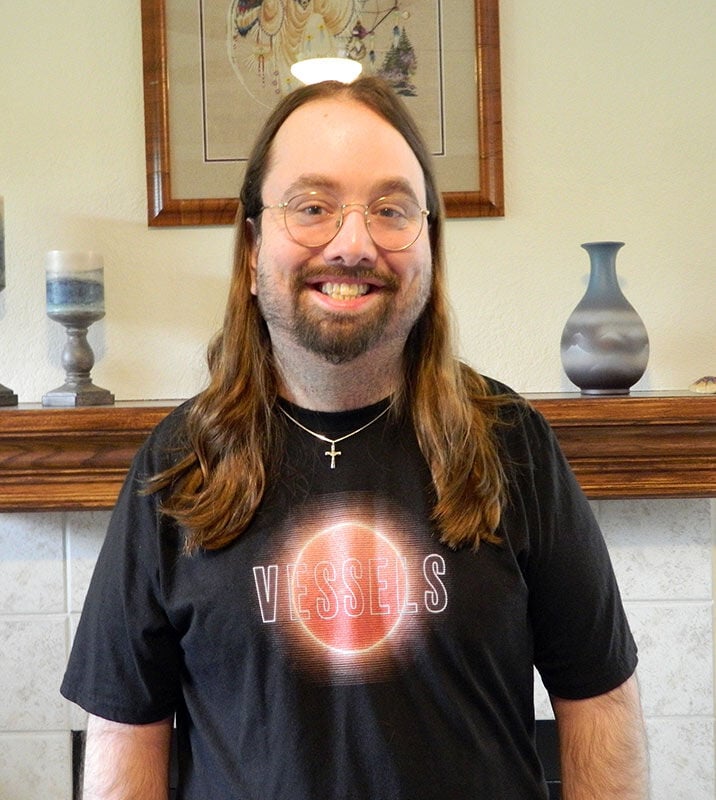 Alex Pulido, of Austin, Texas, is an independent game creator who is part of a team that recently created an award-winning PC game titled “Vessels.”

AUSTIN – A love of movies and video games at an early age led Alex Pulido to the world of indie-games.

“When I was really little I loved movies, and then I played my first video game when I was about 9 and just fell in love with it,” said Pulido, 30, of Austin.

As he got older, the Cherokee Nation citizen said he became more interested in games, and from the age of 12 he started “tinkering” with video games and “really working at it.” Eventually he went to school to study how to create video games, attending Austin Community College and earning a two-year degree. He then attended St. Edward’s University in Austin where he earned a four-year degree in game design.

Later, while attending a gaming boot camp, he met the team members he would create games with. They eventually created the game “Vessels,” which was released in December and is available on Steam and itch.io. “Vessels” has five chapters and is a PC (personal computer) game, Pulido said.

“‘Vessels’ is a game of social intrigue and deciding whether or not to manipulate for your ends or helping them (people) even it’s not in your specific best interests, and it takes place in space,” he said.

In July, the team won an Independent Game Festival award for “Best Student Game” at the Game Developers Conference in San Francisco. Pulido was the level designer for the group of six who designed, built and produced the video game.

The “Vessels” team is working on another game, but Pulido could not provide many details about it saying, “It will be different and a little more gamey.”

“‘Vessels’ is very story-driven, very dialogue heavy, and this (new game) will be more game-like,” he said.

Pulido said the success of “Vessels” was a team effort and included John Baxa, who is the project lead and team manager.

“The game idea was his brainchild that I was honored to work on,” Pulido said. “Caleb Mills is our animator and was a delight to work with. Garret Hale is our programmer and worked really hard to make everything run really efficiently. Travis Carrasquillo is our system designer and worked on creating the mechanics. Nick Morales is our 3D artist and created all the main art assets. I created the level and integrated the sounds. I design the ship and worked with the team to design the feel and flow. This is the main team we did have a few outside remote contractors. It was a real labor of love.”

On Steam, people can try “Vessels” for free using the code 3GZGY-MYZNT-QPWQM.