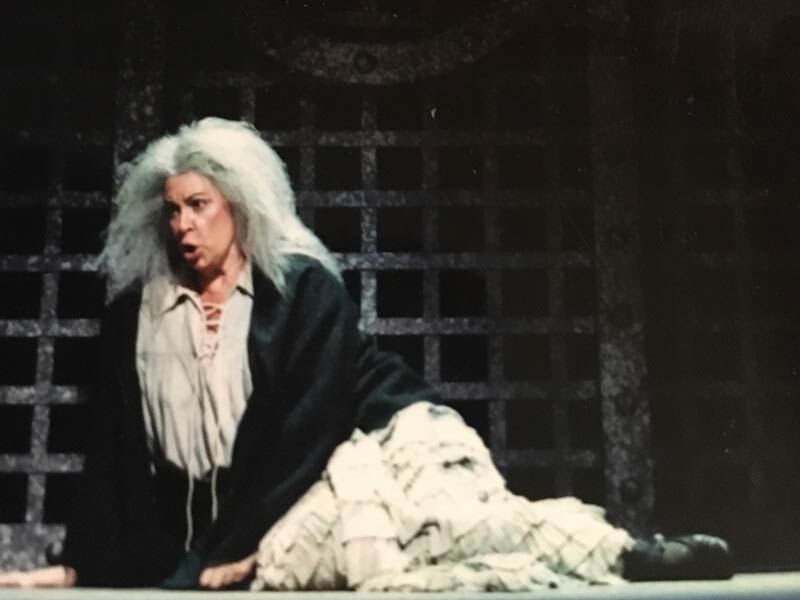 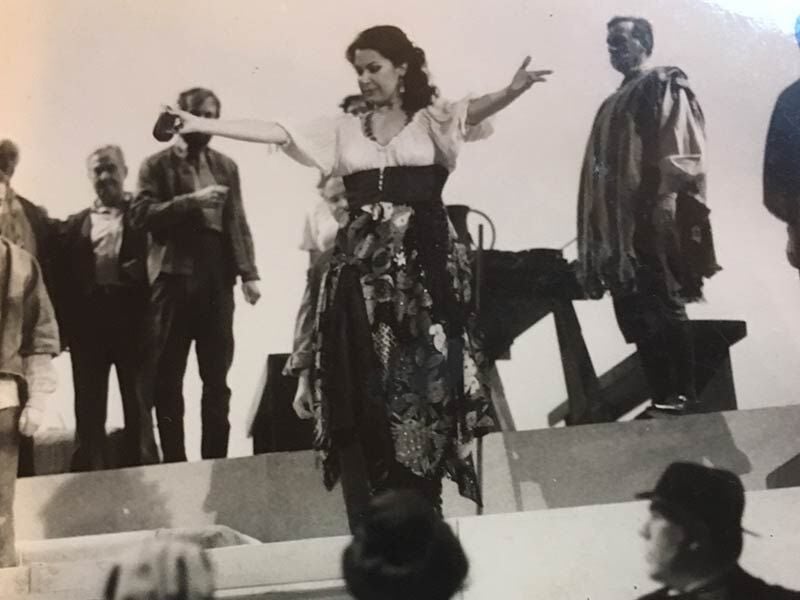 Cherokee opera singer Barbara McAlister performs the role of Preziosilla in the Verdi opera "La forza del destino." The photograph was taken during the 10 years that McAlister sung repertory opera in Germany. COURTESY 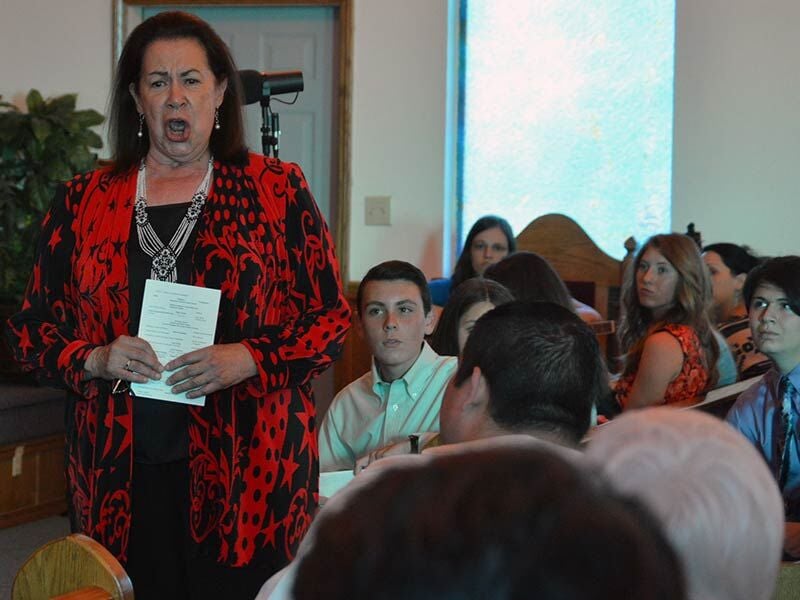 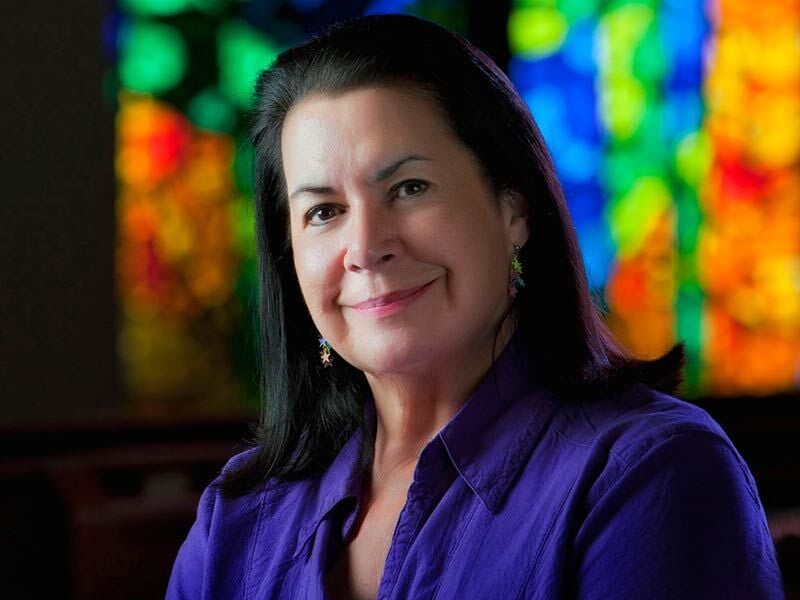 Cherokee opera singer Barbara McAlister performs the role of Preziosilla in the Verdi opera "La forza del destino." The photograph was taken during the 10 years that McAlister sung repertory opera in Germany. COURTESY

TAHLEQUAH -- Where there are young Cherokees with singing talent, Barbara McAlister is likely nearby.

The Cherokee Nation citizen and mezzo-soprano from Muskogee has been under contract for nearly 10 years with the CN teaching classical voice, and her classes typically number 18-20 students.

"There is amazing talent here, just in Green Country," McAlister said. "I have a lot of Cherokee students wanting lessons. I'm welcoming them."

The reason she's in high demand: her distinguished career as an international opera singer, which spanned decades and included more than 50 roles in the United States, Europe and Hong Kong.

Her lessons are free, and several former students have entered reputable collegiate programs or found careers in the arts.

She also received some esteemed recognition recently when she was presented a Governor's Arts Award for long-standing leadership and contributions in the arts.

It might have not happened that way. McAlister loved barrel racing and rodeo riding, and wanted to be a jockey until her growth spurts accumulated to 5 feet, 8 inches.

She comes from a musical family. Her mother was a pianist, and her father became fluent in German while singing in a Lutheran church choir in Omaha, Nebraska, where he was in medical school.

By her college years, first at the University of Tulsa, then at Oklahoma City University, McAlister had decided to sing.

"I left myself no way out," she said. "I didn't study education. During college, my voice teacher had contacts with Dallas summer musicals. She sent some of us to audition, and I got hired, so I was in professional theater right off the bat. I forgot what I was going to sing. I had to ask my accompanist. I tripped going onstage. Everything went wrong, but I must have stood out...So I got into Dallas, and it was three months of working with people like Ginger Rogers, Carol Burnett and Werner Klemperer."

McAlister also found other supporters, including Oklahoma actor Clu Gulager while performing at his summer stock theater in North Carolina. Before she returned home, Gulager told her if she was ever "at loose ends" to move to California.

"I did move to California," McAlister said. "I met my master voice teacher, Lee Sweetland, in Hollywood. He worked with Barbra Streisand briefly when she was working on 'Funny Girl.' (Sweetland) saved my voice. I had a tiny voice. I worked with him a year, and suddenly the higher I'd go the more powerful it became. I always thought something was there but could never grab hold of it until he explained it: speech-based singing. You get a good solid low breath, and it's based on how you speak."

McAlister said she would never have met Sweetland had she not met Gulager and that she owed her voice to the instruction of Sweetland and his wife, Sally.

"They were always positive; never said you can't do it," she said. "I studied with him nine years, and was singing in Hollywood -- chorus or whatever I could get. I just kept singing."

She won the Loren Zachary Competition in Los Angeles and has sung mezzo-soprano in the opera houses of Passau, Koblenz, Bremerhaven and Flensburg in Germany, as well as Monte Carlo, Cannes, Modena, Ferrara, Paris, Lisbon and Hong Kong. She toured France with the New Bulgarian Opera as Ortrud in "Lohengrin" and returned the next year as the mezzo soloist in the Verdi "Requiem."

Now she's teaching, which started off slowly until she asked for a few changes.

"I was hired by (former Principal Chief) Chad Smith," McAlister said. "I sometimes sat for days, or I would find something to do and file two hours. I knew I wouldn't be able to make a living, so I suggested that the students don't pay, that they attend free of charge, and I be paid by the tribe to teach. It worked out. I've been doing this nine years."

Recalling her shyness as an emerging singer, McAlister encourages students to believe in themselves. "I remember in college my voice teacher gave me a book titled 'I Can.' So many people don't want others to succeed. They say you can't do it because you are too shy, too tall, too short, too fat. You can, and you need a burning desire where no one can stop you. It doesn't mean you are going to be world famous, but it does mean you will be doing what you love to do, more than anything else in the world."

McAlister sees her instruction as an exquisite bow to tie around her prodigious career.

"Thanks to the people I worked with, I have something now to give," she said. "I know what I'm doing, I know how to teach it. In New York I was called a master teacher and master singer. When you are ready to pass something on, you need to know what you are giving and how to give it. If people are ready to receive it, that's wonderful.

"One has to have accumulated the tools in order to teach -- acquired over years of learning, listening, working with music coaches to know styles of music," she added. "The voice is an instrument. Training for a career in singing, both in music theater and opera, is like training for the Olympics. You have two small vocal cords that have to be developed to sing for hours a day. These surrounding muscles are developed over time, not overnight. I have been fortunate. I love teaching such lovely, smart Cherokee people. I thank my wonderful Cherokee Nation."