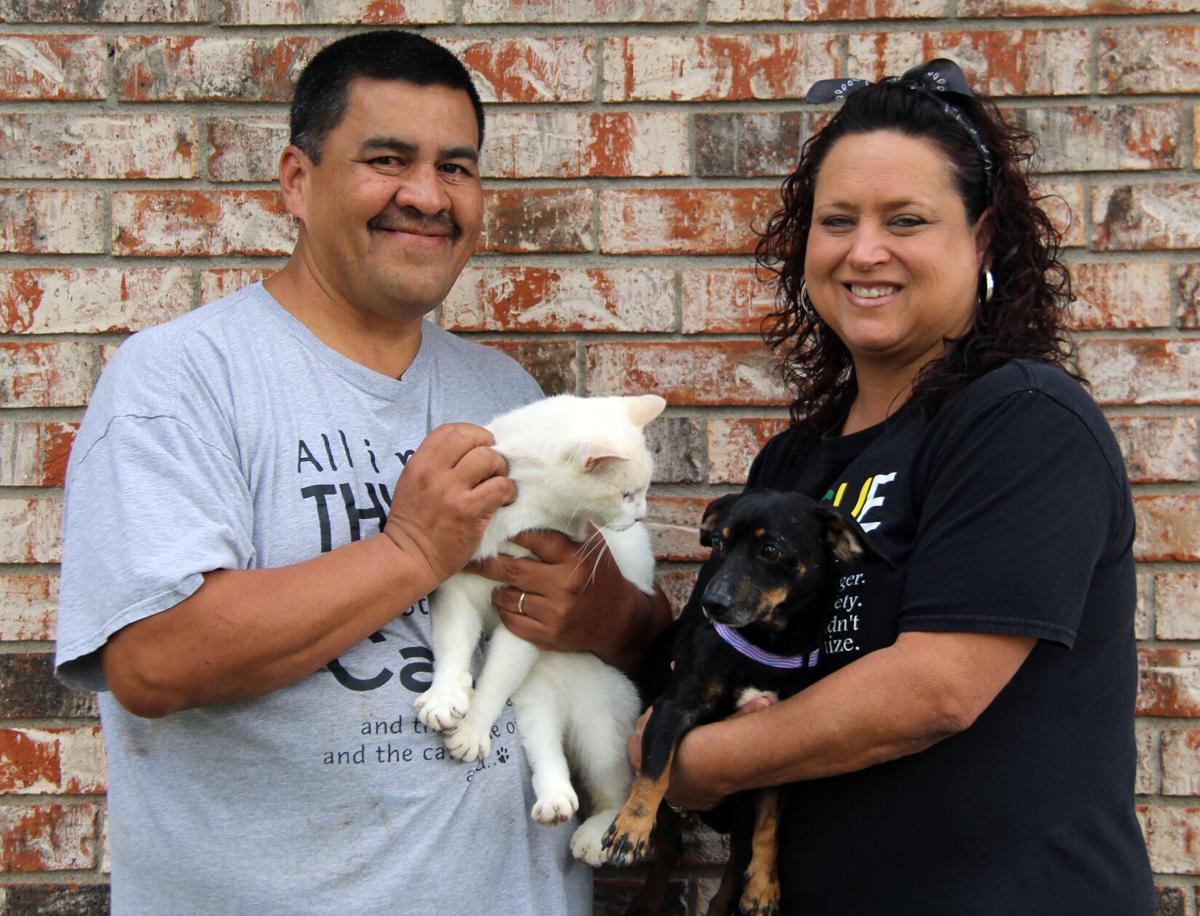 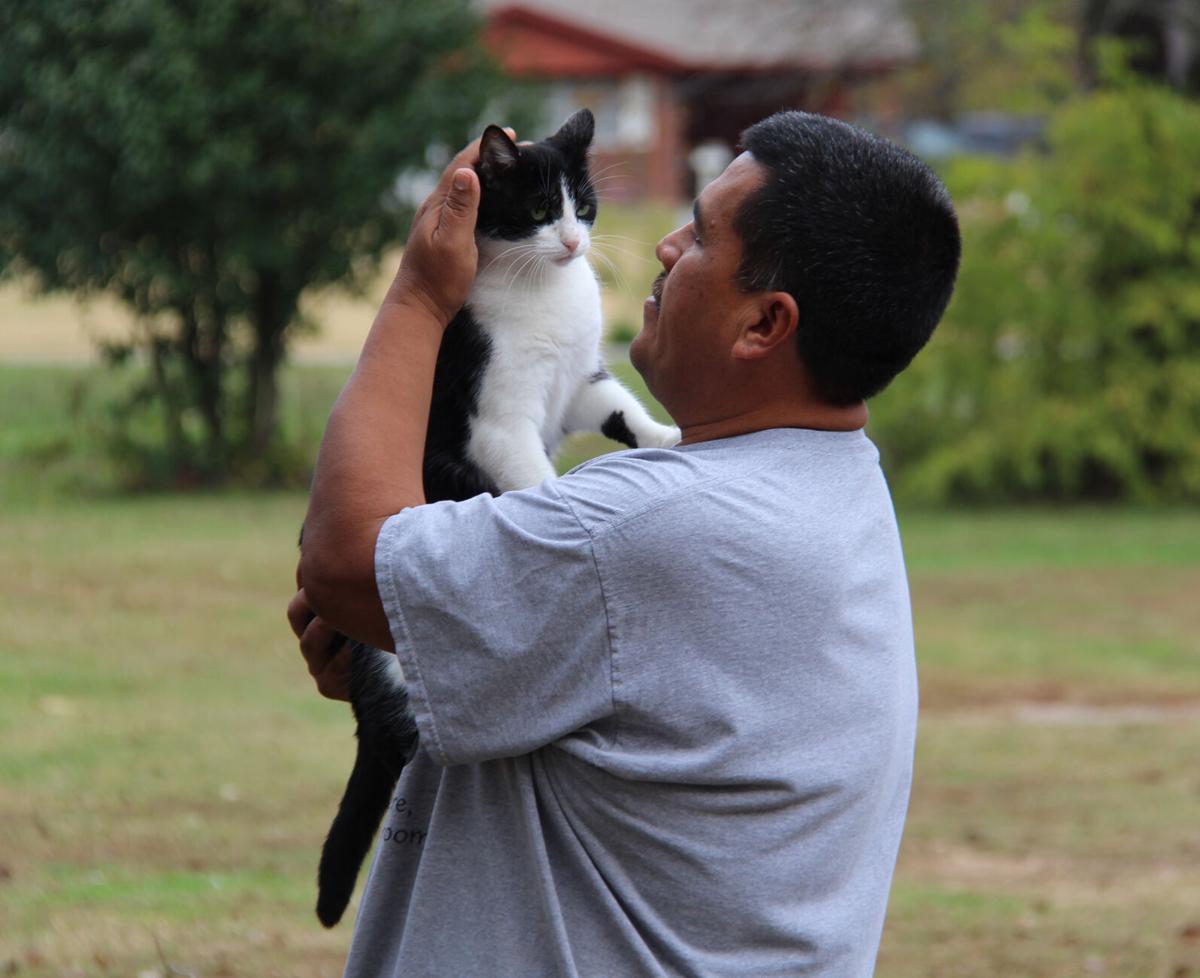 Cherokee Nation citizen Anthony Davis interacts with a rescue animal he helps care for at the Kenwood Animal Rescue, an organization he started with his wife, Christy, about six years ago. 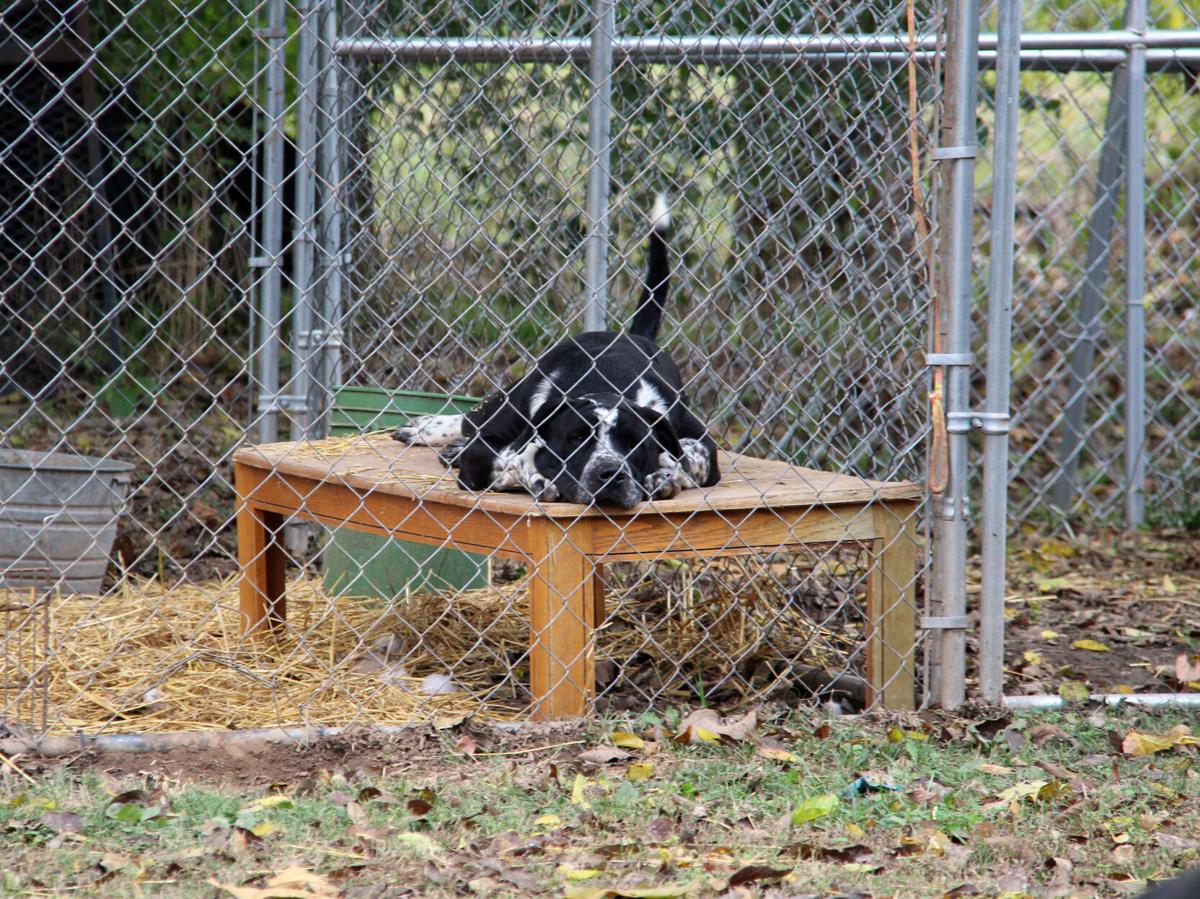 Ricky Bobby, a pit bull/border collie mix, is one of several animals that the Kenwood Animal Rescue cares for until they get adopted.

Cherokee Nation citizen Anthony Davis interacts with a rescue animal he helps care for at the Kenwood Animal Rescue, an organization he started with his wife, Christy, about six years ago.

Ricky Bobby, a pit bull/border collie mix, is one of several animals that the Kenwood Animal Rescue cares for until they get adopted.

KENWOOD – The need to take care of stray animals by giving them food and homes has earned Cherokee Nations citizens Anthony and Christy Davis the Cherokee Phoenix Seven Feathers Award in the community category.

Nearly six years ago, the couple set out to feed the strays they saw at dumps, specifically cats and dogs, attempting to rescue them by taking them home and caring for them.

“We started going around to Lake Eucha and towards Langley and all the dumpsters around Delaware County. We started taking cat food with us. We’d run into dogs. We always try to keep cat food or dog food with us,” Anthony said.

They have helped rescue and rehome hundreds of animals since they started, working out of their home and creating a space for the animals.

“When we get them we like to get them spayed and neutered. But if something happens if someone says ‘hey, I want that cat.’ We’ll tell them we’ll help them with the fees. They do a clinic in Vinita once a week and Tahlequah once a week,” Anthony said.

Christy said when they pick up an animal, she will take photos and post information to the Kenwood Animal Rescue Facebook page, asking people for help.

“A large amount is me putting it on Facebook and saying I have this animal that really needs some help, and people know what we do and they just start sending me money in PayPal,” Christy said. “Sometimes I hate asking for money like that, but I’ll put the info of the vet that we’re taking the animal to so they can send it straight to the vet and it is in that account. So it is always going toward an animal.”

“They’re the first ones that we really started working with because we started just accumulating animals,” Christy said. “Heart Strings, they do have a board. And immediately I send them, ‘hey, this is what I’ve got.’ They have helped me out financially. They have bought one of our runner pens for us. They always try and help us with medication if an animal needs medication.”

She said even though Kenwood is a low-income community, people will go above and beyond to help. For example, a friend spent more than $500 buying pet food and other items when needed.

“I have a gentleman in Salina; he’s disabled but loves to help out. He contributes every month without asking. He knows what we do and he loves it. So its different things like that; it all works out. It’s so many people in the community and surrounding communities that know what we do and they just want to help,” she said.

They said they are honored to receive the recognition for their work, but it is not why they do it.

“I’m glad that people appreciate the work that we do. We started doing it on our own and it’s just gotten bigger and bigger,” Christy said. “And with me putting stuff on Facebook or saying ‘hey, I have this cat does anyone want to adopt it or give it a forever home,’ that’s our huge goal, getting these animals off of the streets or out of those dumpsters. Then these people say ‘this animal is a part of my family and I thank you so much,’ that is the most rewarding thing.”