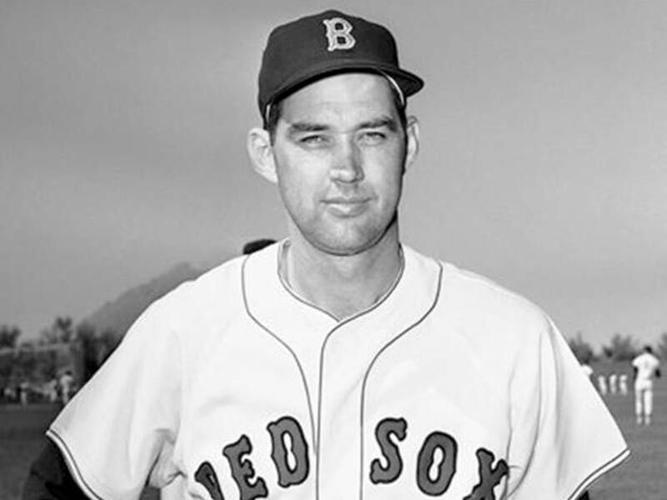 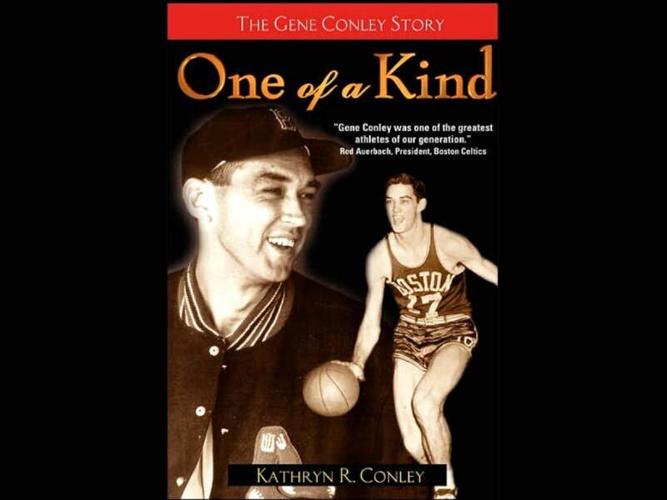 The cover to Kathryn R. Conley's book "One of a Kind: The Gene Conley Story" shows the Cherokee Nation citizen in his Boston Red Sox and Boston Celtics gear. COURTESY

The cover to Kathryn R. Conley's book "One of a Kind: The Gene Conley Story" shows the Cherokee Nation citizen in his Boston Red Sox and Boston Celtics gear. COURTESY

FOXBORO, Mass. -- There aren't many who could say they were teammates with Hank Aaron and Bill Russell on a professional level. And there was probably only one man who could say he was a teammate of both. That man was also the only one who won a World Series and NBA Finals. That man was Cherokee Nation citizen Gene Conley, who died from at age 86 on July 4 in his Foxboro home.

The family moved to Richland, Washington, when Gene was 11. He lettered in baseball, basketball and track at Columbia High School before going to Washington State University in 1949 on a baseball scholarship. There he played baseball and basketball.

He played in the College World Series that year as WSU finished 29-6. Gene hit .417 average and won five games, two being shutouts. However, being 6 feet 8 inches tall, he played basketball for a season. In that season he was named an All-American and helped WSU win the Pacific Coast Northern Division.

But it was his pitching that brought big league scouts to WSU, and in 1950 he signed as an amateur free agent with the Boston Braves. He began pitching in the minor leagues in 1951, which was also the same year he married Kathryn Dizney, who survives him.

He made his Major League Baseball debut in 1952, the same year the Boston Celtics drafted him. According to The New York Times, the MLB in the 1950s was far less lucrative than today, and Conley needed an off-season job.

The Times reports that while playing with the Braves' Triple A team, Gene pitched against the Brooklyn Dodgers' farm team on which Bill Sharman, a Boston Celtics guard, played third base.

The article states Gene's basketball talent impressed Sharman after Sharman saw Gene play for WSU against UCLA in the Pacific Coast finals when Gene was a sophomore. After the game Sharman offered to approach Celtics coach Red Auerbach to see if Gene could try out for the team, the article states.

The article states Gene made the Celtics as a reserve center and earned $4,500 for the 1952-53 season, appearing in 39 games. It states his baseball manager was displeased, and the next season the Braves paid him $5,000 not to play basketball. Gene didn't play hoops again until 1958, when the Braves cut his salary after he lost six straight games.

According to the Times, for his MLB career, he played 11 seasons -- six with the Boston/Milwaukee Braves, three with the Boston Red Sox and two with the Philadelphia Phillies. He struck out Ted Williams and played against Jackie Robinson and Pee Wee Reese. Gene won nine games in his championship season with the Braves, pitching alongside fellow Oklahoman Warren Spahn and Lew Burdette on a team that included sluggers Hank Aaron, Eddie Mathews and Wes Covington, the Times article states.

His wingspan was so great that his fastball appeared "to come out of third base," Al Hirshberg wrote in a 1955 profile in The Saturday Evening Post.

"I could sling the ball good," Gene told the New York Times. "I pitched nearly my whole career with just two pitches, and if you do that you usually don't last too long."

The Times states that in the years the Celtics made the playoffs, Gene showed up late for baseball's spring training and out of shape despite playing basketball.

"I'd just go down there for two weeks and tell them I was ready to go, but I really wasn't," he told the Times. "The muscles are so different that when you get on dirt and put cleats on, it's like running on clay, so all these different muscles get really sore."

Playing two sports allowed little time to heal injuries, which often impaired his pitching. He struggled with back pain throughout his career and shoulder problems starting in 1955.

The Times states that toward the end of his career with the Red Sox, he received regular cortisone shots in his shoulder but did not tell the team, fearing his career would be over if it was known he had a sore arm. Though he won a career-high 15 games in 1962, his arm never recovered.

After his playing days, he and his wife ran their Foxboro Paper Company for 35 years before retiring to Florida. The were married for 54 years and later returned to Foxboro. The couple had two daughters, a son and seven grandchildren. Kathryn wrote a book about his life called "One of a Kind."