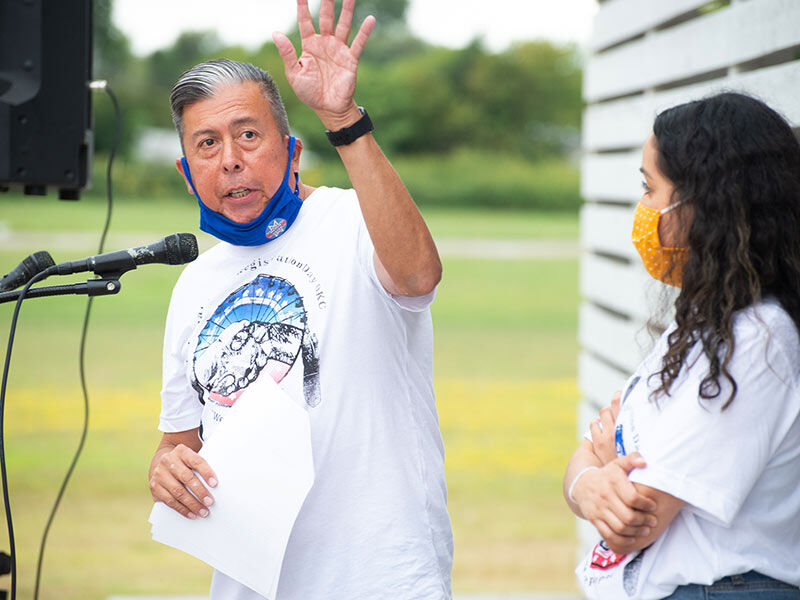 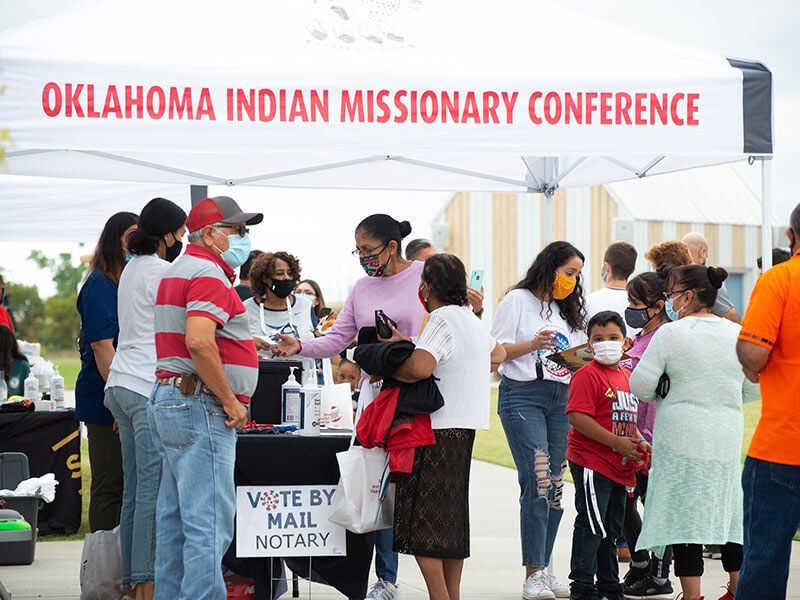 The Oklahoma Indian Missionary Conference of the United Methodist Church administered "Rock the Native Vote 2020" to get Native people registered to vote in the Oklahoma City area and in Tulsa. The National Urban Indian Family Coalition is funding the project, and Rev. David Wilson, (Cherokee/Choctaw) is the project director. COURTESY 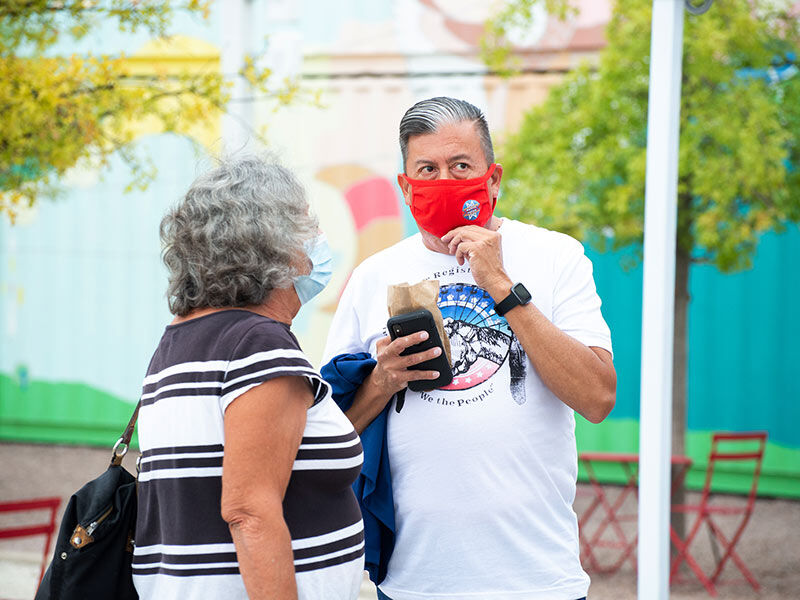 The Oklahoma Indian Missionary Conference of the United Methodist Church administered "Rock the Native Vote 2020" to get Native people registered to vote in the Oklahoma City area and in Tulsa. The National Urban Indian Family Coalition is funding the project, and Rev. David Wilson, (Cherokee/Choctaw) is the project director. COURTESY

OKLAHOMA CITY -- Rev. David Wilson, "Rock the Native Vote/2020 Census" director, led efforts to get Native people registered to vote in the Nov. 3 election and take part in the census in the Oklahoma City area and in Tulsa.

Wilson, who is Cherokee and Choctaw, said efforts to get Native people registered began in the fall in 2019.

"We hit the ground running, and of course, before the pandemic we were everywhere at powwows, Indian taco dinners, whatever we could find. When the pandemic hit it kind of shut us down, so we really focused on social media outreach to get the word out," he said.

Beginning in mid-August, "Rock the Native Vote/2020 Census" again began attending outdoor events making it safer for people to register to vote and take part in the census while taking precautions by wearing personal protective equipment.

"We've been to downtown events in Oklahoma City, some Black Lives Matter events,' Wilson said. "Although we are based in Oklahoma City, we also have a Tulsa chapter. We had some folks working there, and they've been doing the same thing -- setting up outside at different events."

Wilson and his staff also hosted online events, including concerts. During the concerts, the census was promoted and participants had a chance to win T-shirts. The group also partnered with the Oklahoma City Thunder basketball team, the Hispanic group "Voto Latino" and OKC area student groups. Also, the Oklahoma City mayor recently honored Wilson and his team for their work.

The deadline for registering to vote for the Nov. 3 election was Oct. 9, but Wilson said "Rock the Native Vote" would continue to work on registering people to vote to build on the approximately 300 people the group has helped register to vote.

Wilson said efforts to register more Native Americans to vote began in 2002 with the Indian Methodist Churches in Oklahoma, Kansas and Texas. In a 2002 meeting for 40 to 50 young church leaders, Wilson said they were informed there was a perception that Native people don't vote, and if Native people didn't vote other people would be making decisions for them.

"So that really compelled us, and so since 2004 we've really been doing this off and on mostly with volunteers," Wilson said. "Usually for big elections we mobilize, not to the degree we've done this year."

Wilson is assistant to the bishop for the Oklahoma Indian Missionary Conference of the United Methodist Church that has 81 churches in Oklahoma, Kansas and Texas. He earned his master's degree in divinity from Phillips Theological Seminary in Tulsa in 1994 and a bachelor's degree in mass communications from Oklahoma City University in 1990.

Despite the pandemic shutting down many of the places "Rock the Native Vote/2020 Census" planned to go, Wilson said the group's efforts were successful because people of all ages registered to vote. He said it was interesting to him that elderly people registered to vote for the first time in their lives.

"It's pretty neat to see people of all ages registering, but really at some of the places we've seen a lot of younger folk, millennials, who are getting registered. But really we see folks of all ages," he said.