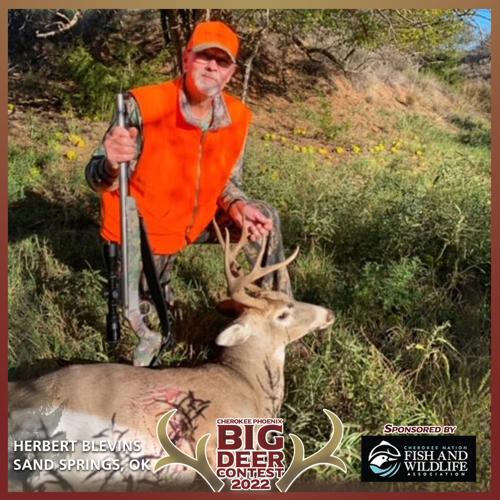 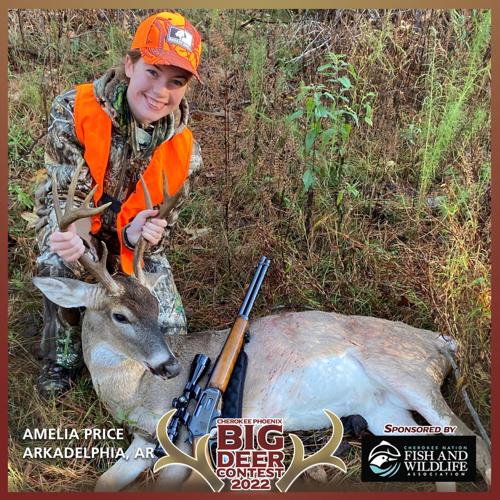 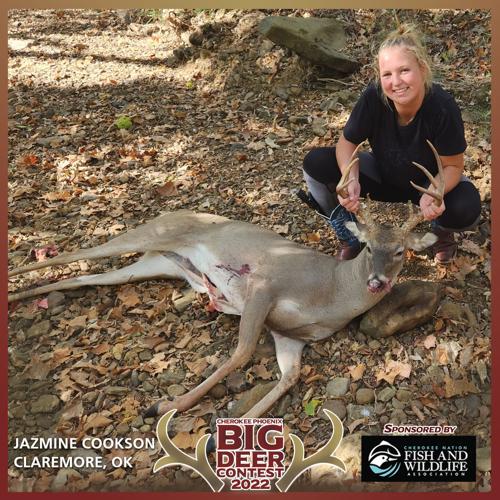 Cherokee Nation citizen Jazmine Cookson, of Claremore, poses with a deer harvested during the 2022 hunting season.

Cherokee Nation citizen Jazmine Cookson, of Claremore, poses with a deer harvested during the 2022 hunting season.

The Cherokee Phoenix had asked hunters to send photos of themselves with their deer between Oct. 1 and Dec. 31, 2022. Blevins, of Sand Springs, was the random grand-prize winner of $500. Blevins submitted a photo with an eight-point buck.

“It was a decent eight, but I’ve killed a lot bigger bucks,” he said.

Blevins, 66, has been hunting for 50 years. He learned how to hunt in Delaware County.

“I go out every year,” he said. “That’s my Christmas when deer season rolls around. That’s what I enjoy.”

Price, of Arkadelphia, Arkansas, and Cookson, of Claremore, were consolation winners and received $250 each. Price harvested a nine-point buck during her state’s youth hunting season.

Visit cherokeephoenix.org for a gallery of the eligible Big Deer Contest submissions.