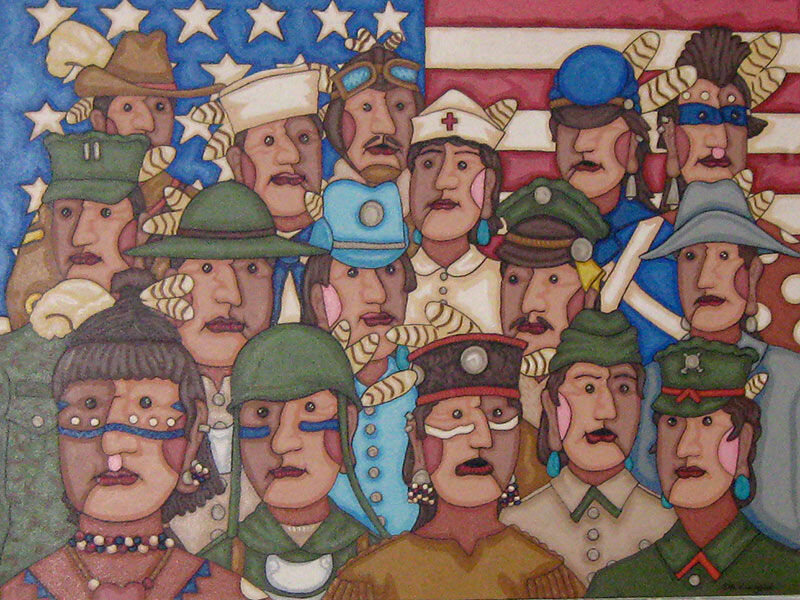 "Veterans" painted by Cherokee artist Jesse T. Hummingbird represents the diversity of Native military service through the past 250 years. COURTESY 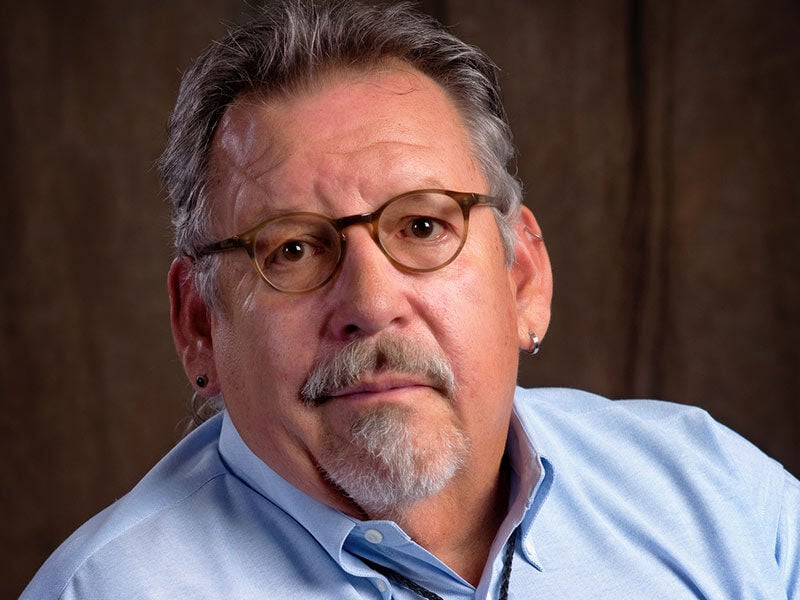 "Veterans" painted by Cherokee artist Jesse T. Hummingbird represents the diversity of Native military service through the past 250 years. COURTESY

WASHINGTON -- The National Museum of the American Indian will dedicate its Native American Veterans Memorial on the grounds in Washington, D.C., on Veterans Day, Nov 11. The exhibition titled "Why we Serve: Native Americans In the United States Armed Forces" will include a painting by Cherokee artist Jesse T. Hummingbird.

The 30-inch-by-40-inch acrylic painting represents the diversity of Native military service through the past 250 years. The piece will also be included in the book of the same title and is shown in the Fall 2020 NMAI special commemorative issue magazine.&#2013266080;

The memorial was designed by Harvey Pratt (Cheyenne/Arapaho), who is also from

Oklahoma as is Hummingbird. The celebration will be virtual to mark the memorial's completion. The exhibit will be housed inside the museum and will include historical and contemporary photographs, artworks, and stories that consider the various reasons why so many American Indians have worn the uniform of the United States.&#2013266080;

Hummingbird is a well-known painter, graphic artist and commercial illustrator, born in Tahlequah, Oklahoma, who became a full-time artist in 1983. His paintings depict Cherokee and other Native American themes. He also produces mixed media masks and giclee reproductions of his paintings. He has illustrated several children's books, holiday cards and notecards. He has won national awards and exhibits his work at shows across the southwest. He is an elder of the Cherokee Nation and in 2017 was selected as a Cherokee National Treasure. His work can be seen and purchased at jessethummingbird.com.