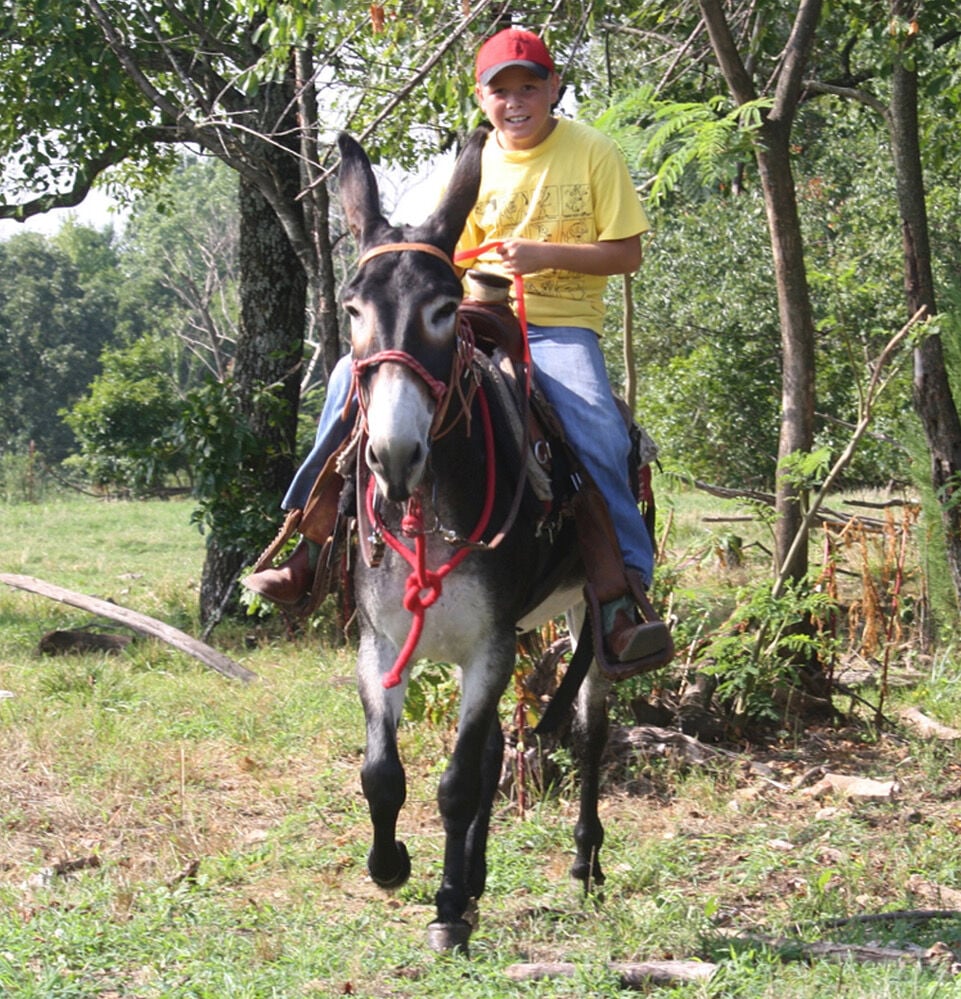 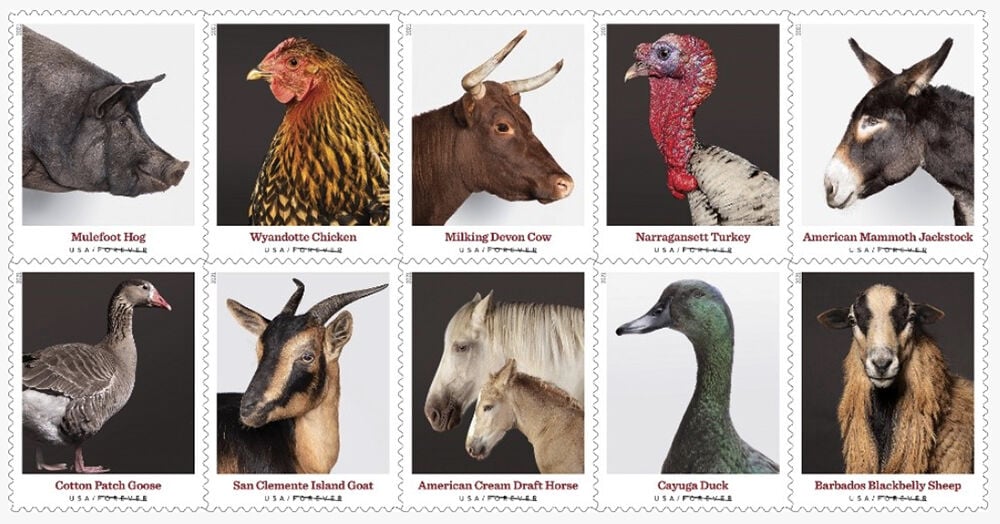 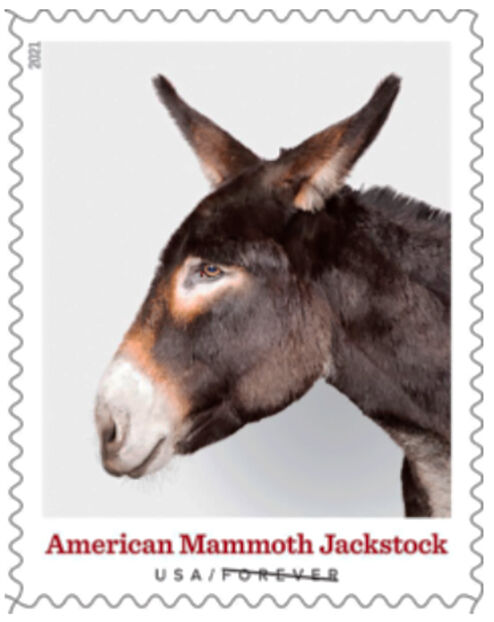 STILWELL – A rare donkey from Stilwell has been immortalized in a U.S. Postal Service stamp series that pays homage to heritage breeds of livestock “whose unusual appearances and remarkable qualities take us back to our nation’s agrarian roots.”

“We just feel like it’s quite an honor that one of the animals that came from our farm is on a national stamp,” said business co-owner and Cherokee Nation citizen Gina Garrett. “We have raised and shown Mammoth Jackstock for over 50 years here. We have the largest herd in Oklahoma, and they chose this donkey to be on these national stamps.”

The black donkey with white accents was a favorite of Garrett’s late grandson, CN citizen Dozer Beaver, who died in 2012 at age 11.

“Dozer passed away from a brain tumor nine years ago,” Garrett said. “Dozer rode that donkey and showed that donkey. It was young when it was here when Dozer was riding it.”

The Garretts sold Sharpy to friends in Guilford, Connecticut, more than a decade ago. Sharpy’s owner, Kimberly Brockett, in an interview with the local Middletown Press, said her donkeys participate in different forms of “agritainment,” such as petting zoos, donkey rides, Christmas pageants, nativity scenes and educational events.

“Most people think donkeys are mean and stubborn and they really are the opposite,” she told the newspaper. “They’re like big puppy dogs. It’s wonderful to have our animal singled out to be the representative of the breed, but it really is educating the public and promoting the breed because it is a critically endangered breed.”

George Washington and others developed the now-rare American Mammoth Jackstock breed, according to The Livestock Conservancy.

“The primary function of American Mammoth Jackstock has historically been to produce draft and riding mules,” the nonprofit organization states on its website. “Today, mules are as likely to be used in recreation as in agricultural work. Within the breed, very few of the historic-type black Mammoth Jacks remain, and conservation of these strains is a priority for the breed.”

“The stamps beautifully represent the priceless genetic diversity of heritage breeds in the United States,” said Steve Monteith, U.S. Postal Service chief customer and marketing officer. “Understanding the history of heritage breeds and their abilities for survival and self-sufficiency – it’s easy to see their value.”

At the Garretts’ farm in Stilwell, donkeys have become a thriving business.

“We have about 100 donkeys,” Garrett said. “We are always selling them. As a matter of fact, we can’t keep broke-to-ride donkeys. We have three guys that work for us full time riding every day. We are in the process of breaking new ones all the time.”

Garrett Mammoth Jackstock has been in business for an estimated 50 years.

“My husband (Bill) started out with a few mules and then he wanted to raise some more so he bought a Jack and started breeding mares and producing mules,” Garrett said. “Then his love for the donkeys just took over. He sold the mules, so we just completely raise the donkeys. Part of our herd is just brood stock. We’re going to have about 20 babies this year. Another part of our business is broke-to-ride saddle donkeys. We sell them all over the United States and in several foreign countries. People are just really enjoying a nice, safe trail ride on the donkeys.”