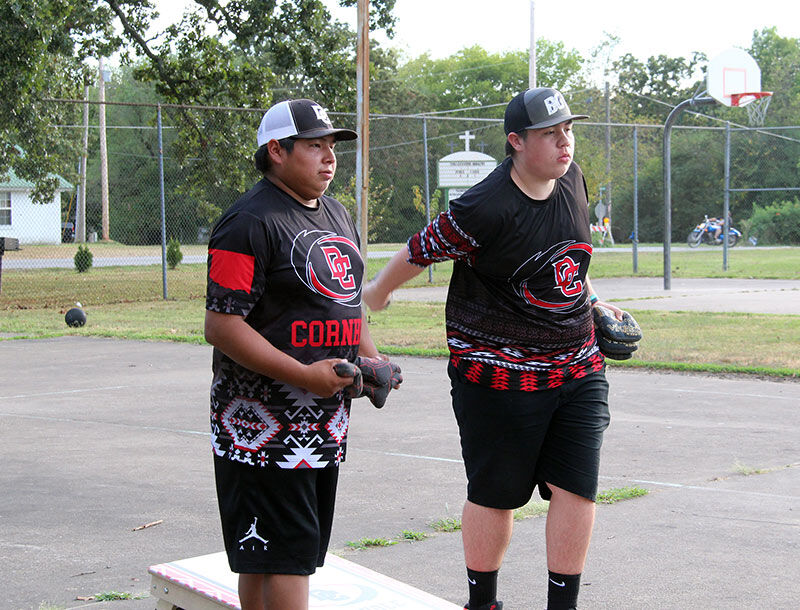 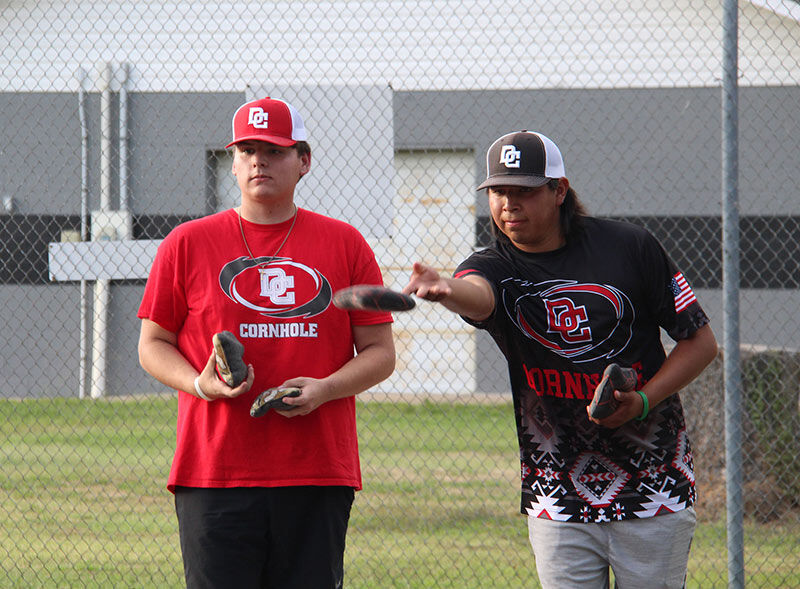 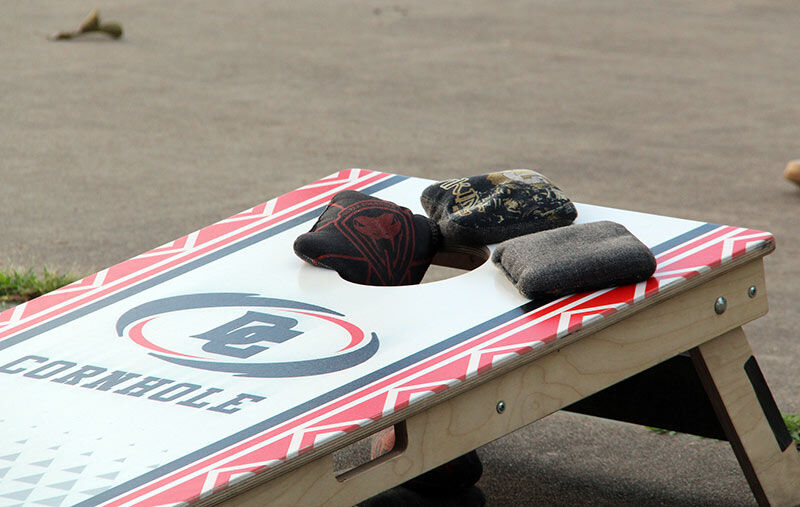 The basic rules of cornhole is to throw a 6-inch-by-6-inch square bag 27 feet to an opposing board, attempting make it into a hole that is 6 inches in diameter for three points, also scoring points if the bag lands on the board. The bags also have a fast side and slow side used for offensive and defensive strategies.

The basic rules of cornhole is to throw a 6-inch-by-6-inch square bag 27 feet to an opposing board, attempting make it into a hole that is 6 inches in diameter for three points, also scoring points if the bag lands on the board. The bags also have a fast side and slow side used for offensive and defensive strategies.

JAY – From the backyard to the big stage, three Cherokee Nation citizens from Delaware County have made professional status in the sport of cornhole for the 2021-22 season.

The first to go pro is Jacob Foreman, of Jay. He’s only played for about two years, beginning at a cousin’s birthday party.

“I thought it was fun, so I picked it up and tried to get real good at it,” he said.

Foreman attended American Cornhole League open tournaments collecting points, and by the end of the season, had enough points for a high national ranking.

“I ranked 20th in the nation, so they took the top 24 to become pros,” he said. “Then they had a pro qualifier, which you had to place top 34. I didn’t have to play in that thankfully because there was a bunch of really good people in that. I just made it by points, which put me at the 20th in the nation.”

He said he has to play in at least 12 tournaments, with the first one in California in February. He added that his goal for the season is to be in the top 20 in singles and in the top 10 in doubles.

“(I) just try to put as many bags in the hole as I can, really. Just try to keep making them and try to make my opponent make mistakes that I can capitalize on,” said Foreman, who is seeking sponsors for his rookie pro season jersey. “My pro jersey will be featured on EPSN and CBS Sports. And the collaboration jersey will be on ACL digital network and Facebook lives.”

However, Foreman will have to maintain his ranking to stay at the pro level.

As for brothers Trae and Ty Drywater, of Colcord, they made the pro roster for the American Cornhole Organization.

“I wasn’t expecting it,” Trae said. “We work really hard and we practice a lot. It was just a great experience to just even go down there to where you can qualify for the pro status.”

They will be partners in upcoming tournaments.

“We work together very well and we play extremely good together,” Trae said.

The brothers have also played for nearly two years. Ty said he has come a long way from when he started.

“I put a lot of work in,” Ty said. “From when I first started, I didn’t know how to throw a bag or anything like that. It was basically just flopping through the air and I started working on my spin, everyday I was out there for hours and then I finally got it down.”

The objective is to throw a 6-inch-by-6-inch square bag 27 feet to an opposing board, attempting to make it into a hole that is 6 inches in diameter for three points, also scoring points if the bag stays on the board. The bags also have a fast side and slow side used for offensive and defensive strategies.

“It’s easier to fly through the air if you have the bag spinning,” Ty said. “As long as it’s spinning it’s going to fly through the air better. The slow side (of the bag) is more or less for control, to be able to turn your bag different ways…or defense. The fast side, I just use it for pushing through bags and following bags in.”

Trae and Ty will play in tournaments, called majors, in Oklahoma and surrounding states with the goal to make it to the world tournament.

“Now that I made it, I’m setting a new goal to make it further. Maybe place in the worlds or win worlds. For me, it’s all about setting another goal,” Ty said.

Foreman and the Drywaters are a part of a group called DC (Delaware County) Cornhole, which allows players to practice together and support each other in tournaments.

Foreman and his dad, Delbert, helped create DC Cornhole. Delbert, also a CN citizen, is waiting on his approval to become pro in the ACL.

Delbert said little did he know that playing backyard game would turn into what it has.

“After we got to talking to a few people, they said ‘hey, why don’t you just start trying to get some points.’ We said what are points? So they went along and they explained everything to us,” he said. “We come to these tournaments, they said we should start going to ACL tournaments. So we went to those and we realized that we were doing pretty good. So we kept on going further and further. Then we just got to where we are now.”

Fellow player and CN citizen Matthew Creekkiller also gained enough points that he is waiting for his ACL approval.

“I went to South Carolina to go and try and be pro,” he said. “I was eight points away so that right there helped me on my application. So I think I have a good shot at getting in.”