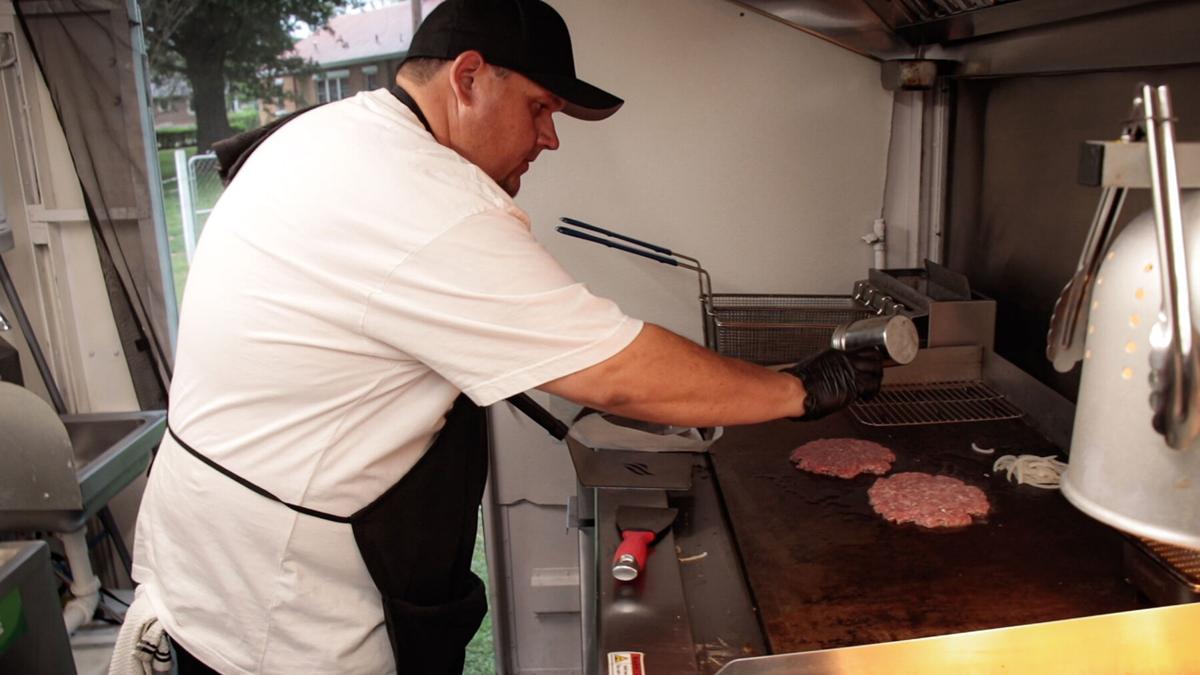 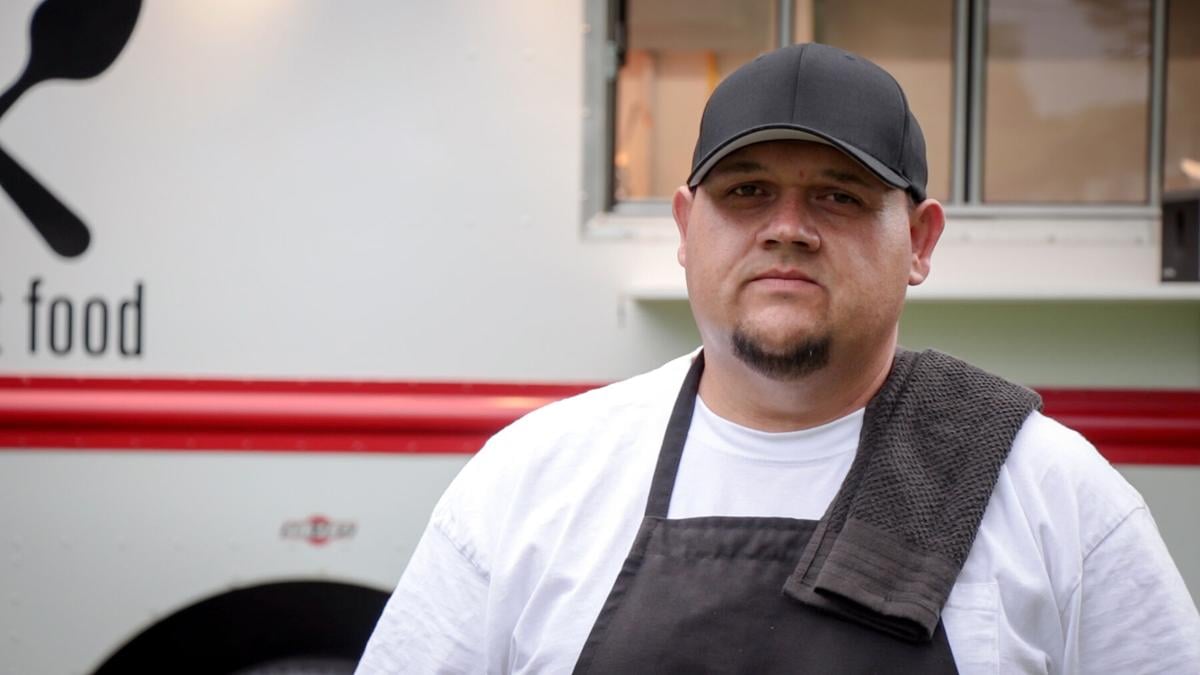 Hitcher wanted to get into the food service industry but was unsure of how to get started. His late mother pitched him the idea of purchasing a hot dog cart and insisted that it would be a good place to start.

“I did some research on it and ended up buying one. I had to order it and it takes a little while to come in. During that time, she (his mother) ended up getting a kidney transplant and passing away,” Hitcher said. “So when the hot dog cart came in I thought that this is her idea and she’s not here, so I knew I was going to do this and not fail at it. I pretty much started up because of her.”

Hitcher spent the next two years selling hot dogs from his cart wherever he could find a place to set up. He also used his cart to support community events. Boss Dogs hot dog cart became a staple of the Stilwell Little League during baseball season. Hitcher said he loves to give back to the community that supports his business and uses his cart to help fundraise for little league teams. Proceeds go to help pay for uniforms for little league players.

After gaining some success with the hot dog cart, he decided to start Boss Dogs BBQ Catering, and caters different events. His catering business, much like his hot dog cart, has seen success.

“My catering business today is booked for the rest of the year. It’s just been non-stop busy and I couldn’t be more blessed with that,” he said.

Following the success with both of his food ventures, he decided to turn Boss Dogs into a food truck. He and a friend purchased a box truck and built his dream from the wheels up.

“I didn’t know anything about building a food truck and he didn’t either, but we did it. I was pretty proud of myself to be able to sell hot dogs enough to fund a food truck,” Hitcher said.

Boss Dogs has gained popularity with the people in Stilwell during the past few years. Boss Dogs can be found at local events, and Hitcher can still be found out and about with his hot dog cart too. Boss Dogs food truck sells various burgers and what Hitcher refers to as “comfort food.”

“It’s food that I like and I knew that if I wanted to open a business I was going to do a burger truck. I have some ideas about bringing some healthier items. I’ve had people ask about doing turkey burgers and stuff like that. Not a problem, if that’s what the people want, I’ll cook it,” he said.

People can find where and when Boss Dogs will be by checking Facebook at Bossdogs55. There you can find Hitcher’s contact information for catering or for having him set up his hot dog cart at events.

Boss Dogs has accumulated a strong following of loyal customers, and Hitcher doesn’t plan on slowing down anytime soon. “Being a brick and mortar is not out of the question. Boss Dogs does have a bright future. Big things are going to come, and I just can’t wait to share it with everybody,” he said.