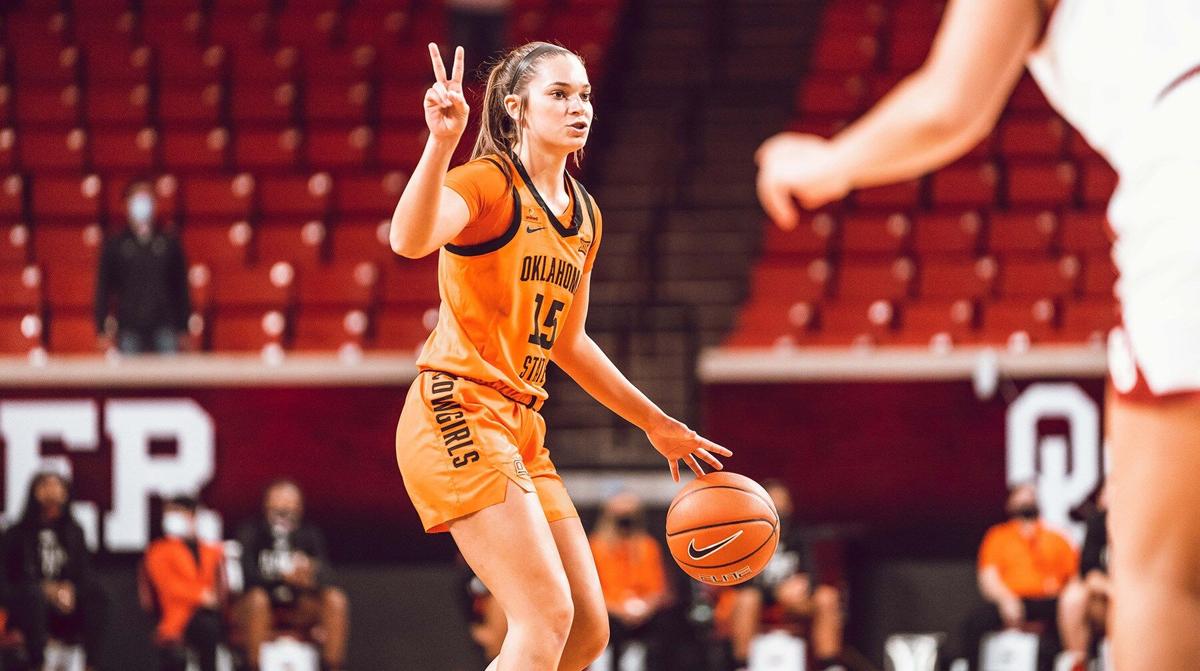 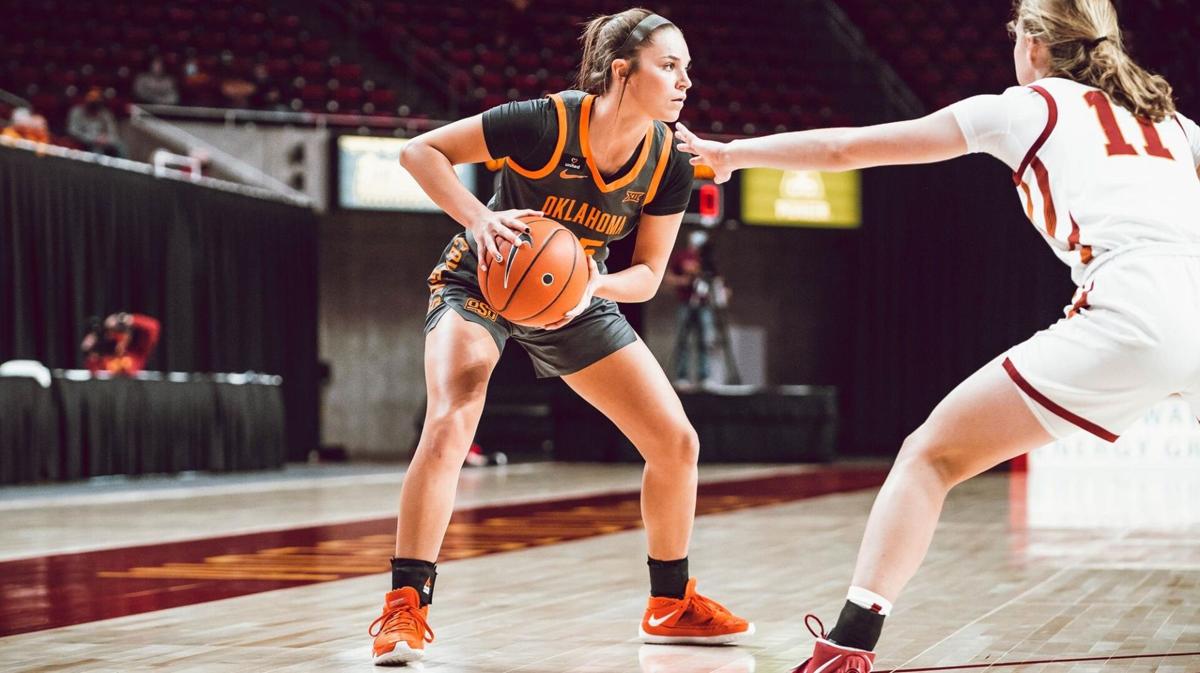 Lexy Keys averaged 7.3 points per game in her first season with Oklahoma State.

Lexy Keys averaged 7.3 points per game in her first season with Oklahoma State.

The 5-7 freshman from Sequoyah High School finished the 2020-21 campaign averaging 7.3 points per game while amassing 72 assists and 24 steals to help the Cowgirls advance to the second round of the NCAA tournament before falling to eventual national champion Stanford.

“Being able to take part in the NCAA experience was so exciting,” Keys said. “Going to the NCAA tournament has been a goal of mine since I started playing, and being able to achieve that goal was something that I will cherish forever.”

“The best part of the NCAA tournament for me was getting the opportunity to play the best of the best,” Keys said. “You’re getting challenged every single game and that was fun for me. Not everyone gets that experience and I will never take that for granted.”

Projected as a reserve in preseason, Keys started 16 of the Cowgirls’ 28 games in a season that was shortened by a game, and saw limited crowds, due to the pandemic.

“COVID has definitely made it an unprecedented year,” she said. “It was difficult on me having to stay isolated away from my family because they are so important to me. This basketball season made it all worth it though.”

Playing a two-semester sport and keeping the academics in order can be a challenge, but Keys said the faculty has been supportive.

“I’ve had to make sure I’m keeping up with my studies and have had to communicate well with my professors and advisors, but overall this past year has helped me grow tremendously as a person and a player,” she said. “I have decided to major in psychology with an emphasis in pre-occupational therapy.”

Keys said playing basketball in college is different from high school, but she hasn’t forgotten the school and the gym where she got noticed by the university scouts.

“I chose Sequoyah High School – an all-Indian high school – because it is known for its winning tradition,” Keys said. “In the four years I played for Sequoyah, there was not a time that the gym was not packed full of Sequoyah fans, regardless of where or when we played. There is nothing like playing in a gym full of fans cheering you on, and I was fortunate to have that experience every game for four years.”

She said the support and loyalty of the fans were “amazing.”

“Those same fans still support me in my college career, and reminds me that I am not just playing for myself,” Keys said. “I am still playing for those loyal fans.”