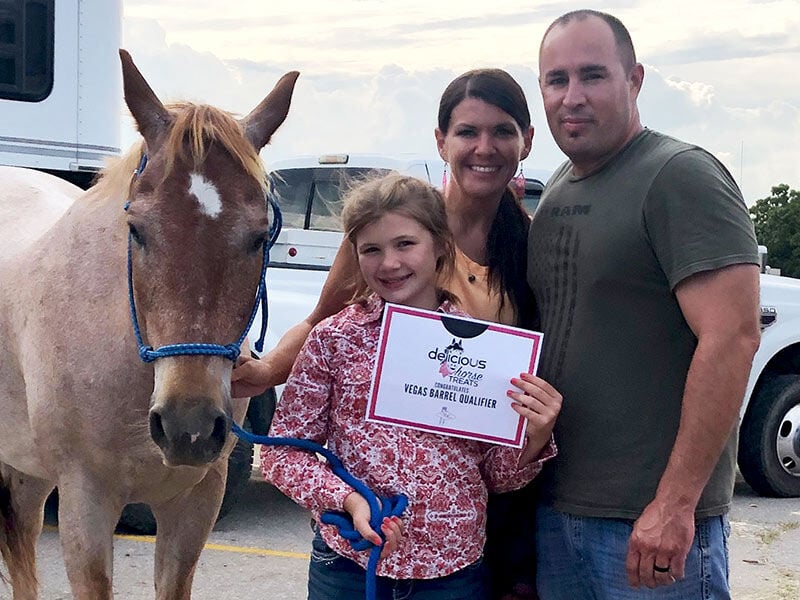 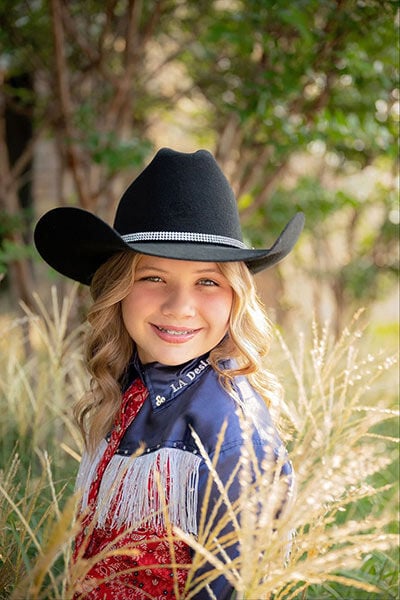 SAPULPA – After receiving a pony from her grandfather at age 7, Cherokee Nation citizen Ginlee Kinsey quickly fell in love with horses and the sport of barrel racing.

Her passion led to her determination to compete in the KK Run for Vegas/Junior World Finals in Las Vegas, a feat she will be doing in December.

“I was watching this little girl run the pony through the barrel pattern, and that's pretty much when I realized that I wanted to do it (barrel race),” said the now 12-year-old Ginlee.

Now, Ginlee rides her mare Snook and together they have won “quite a bit” of races.

Ginlee’s mother, Mari, said her daughter has competed in approximately 250 competitions and has qualified for various races including the most recent in Las Vegas.

“How you qualify is they have about 17…races around the United States, and to qualify to go to the Junior National Finals you have to be the first or second fastest time in the race in your age division…or they take the top 10 contestants with the top points,” said Mari. “Ginlee actually placed second at a race that was in Guthrie, Oklahoma. So that's how she qualified to go to Vegas.”

Ginlee, who rides in the Junior Division for junior barrels, was set to run on Dec. 8 and 10. She was one of approximately 60 other youth who qualified to compete in the division.

“They average the two times together and they take the top 20 for the Saturday (Dec. 11) competition, which is what they call the short go,” Mari said. “And so, they place them fastest to slowest then they'll do an award ceremony.”

When Ginlee found out she qualified for the event she made sure to practice as much as possible.

“We went to pretty much every race possible to make sure we got as much practice as possible,” she said. “It was a big ordeal. We’ve been getting ready pretty much since I qualified.”

While she may have poured more time into training, this is something Ginlee is familiar with as she typically practices at least three times a week and races on weekends. Though much time is spent training, it isn’t a deterrent to Ginlee because she loves riding.

“I love riding period. And I love being with my friends,” Ginlee said. “Once you start racing the bond with a horse and rider is pretty much unbreakable.”

When it comes to prepping and actually competing, Mari said it takes a “village” to help Ginlee with her passion.

“Thank you…to everybody that has helped her and supported her because it definitely takes a village. It takes a team of grandparents, to trainers, to vets, to everything,” said Mari.