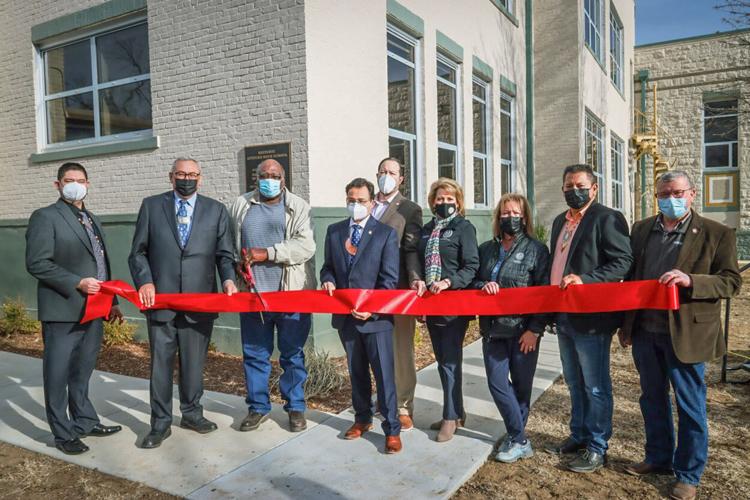 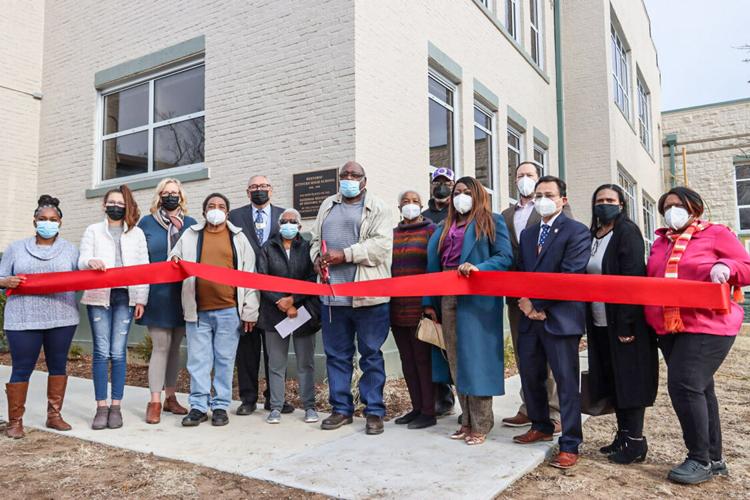 Before and after photos of the refurbished Attucks School building in Vinita.

Before and after photos of the refurbished Attucks School building in Vinita.

VINITA – The Cherokee Nation held a dedication ceremony Jan. 12 to celebrate the newly refurbished Attucks School Building in Vinita, which gives the historical property new life as the future home of the Boys and Girls Club.

The school was built in the early 1900s and designated the first through 12th grade school for the community’s black students before desegregation. In 1939, a Works Progress Administration gymnasium was added, and the site was listed on the U.S. National Register of Historic Places in 2009.

“Attucks School has a storied history in our community and one that could’ve been lost to its fallen state of disrepair,” Principal Chief Chuck Hoskin Jr. said. “Now, a century later we can continue its mission serving youth and preserving its history, as a state-of-the-art afterschool program and new home of the Vinita Boys and Girls Club.”

Attucks school sat dormant for years until Vinita Public Schools transferred the property to the Housing Authority of the Cherokee Nation. The transfer was made possible thanks to HB 1334 sponsored by then State Representative Chuck Hoskin which passed in 2018, allowing the transfer of surplus public-school property to housing authorities.

Cherokee Nation undertook substantial rehabilitation of the structure, gutting the building, re-plastering every wall, adding a commercial kitchen and restoring the gymnasium and original hardwood floors. It was a $3.5 million investment by the tribe.

“When I last stepped foot into the school several years ago, it had so much mold it wasn’t safe to go in. I worried when it closed it would sit vandalized and its historical significance gone,” said Kirkendoll, now the Attucks Alumni President. “The first time I saw it redone, I was lost for words. It’s wonderful the Cherokee Nation did this, and I hope the Boys and Girls Club students enjoy it.”

The 10,000-square foot facility with six classrooms, kitchen, conference room and gymnasium will now serve the 221 students ages 5-18 of the Vinita Boys and Girls Club.

The program had utilized space in Hall-Halsell Elementary and during COVID when schools shut down sought temporary space for a year at Trinity Baptist.

“Since our unit opened in Vinita, our members haven’t had a place to call their own,” said Lindsey Harris, CEO of Boys and Girls Club of Vinita and Chelsea. “This will give us autonomy, our youth opportunities and a safe place to call home.”

The Cherokee Nation forged strong partnerships with the Boys and Girls Club, city of Vinita, Vinita Public Schools and Attucks Alumni on the Attucks renovation.

“The Attucks Building Dedication is the perfect example of strong partnerships working together for the good of the community in terms of providing jobs, infrastructure investment and childcare services for our community,” Deputy Speaker of the Council for the Cherokee Nation Victoria Vazquez said. “I also appreciate that because of our partnership with the Boys and Girls Club, we are able to teach youth in these programs about our art and culture in this historically preserved facility.”

“It is gratifying to see a piece of legislation I authored do so much good in this community,” Mayor Hoskin said. “Saving the historic Attucks school and making Vinita a better place is the type of effort we need to make across this state.”

The Cherokee Nation acquired the Attucks property in 2019. It began construction in 2020 with Builders Unlimited serving as the contractors, and dedicated the building to the Boys and Girls Club during the event Wednesday.