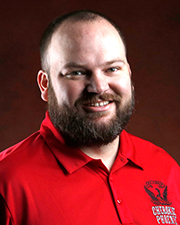 Tyler Thomas is the Executive Editor of the Cherokee Phoenix. He currently lives in Prairie Grove, Arkansas, but calls Stilwell, Oklahoma his hometown. After graduating Stilwell High School, Tyler attended the University of Oklahoma, where he received a Bachelor’s of Arts in Journalism from the Gaylord College of Journalism and Mass Communication in 2012. He also graduated from the American Indian Journalism Institute at the University of South Dakota in 2011.

He is married to Madison Thomas. The couple has two daughters, Evan and Chandler, and one son, Theodore. 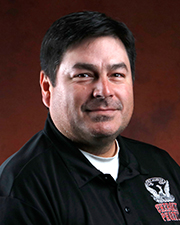 Mark Dreadfulwater has worked for the Cherokee Phoenix since 2006. He began as a graphic designer, a position that exposed him to all factions of the organization. Upon completing his journalism degree from Northeastern State University in 2009, he was promoted to media specialist, switching his main focus to videography and visual journalism while maintaining his design duties. In 2012, he was promoted to multimedia editor. He is married to Shannon Dreadfulwater. The couple has one daughter, Stormie.

He is a member of Native American Journalists Association, Society of Professional Journalists and Society for News Design. 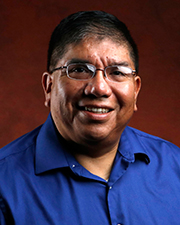 For many years he has been advocate for Indian rights and has written numerous articles and editorials on Cherokee history.

He is a member of the Native American Journalists Association, an organization made up of professional Native journalists from throughout North America and Canada. He is also board member for the Oklahoma Chapter of the Trail of Tears Association.

Growing up northeastern Oklahoma, Will learned the language, traditions and culture of the Cherokee people from his Cherokee mother and grandparents. He also appreciates his father’s culture and when possible attends annual traditional dances held on the San Felipe Reservation near Albuquerque, N.M. 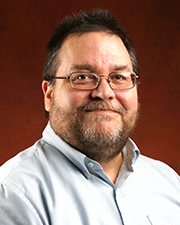 Sean Rowley was hired by the Cherokee Phoenix at the beginning of 2019. Sean was born a long time ago in Tulsa, where he grew up and attended Booker T. Washington High School as a freshman before moving to Pawnee County and graduating from Cleveland High School in 1987.

He graduated sans honors from Northeastern State University in 1992 with a bachelor of arts in mass communication with emphases in advertising and public relations. Sean briefly held sports editor positions with the Tahlequah Daily Press and the then-McAlester News-Capital and Democrat before being hired to the sports desk at the Tulsa World in June 1993. He moved to the design desk at the end of 1996, where he remained until January 2009. He held a position within the NSU Office of Communications and Marketing before returning to the Tahlequah Daily Press as a news and political reporter in 2013. There, he accumulated a number of Associated Press and Oklahoma Press Association awards for news coverage, adding to awards won as a part-time reporter in his college days with the TDP, Cleveland American and as co-editor of The Northeastern.

Sean is perilously carnivorous and likes to grill meats of all sorts over different woods. He also enjoys pitching a tent in the outdoors for a few nights as his schedule allows. 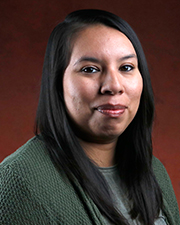 She is a member of the Native American Journalists Association and has won three awards for the Giduwa Cherokee News and one award for the Cherokee Phoenix. 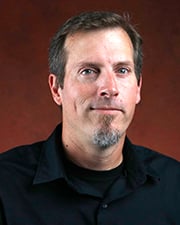 Chad Hunter has spent more than two decades in the newspaper industry as a reporter and editor in Arkansas, Oklahoma and his home state of Missouri. He began working for the Cherokee Phoenix in late 2018.

As a reporter, Chad earned awards from the Associated Press and state press associations in the categories of beat reporting, news, photography, columns, history and investigative reporting. As an editor, he was honored in layout/design categories and helped lead newsrooms to numerous General Excellence awards.

He and his wife currently reside near Stilwell with pets large and small. 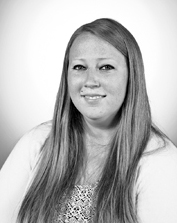 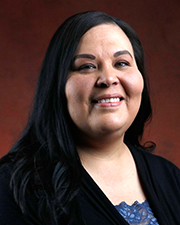 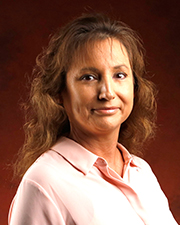 Joy started working for the Cherokee Nation in 2001. She is currently the Administrative Assistant of the Cherokee Phoenix. 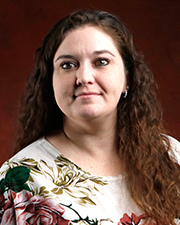 Samantha Cochran joined the Cherokee Phoenix as an advertising representative in 2014 and has worked in advertising and marketing since graduating from Gore High School in 2005.

Being a Cherokee Nation citizen, she competed in Cherokee quiz bowls throughout high school and has taken Cherokee classes regarding culture, people and language. While working for the Cherokee Phoenix she has broadened her knowledge about the Cherokee people and culture.

Samantha is married to Chris Cochran and they have four children: Tucker, Alex, Ashlyn and Summer. 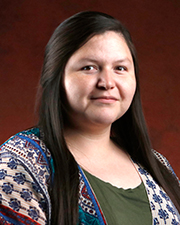 She is married to Jeremy Howard. They have two children, Lyllyann and Keigen.