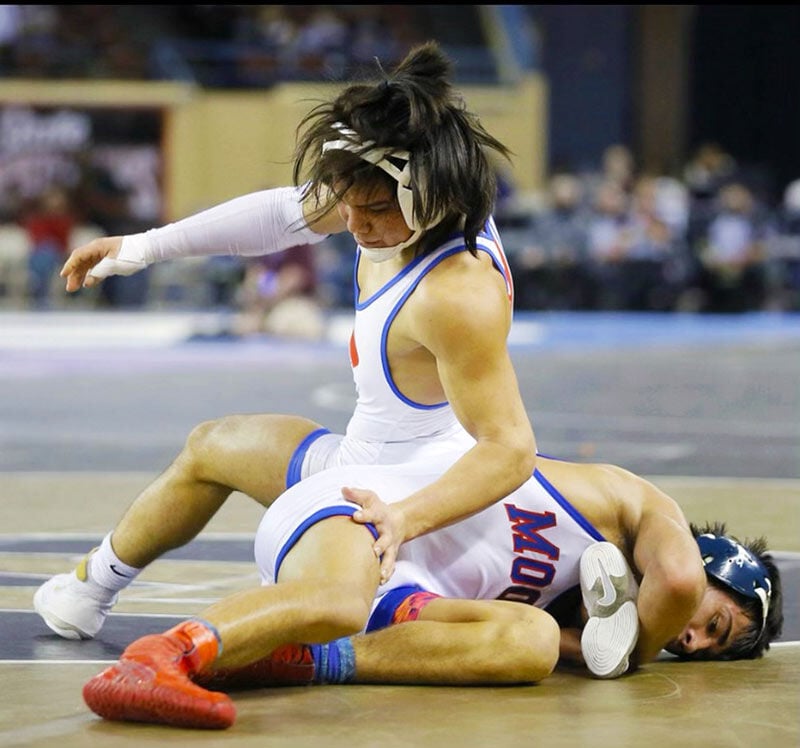 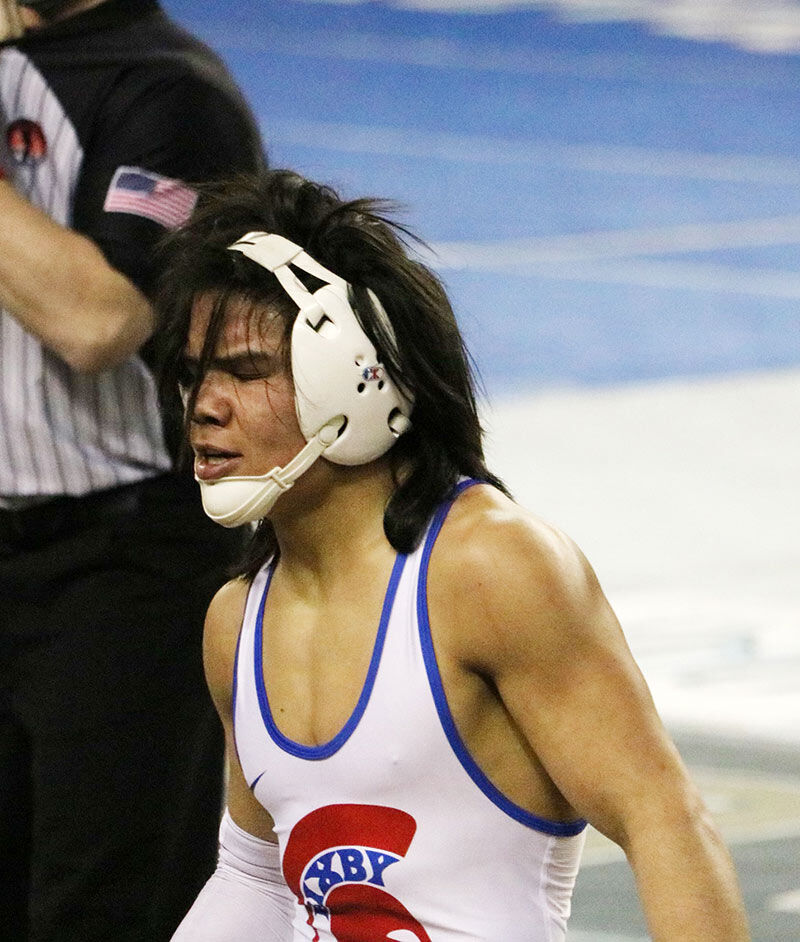 BIXBY – Two of Cherokee Nation citizen Zach Blankenship’s goals going into wrestling season were finishing the season because a surgery cut his season short last year and to win an individual state championship.

The Bixby High School junior accomplished both goals and won the Class 6A individual wrestling title at 132 pounds on Feb. 27. He said his last match for the championship against two-time state champ Zeke Escalera, of Moore, was his “toughest match all year.”

“Me and him both had undefeated records going into the match, which added a tremendous amount of hype around it. We ended up battling the first three periods to a 1-1 match and had to head into overtime. There, he ended up getting to my leg and we fought for 30 seconds before I was able to get out of it and score with 15 seconds left,” Blankenship said.

He defeated Escalera 3-1 in overtime. Blankenship also won a state championship as a freshman after missing last year’s state tournament with an elbow injury.

Along with training, competing and trying to stay injury free, he had to be mindful of COVID-19 restrictions this season.

“It has been a grind having to train with the tedious COVID precautions this year, and we’ve even had to cancel some tournaments and duals because of the virus,” he said. “I was out for 10 days due to COVID, which was tough because it meant 10 less days to prepare for state. However, my coaches made it work, and we did virtual workouts and worked on the weekends our tournaments got canceled.”

Blankenship praised his coaches and teammates for helping him have a successful season. “I wouldn’t have been able to win without them. My coach, Shane Roller, has been my coach since third grade and has made me what I am today. I owe him much of my success. He’s helped me become a better wrestler and person. My other coaches include Brock Moore, Kenny Giddeons, and Brian Douglass who have been crucial in not only my success, but my team’s success as well. They’ve all worked hard to make sure we’ve had a season and pushed us to have one of the best wrestling teams Bixby has seen in a long time.”

“We’ve all endured the COVID-ridden season together and preserved through it together, which I believe only made us closer as a team. I have great practice partners in the room like Christian Kaiser, Jace Roller, Caden Kelly and Jakeb Snyder that help push me to better,” he said. “I was able to take home the ‘6A Outstanding Wrestler of the Tournament’ for state this year, which I am grateful to have received. Much love to Isaac Gibson, who is our only senior this year, and Erik McCown, who is heading back to his home in California after this year.”

He said his family and faith also played an important role in his motivation and success.

“I owe all my glory to God for I would not be where I am without him. My parents, Dennis and Povi, have also pushed me to be my best and supported me my whole life in sports. I work hard to make them proud, and I have the support of my siblings as well.”