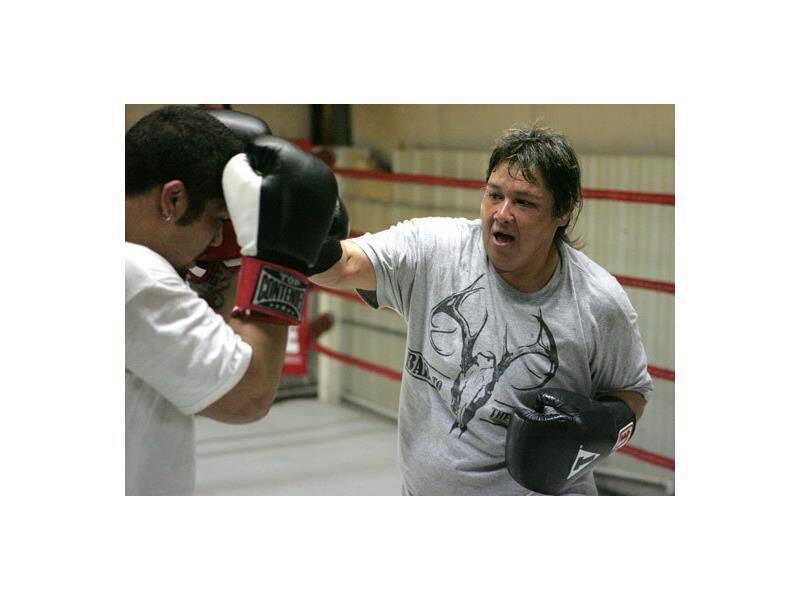 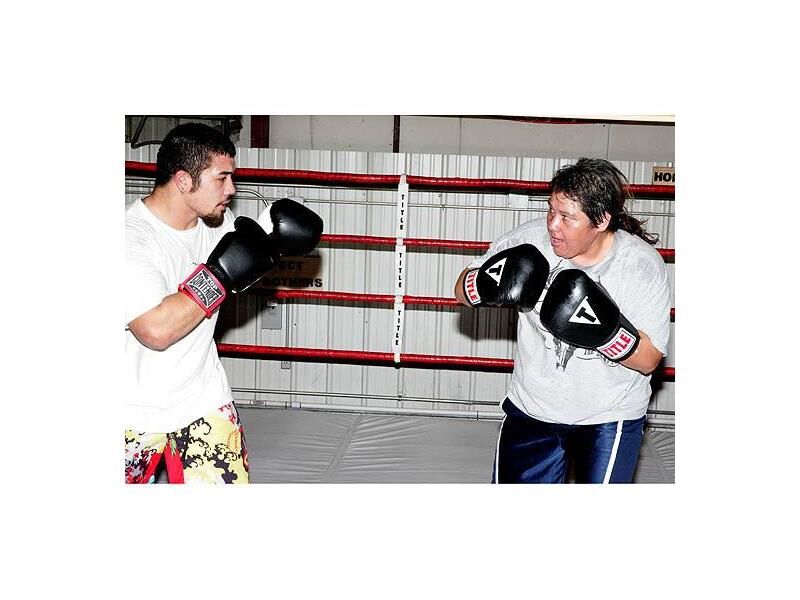 "I started in Toughman in 2001," she said. "I continued on there, and they told me I couldn't fight anymore because I won too many in Muskogee. That was my limit from what they said."

With area contests closed to her, she competed in the Toughman World Championships, where she finished eighth out of 32 competitors.

Despite her success with a record of 5-1 and world championship appearance, Soap never formally trained in the sweet science of boxing. Melissa Drywater, trainer and owner of Dawg Pound Fight Academy in Tahlequah, said Soap's success at the Toughman Contests is unheard of with no formal training.

"I met Paula about two years ago," Drywater said. "She told me she was a Toughman fighter, so I started working with here. She was a brawler, and she is a tough woman for sure. But I saw that she had potential. She had a lot of potential and raw talent. She was just an undeveloped fighter."

Since beginning training, Drywater has turned Soap into a more polished boxer.

"It's so rewarding for me as her trainer to get to work with her and watch her develop from when she was just a Toughman brawler," Drywater said. "Now, she's a professional boxer. It's amazing to see the development over the months in this past year."

The development Soap has shown has made it difficult to book professional fights. Within the last several months, opponents have cancelled scheduled bouts late leaving no time to find a replacement.

It's been discouraging for Soap to keep training for fights that never materialize, but she keeps a positive attitude.

Her hard work and dedication paid off on Feb. 18 at Remington Park in Oklahoma City as she made her professional boxing debut, facing Jenea Brant of Saint Joseph, Mo.

Soap said she was nervous going into the fight and was pacing the floor a lot, but those nerves settled once she stepped into the ring.

"They (nerves) just go away," she said. "It's always been that way. I don't know what it is, but once you step in that ring, they just go away."

The match was scheduled for four, two-minute rounds. However, Soap only needed 1 minute, 45 seconds in the first round to win with a knockout.

With her first pro fight out of the way, Soap said she would work harder and fight as long as she can.