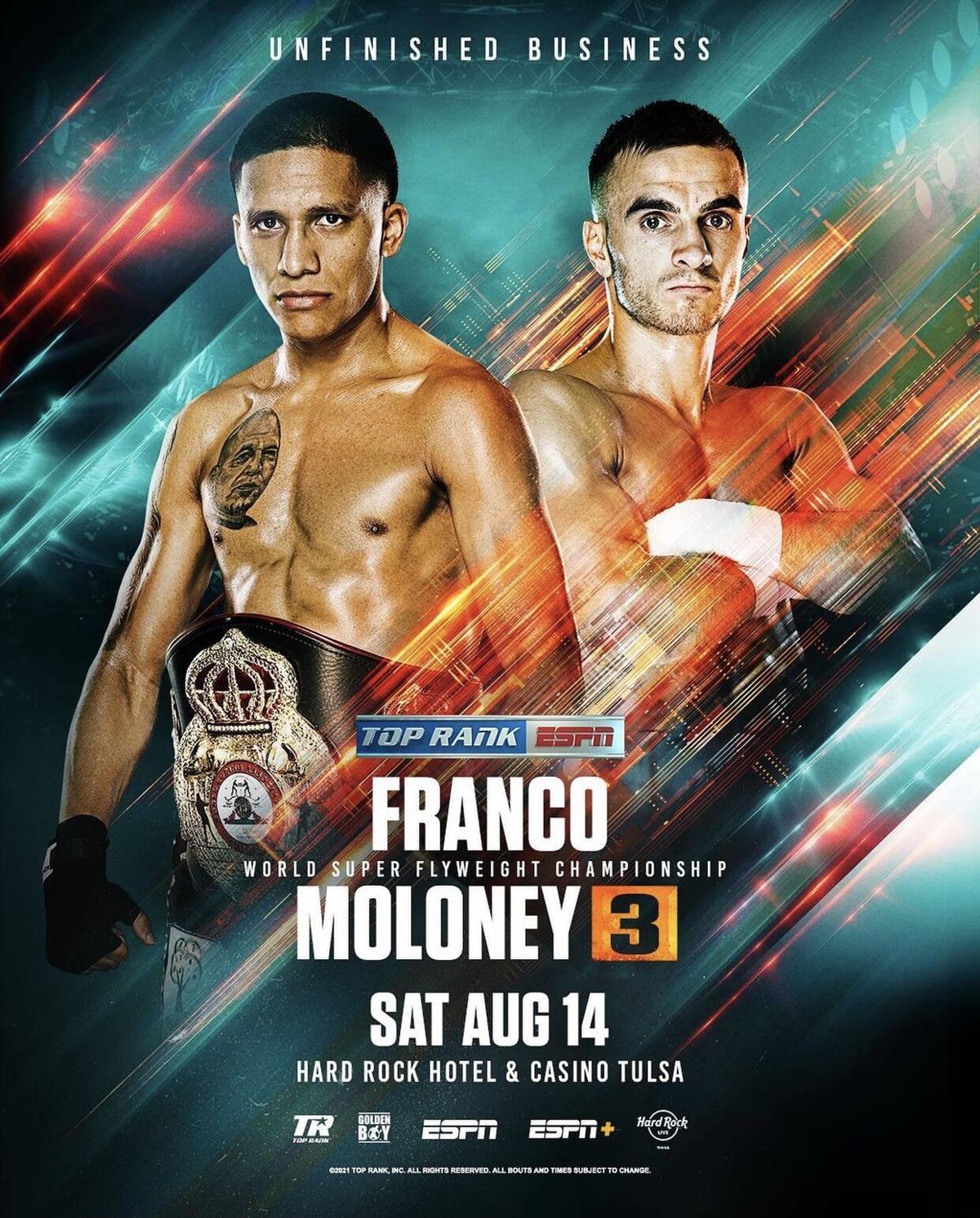 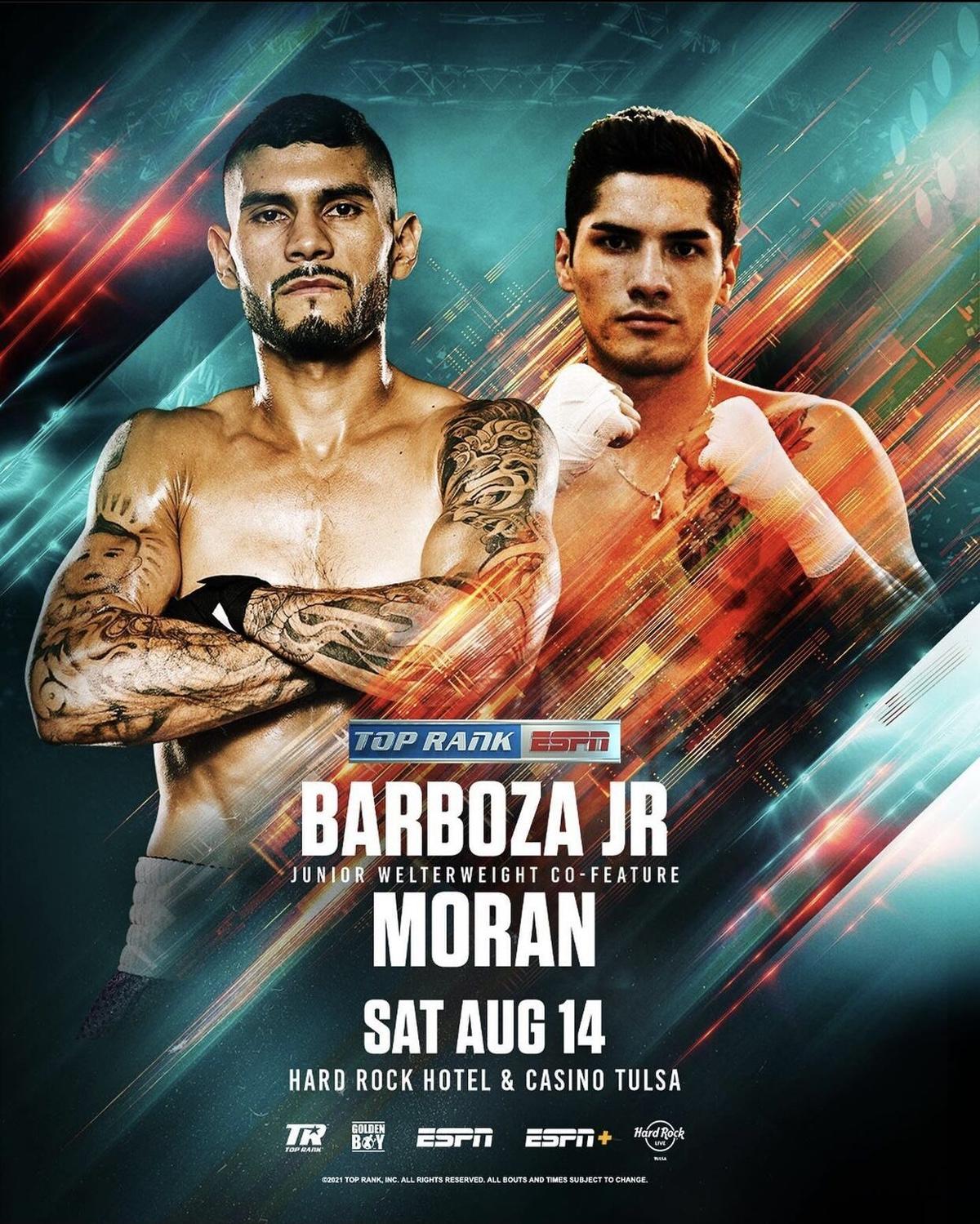 CATOOSA – The boxing ring has arrived at Hard Rock Live as it hosts the WBA Super Flyweight Championship on Saturday. The fight card’s first bell will ring at 5 p.m., with headlining matches beginning at 9 p.m.

Tickets start at $49.50 and are on sale at tickets.hardrockcasinotulsa.com.

Franco (17-1-2, 8 KOs), from San Antonio, Texas, upset Moloney via unanimous decision last June to win the world title. But in their November 2020 rematch, Moloney (21-1, 14 KOs) dominated Franco over the first two rounds before swelling under Franco’s right eye prompted the fight to be stopped. Many ringside observers believed a punch caused the damage, which would’ve resulted in a TKO victory for Moloney. The referee in Nevada determined the swelling came from a headbutt, and following a nearly 30-minute replay review, a no contest meant Franco retained his title. The controversy did not subside, and less than one month after the disputed conclusion, the WBA mandated a third fight.

The tripleheader will also be supported by an undercard that includes a 10-round Jason Moloney-Joshua Greer Jr. bantamweight battle, Tulsa heavyweight favorite Trey Lippe Morrison, son of the late Tommy Morrison, and the Top Rank debut of 2016 U.S. Olympian Karlos Balderas.

The Tulsa tripleheader will be televised live on ESPN & ESPN Deportes (simulcast on ESPN+) at 9 p.m. CST. Undercard matches will be shown exclusively on ESPN+.