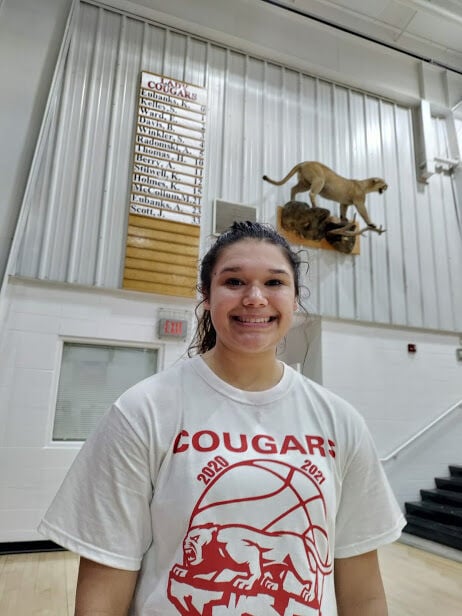 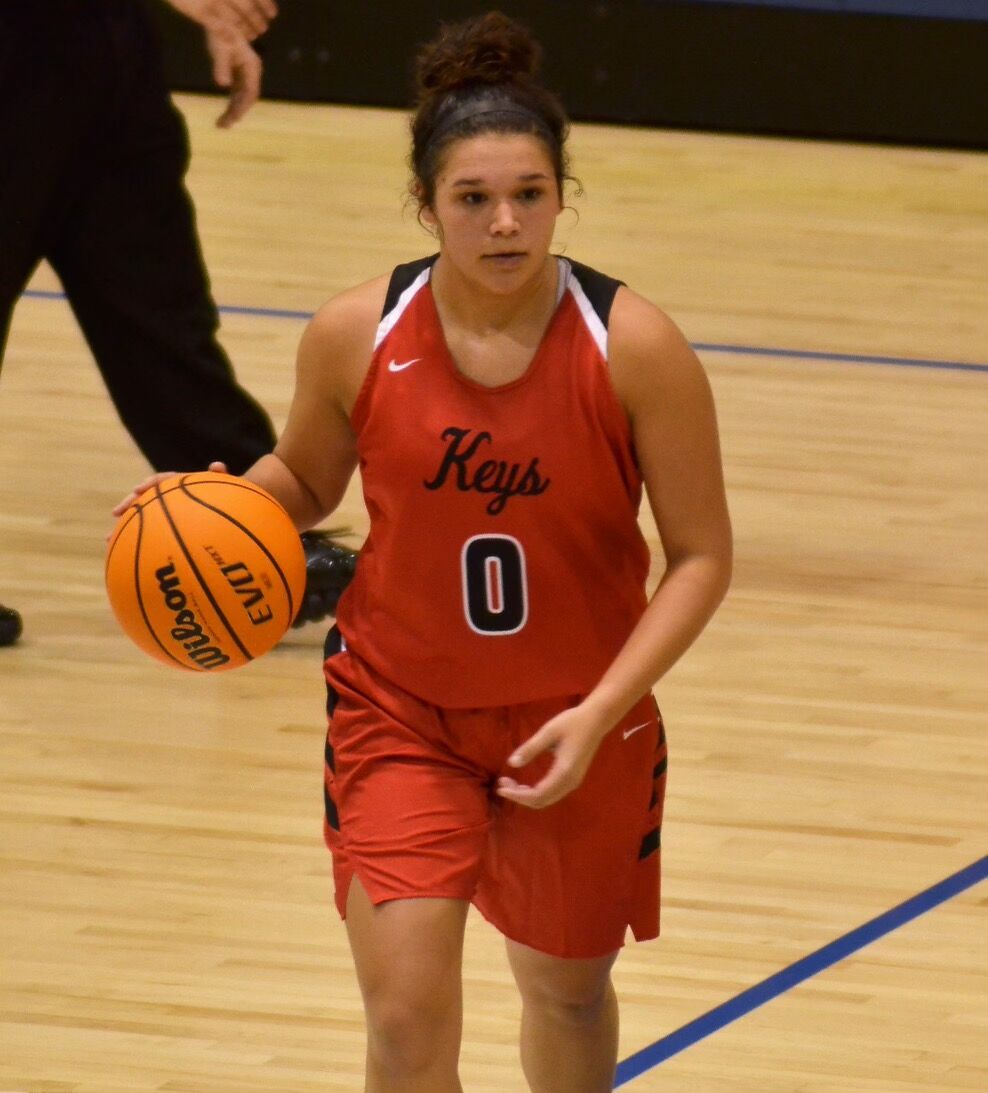 Kylie Eubanks averaged 20.8 points per game to help the Cougars to a 17-3 record.

Kylie Eubanks averaged 20.8 points per game to help the Cougars to a 17-3 record.

PARK HILL – Kylie Eubanks has had a successful tenure with the girls basketball team at Keys High School, and she still has a year to go.

Eubanks, a 5-7 junior, has scored more than 1,000 points in her three seasons with the Cougars, finishing the 2020-21 campaign with 1,245 points. She hit 34 three-pointers through 20 games, shot 45 percent from inside the arc and 69 percent from the free-throw line. She also recorded 38 steals and 21 blocked shots.

“It was pretty exciting and probably one of my individual goals,” Eubanks said of reaching 1,000 points. “It was a goal I had as a freshman coming into high school, and it was exciting to reach it.”

Eubanks was named the Tulsa World Girls Player of the Week on Jan. 27 after pouring in 99 points over a span of five games that included the Chouteau Tournament championship – in which she earned MVP honors – and victories over Adair and Hulbert. It was the week that Eubanks eclipsed 1,000 points.

The KHS Cougars were ranked as high as No. 5 in 3A. They were also champions of the Haskell and Warner tournaments, and Eubanks was named the MVP of both.

Keys ended its season with a 55-38 loss to Morris on March 5 at Henryetta in the 3A Area IV tournament, with the Cougars posting a 17-3 record. Eubanks averaged 20.8 points and 7.9 rebounds per game.

KHS head coach Rick Kirkhart said he was not aware of any other player putting up 1,000 points in just three seasons for the girls team. He added that Eubanks is the type of player that that coaches regard as highlights of their careers.

“Not just as a basketball player – she is very dedicated,” Kirkhart said. “She come to work every day and gives 100 percent, no questions asked. It’s joyful for me as a coach. We’re hoping she can reach 2,000. That’s truly attainable for her.”

Eubanks described her role as a shooting guard, but said, “I also slash – I’m kind of everywhere.”

“I score most of my points inside, but I can shoot outside, too,” she said.

When she was in kindergarten, Eubanks joined a basketball team of first- and second-graders because there was no team for kids her age. It was a rugged start to an athletic career and the first of many lessons learned that she applies on the court.

“I take a lot of pride in trying to be a leader out there,” she said. “I try to offer leadership, help other people out, and be the best teammate I can be.”

KHS assistant coach Amy Hamilton has coached Eubanks since 2016 – when Eubanks was in seventh grade.

“Kylie Eubanks has been a bright light from the time she stepped on the court at Keys High School,” Hamilton said. “She has started every game since her freshman year. She is quiet, steady and a lead-by-example player. She puts in more time than anyone else and works incredibly hard. She is selfless, and care about her team more than her personal accomplishments.”

As might be expected, Eubanks is receiving some correspondence from college programs.

“There is a little interest,” she said. “I haven’t really decided yet, but right now I’m thinking I’ll probably stay in-state. I’d like to stay close to home. Some of my family speaks fluent Cherokee, and I’ve grown up around that. I was very aware of my Cherokee heritage growing up.”