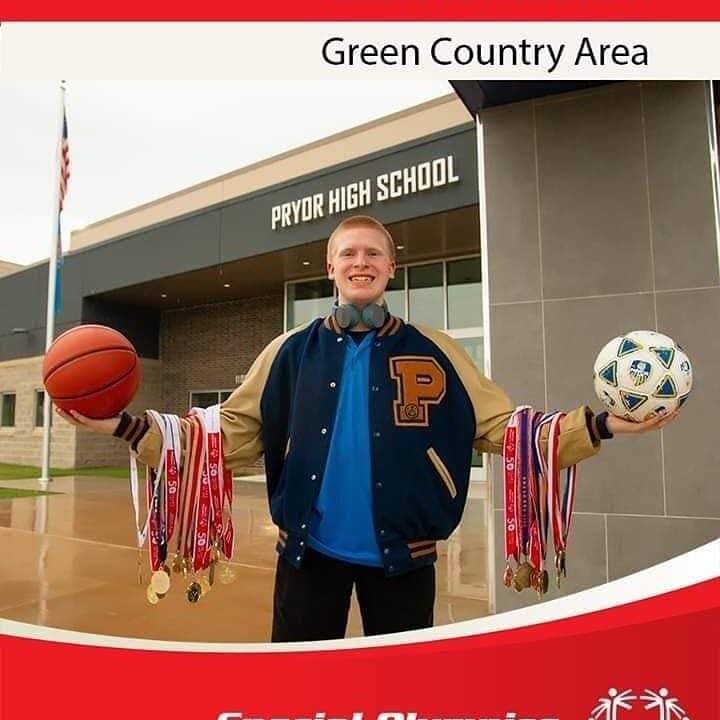 He gets a lot of attention for his prowess as a swimmer, but Cherokee Nation citizen and Special Olympian Ethan Minton is a multi-faceted athlete. 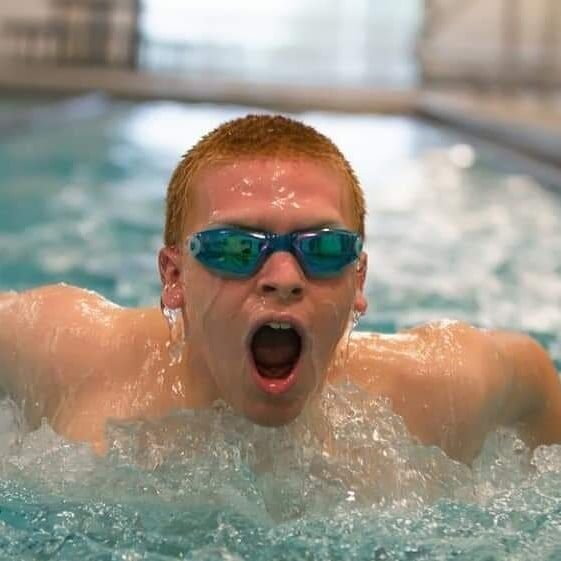 Ethan Minton has won 16 gold medals in swimming competitions, and he will soon compete at the Special Olympics USA Games.

He gets a lot of attention for his prowess as a swimmer, but Cherokee Nation citizen and Special Olympian Ethan Minton is a multi-faceted athlete.

Ethan Minton has won 16 gold medals in swimming competitions, and he will soon compete at the Special Olympics USA Games.

PRYOR – Next year, a Cherokee Nation citizen and Special Olympian will be headed to Orlando, Fla., to participate in swimming events at the Special Olympics USA Games.

Ethan Minton, 19, loves to play sports of all sorts, but as a swimmer, he has won 16 gold medals and will represent Oklahoma at the national level.

“I’m getting really excited,” said Minton, a 2020 graduate of Pryor High School. “I’ve been practicing for a whole lot of weeks. I haven’t stopped practicing.”

Minton’s teammates are from different parts of the state, so he is conducting some training in Edmond. But he also trains at home, and training isn’t all swimming.

“I go out for walks, and I’ve been doing some exercising, even with a yoga exercise video, and a little exercise dance,” he said. “I’ve also been following (former professional wrestler) Diamond Dallas Page. I was the biggest wrestling fan for the past eight years.”

Minton’s mother, Susie, said her son deals with autism and developmental delays. His love of wrestling is one way in which his condition can manifest noticeably.

“He can tell you how much any wrestler weights,” Susie said. “Give him a name, and he can give you all their stats.”

Ethan enjoyed playing many sports while he was in school, beginning with track and field in seventh grade through Special Olympics at Pryor Public Schools.

“As the school added sports, he joined them all,” Susie said. “He also played basketball, softball, volleyball, soccer, and he joined the swim team when Pryor began competing in 2017. He began swimming at a young age and always enjoyed going to the lake and swimming in his Nana’s pool in her backyard as he was growing up. We also held a swim party at the rec center every year for his birthday.”

“Ethan won gold in every event he was in that year,” Susie said. “He began with 25-meter freestyle, 25-meter butterfly and the relay. He worked up to 50-meter, and as a senior he competed at the 100-meter distances. He was also part of the first unified volleyball team that won the first state championship in Oklahoma Special Olympics, which was sanctioned by the (Oklahoma Secondary School Activities Association).”

As a medalist at the state level, Ethan was eligible to apply for selection to the USA Games.

“We applied with reference letters from coaches and others, and went through the process with Special Olympics Oklahoma,” Susie said. “Athletic Director John Seals visited Claremore on May 20 to let Ethan know he had been chosen.”

To make the trip to Orlando, SOOK is asking that each athlete’s family contribute $1,000 to offset the expenses, but families often fundraise for more to help the Special Olympics. Ethan’s family wants to raise $1,500 through his Special Olympics fundraising page, and as of mid-August, the total was $1,318. Special Olympics Team Oklahoma is also seeking donations. To make a donation, visit https://www.classy.org/fundraiser/3302596.

With the help of Tribal Councilor Keith Austin and CN employee Brad Eubanks – also known through his wrestling persona “Fuel” – the CN donated $700 for Minton’s trip to Orlando.

“I have ribbons and lots of medals for winning at the state games,” Minton said. “I’m still excited to go to nationals next year in the summer.”