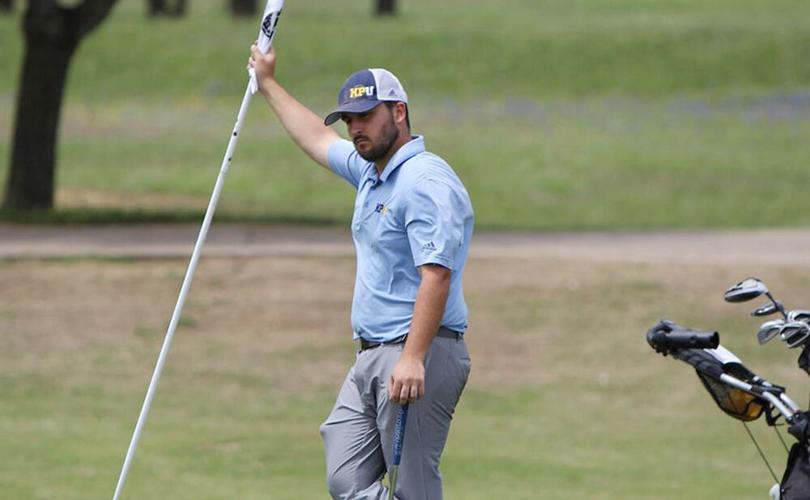 During his years playing golf for the Howard Payne Yellow Jackets, Brady Nelson has often been the No. 3 player in tournaments and invitationals. 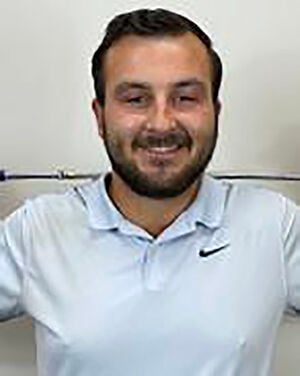 BROWNWOOD, Texas – Golf has a reputation as a sport for gentlemen and ladies, devoid of flexing and smack.

So it might not be a surprise that the American Southwest Conference chose a golfer – Cherokee Nation citizen Brady Nelson of Howard Payne University – as its Sportsmanship Athlete of the Year for 2021-22, but it did mean he stood out in a sport known for polite competition.

“I play against different players,” Nelson said. “In some tournaments I play against the big dogs, and in others I play against the other dogs. Last season I got to play against some kids from Canada and another from the United Kingdom, and they were really interesting. I enjoyed talking with them, and I guess I was just nice and talkative and won the award.”

Nelson, 21 and entering his senior year, said he is always curious about the differences between people, especially those who travel from so far away.

“I think, living in America, we don’t always think of other people and other ways of doing things,” he said. “I like to meet new people. I’m outgoing and ready for anything. When meeting the kids from Canada, it was fun to hear how they live and the different aspects of their culture. The player I met from the U.K. was really mature because he had started college at 22. I am absolutely interested in other cultures.”

Teammates and opponents are also interested in Nelson’s culture. They often want to hear about Nelson’s Native citizenship.

“At first, they don’t believe me,” Nelson said. “They say ‘you’re not Cherokee’ and I swear that I am and show them my (CDIB) card. They joke with me about it from time to time, but they’re absolutely interested. I’ve known from a young age that we were Cherokee, but it wasn’t until I got into college that I really started looking into it and talking about it. I did a project last semester about the Cherokees. Being Cherokee has impacted me in ways that are difficult to put into words, but have been very beneficial to my life.”

Originally from Rock Hill, Texas, Nelson said he might also have been recognized for his sportsmanship because he maintains his demeanor. Golfers may not talk trash to each other, but they often get flustered with themselves.

“I try to be nice,” he said. “Golf is a frustrating sport, but my coach has told me he believes I’m the glue that keeps the team together. He once said he couldn’t tell by looking at me whether I was having the best round of my life or the worst. I try to keep a cool head.”

As an HPU Yellow Jacket, Nelson has usually been the No. 3 golfer in the tournaments in which he took part. Last season, he appeared in nine tourneys for HPU, recording a season-low of 73 in the first round of the Texas Cup at The Courses at Watters Creek in Plano. He is hopeful the Yellow Jackets can win the ASC and qualify for the NCAA Division III men’s golf championship tournament.

Nelson took up golf after following his father to the links.

“I was actually big into baseball as a kid,” he said. “It was my favorite sport. But then one time my dad brought me and my sister up to the course. He handed my sister a club, and she hit him square in the face with her backswing. Well, I was hooked and I’ve been hooked ever since. Some people see it as you playing the course, but I don’t see it that way. You’re not playing the course. You’re battling against yourself.”