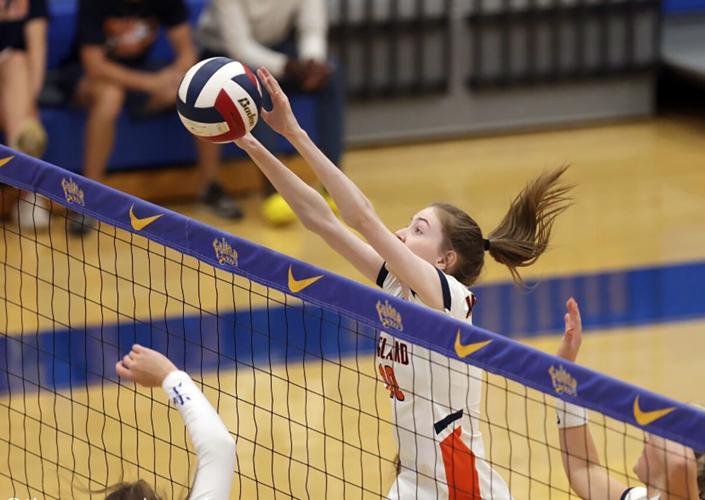 Cherokee Nation citizen Hannah Pfiffner plays middle blocker for the Wakeland High School volleyball as well as the Texas Advantage Volleyball club. She was recruited to continue playing at the University of Oklahoma next year. 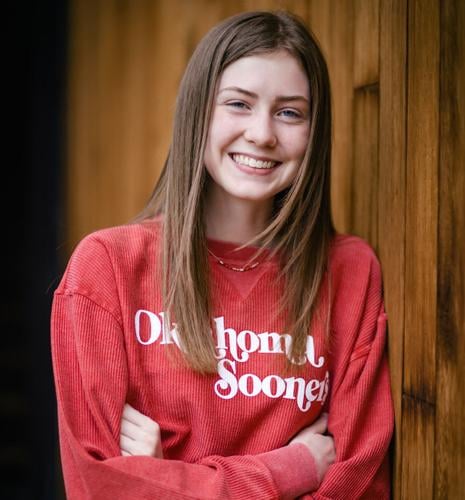 FRISCO, Texas – Cherokee Nation citizen Hannah Pfiffner committed to play volleyball for the University of Oklahoma as a high school junior. Now a senior at Wakeland High School, she is one step closer to beginning her collegiate athletic career.

Pfiffner started playing volleyball in the second grade and joined club volleyball when she was 13. She is currently in her last season for Texas Advantage Volleyball for team 18’s Black.

TAV is one the top club volleyball programs in the nation and Pfiffner said she worked her hardest when she was on the 16’s team to get noticed by college scouts.

“I worked really hard, especially my 16’s year because I knew that was the year that we all get recruited,” she said. “And so I knew I needed to work really hard to get there just so other coaches can see me play and all that.”

She has several accolades to her name playing for her high school and for TAV.

In high school for the 2022 season alone, she was named to the American Volleyball Coaches Association High School All-Region Team, was on the AVCA All-American Watch List, on the Sportsday HS Preseason All-Area volleyball team and on the district and area champion team. At TAV, in 2020, 2021 and 2022, her team won several national qualifier championships, she was on the Prep Volleyball Class of 2023 Top 150 Watch List, and is No. 75 in the 2023 Prep Dig’s National Rankings.

When Pfiffner started getting college offers and made an official visit to OU, she knew that’s where she wanted to be.

“I love everybody, everyone in the program like the coaches, players, and just everybody,” she said. “They were so kind to me when I first visited, and it was just such a great environment. That’s really what I was looking for in a program and in a school. And OU really just checked all those boxes for me.”

“So I grew up learning about my heritage from my grandfather,” she said. “So, he was super excited when I committed, but yeah, I definitely think it’ll be an opportunity for me to learn a lot more, which I’m really excited about.”

Though volleyball is the main focus, Pfiffner is also an accomplished track and field athlete and is a two-time high jump state champion. She will attempt a three-peat in her senior year.

She began track and field in seventh grade and was district champ by the end of eighth grade. In high school, she focused on the high jump event.

“I just felt like I was really good at it. And I had been improving for the two years I did it in middle school. And so, my freshman year I was put on varsity, and I did really well. I was winning all the meets that I was able to go to and then COVID hit, so the season got cut short,”

When it picked back up her sophomore year, she won her first state title and again as a junior.

“I won with a PR (personal record) of 6-foot, which I didn’t realize I was going to get to. It was so crazy. It was like mind blowing but a ton of fun,” she said.

Pfiffner said that training for volleyball and the high jump go hand in hand as she works on her vertical jump for both. In volleyball, she plays the middle blocker position.

“Typically, middles will jump off one leg. And that’s kind of the same thing in high jump. So, I feel like in volleyball, I jump off one leg, but high jump is the opposite leg,” she said. “It helps like even it out, I guess. And in both sports, I do a lot of like vertical training, which is really important because it helps me jump higher, obviously. And so that’ll help me improve a lot. And then agility as well, that helps a lot in volleyball but also in high jump because you need to have a quick and strong approach up to the mat and everything. So, yeah, they definitely do go hand in hand.”

Pfiffner will attend OU in 2023 and plans to study professional writing.